Noted in Passing (In Passing): Updates as they happen [ Monday ] [Tuesday]

This is a masterpiece pic.twitter.com/hXSiwKcqjV

Zookeepers Scramble To Vaccinate All Lizards After Hearing Pelosi Got COVID “Reptilian humanoids are ancient creatures from an unnamed space quadrant the government doesn’t want you to know about,” said George Noory, host of the radio program Coast to Coast AM. “COVID might turn out to be a great thing if it wipes them off the face of the flat earth and allows us to see beyond the veil to all the UFOs and ghosts the government is hiding.” According to sources, zookeepers are separating reptilian species from each other and applying tiny little masks to their faces until they can receive a second dose of the vaccine.
BLM Leaders Call For Renewed Protests This Summer After Finding A Fantastic Beach House For Sale On Zillow
Bidenflation: Energy Prices Soar 32% Overall in the Last 12 Months
DON’T LOOK! FOR THE LOVE OF GOD, MONTRESSOR, DO NOT LOOK!!!
Climate Crusader Lizzo Poses While Boarding (Another) Private Jet
Meanwhile . . . in Pakistan:

David Mamet: Donald Trump Is the Left’s Real Leader Because Their Hatred ‘Unified Them’ “There’s only one way to achieve excellence in the mob, and that’s by being more outrageous than everybody around you. So that’s why the mob grows in fury — because they keep pushing each other in search of status and power. They keep pushing farther and farther to the left.” 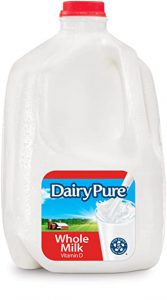 Amazon.com: Tuscan Dairy Whole Vitamin D Milk, Gallon, 128 oz
From the window came a stirring, then, with an incessant purring,
Inside stepped a kitten; mannerlessly did she me ignore.
Not the least obeisance made she; not a minute stopped or stayed she;
But, with mien of lord or lady, withdrew to my dining floor –
Pounced upon the pool of Tuscan spreading o’er my dining floor –
Licked, and lapped, and supped some more.

Then this tiny cat beguiling my sad fancy into smiling,
By the grand enthusiasm of the countenance she wore,
Toward the mess she showed no pity, ’til I said, ‘Well, hello, kitty!’
Sought she me with pretty eyes that seemed to open some rapport.
So I pleaded, ‘Tell me, tell me what it is that you implore!’
Quoth the kitten, ‘Get some more.’

IF WE BELIEVED IN OMENS we’d not think this shooting was “random” the day after new gun regulations are put forward by the BidenBot . . . 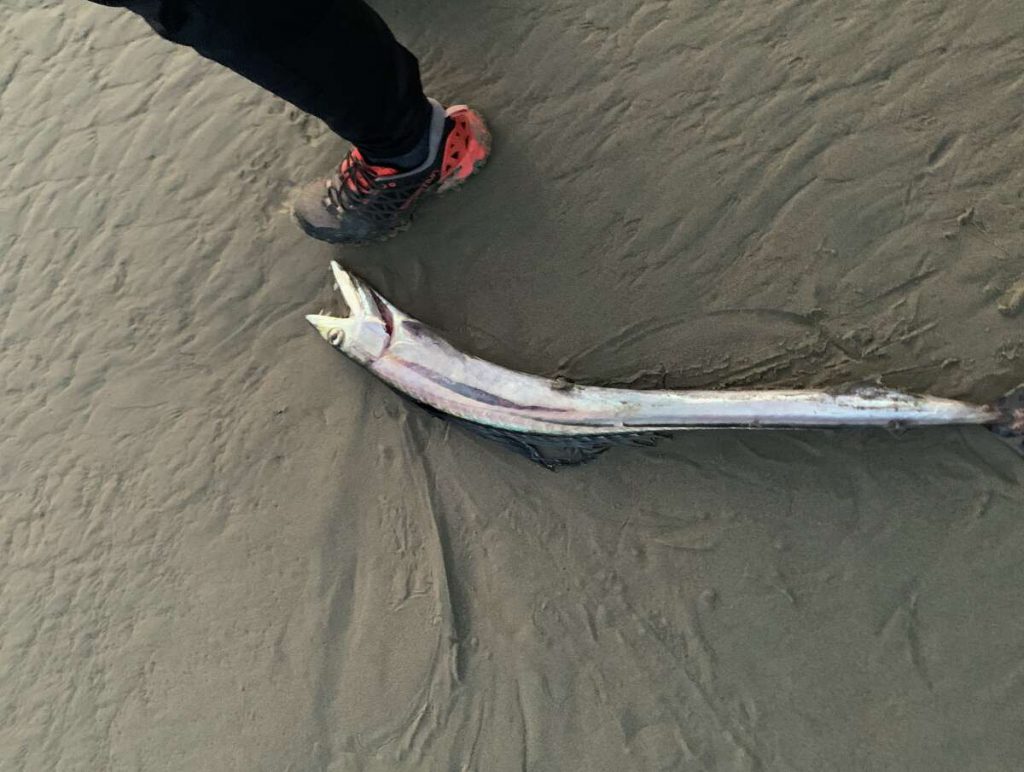 Rare predatory fish washes up on Bay Area beach And there are more reasons this species is unusual: The fish are hermaphrodites and thus have both male and female reproductive organs. This fish’s scientific name is Alepisaurus, which means “scaleless lizard.” This fish has no scales and has skin covered in pores, NOAA said. 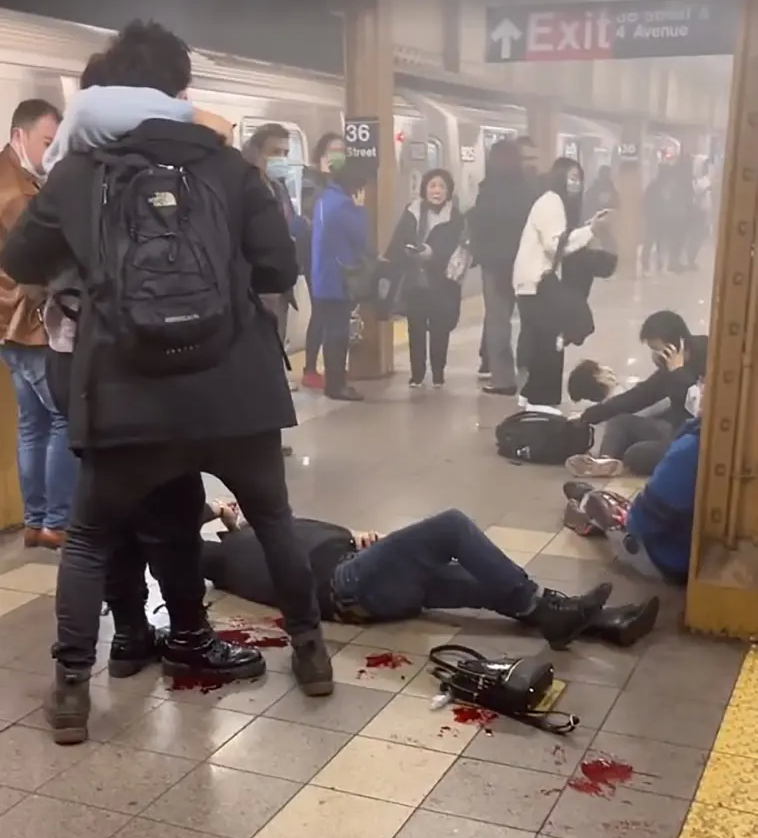 NYPD investigating Brooklyn subway shooting At least 13 people were injured, including five believed to have been shot, in a gruesome attack in a Brooklyn subway station during Tuesday morning rush hour, officials and NYPD sources told The Post.The bloody incident broke out around 8:30 a.m. at the 36th Street station in Sunset Park, where authorities discovered several undetonated devices, FDNY and police said. She said she saw the man –who was described as a 5-foot-5 black man, around 170 pounds wearing an orange vest and gas mask– drop some kind of cylinder that sparked at the top.” I thought he was an MTA worker at first because I was like, I didn’t like pay too much attention. You know? You’ve got the orange on,” she said.
[NOTE: This was the train I had to take every day to get from my home in Brooklyn to my office in Manhattan. Good times.]

If you don’t live in Brooklyn, Queens, Bronx, Manhattan I don’t think you can even comprehend how many people ride NYC subways each day and what it takes for an evacuation underground. Thank you first responders helping the injured and shot. Sunset Park. 🙏 #Brooklyn #SunsetPark https://t.co/M09QKQICDY 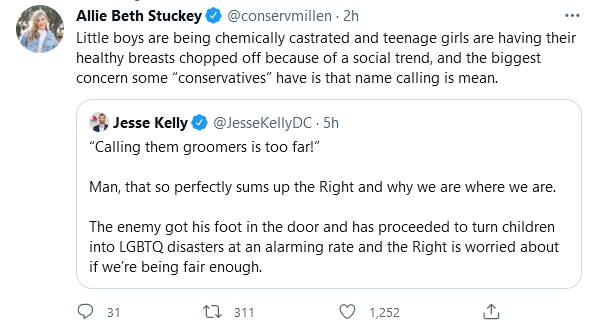 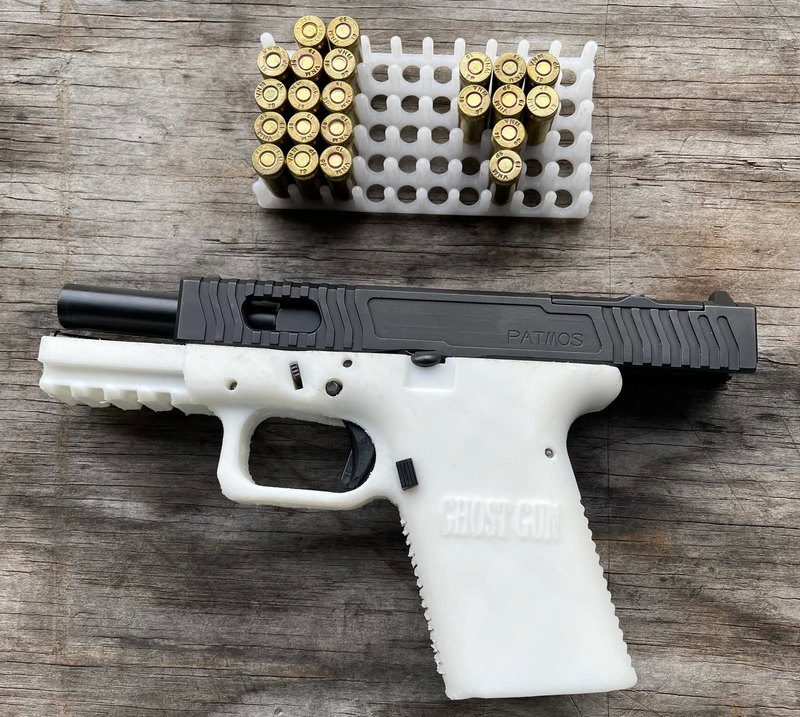 Ghost Guns: I 3D-Printed a Glock to See How Far Homemade Weapons Have Come I loaded a clip into the gun and racked the new slide, which smoothly locked into place. Taking aim at a target, I squeezed off a few rounds in a row. The spent shell casings popped out of the chamber and were instantly replaced by fresh bullets; my semi-automatic gun finally worked semi-automatically. To test what it could do, I unloaded the rest of the clip rapid-fire—boom-boom-boom-boom. There were no jams. It worked (almost) like a real Glock. 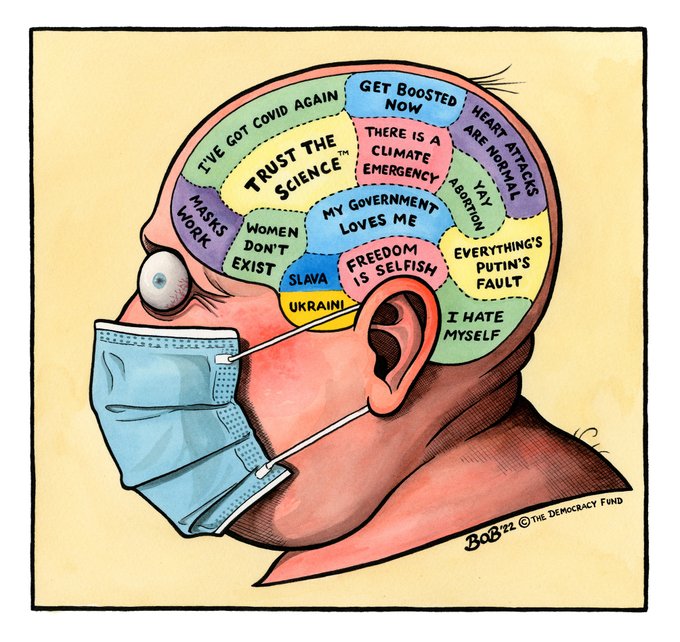 Similarly in the US, the idea that Trump voters and their resentments are nothing more than an expression of false consciousness is bonkers. The liberal institutional elites — including woke capitalists — are moralistically browbeating half the country into accepting a neoracist ideology that stands to dispossess whites of their history, status, and job prospects, solely on the basis of their skin color — and they can’t figure out why people would resent that?! Their agents are busy in schools and in the corporate and creative suites at Disney, figuring out how to queer children under the noses of parents, and these five Times writers cannot grasp why anybody would resent the hell out of that?! 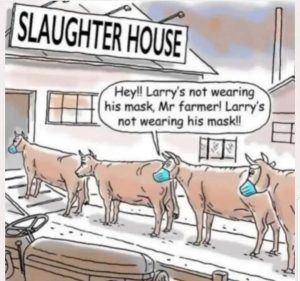 NEVER FORGET! Morgan writes: I won’t forget the China Bioweapon, ever, in part because now we know China develops bioweapons. The question remains whether they release them on purpose or by accident, but it’s settled that they develop bioweapons and they lie about them.

Also, I’m not inclined to forget about the conflict I saw paraded in front of me for two solid years. We don’t all agree about how a government works or how it’s supposed to operate. I think we elect leaders who we count on to make good decisions, and when they don’t, they’re accountable for the results. I think they’re like captains obliged to go down with the ship. I think if there are bad consequences from wrong decisions, and these consequences loom larger for the governed than for those doing the governing, something is broken and it was already broken before the decisions turned out to be bad ones.

There is this other mindset, clung to by all sorts of people walking around and living their lives…I have no idea how they do, how they get dressed in the morning. They think the position of governing people is kind of like owner equity. If you’re a “leader” you “own” everything involved in your decisions. If you make a bad decision, it’s like a child breaking a toy he owns, it isn’t anybody else’s business. Momma go buy me a new one. According to this, leaders don’t really make “wrong” decisions because there’s no way for them to make mistakes. If they break something, it’s like a child breaking a toy. They get to do that. If they won an election or were appointed by someone who was, and the term isn’t up yet then it all belongs to them. Everything they do is their right.

It’s the difference between trustees laboring under the burden of making weighty decisions for others, who will hold them to account; versus, a farmer attending to a flock of dumb beasts. Disposable beasts. Not like cows that cost a certain number of dollars per head. More like fleas in a flea circus.
RTWT @ House of Eratosthenes

You look around cities and see all these buildings go up. These men, they’re doing impossible things. They’re working on the sewers; they’re up on the power lines in the storms and the rain. (1/4)

Transfallacies — Common Fallacies Used To Justify Transsexualism – William M. Briggs They’ll say, “Well, there were always a certain number of men who wore dresses throughout history. At rare times they were indulged in this, but usually, these behaviors were proscribed; only now, do we recognize that this behavior has always been with us, so we will celebrate the behavior, and take Pride in it.” This is the Always With Us Fallacy, easily seen to be one by a simple substitution. 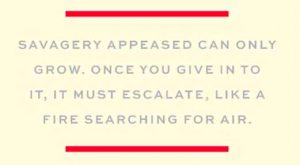 There were always a certain number of men who murdered other men throughout history. At rare times they were indulged in this, but usually these behaviors were proscribed; only now, we recognize that this behavior has always been with us, so we will celebrate the behavior, and take Pride in it.

Indeed, there were always more murderers than men in dresses, so if we award morality by proportion, murder is even more moral than crossdressing.

The Always With Us Fallacy is powerful. It caused society to conclude that sodomy was a good, and therefore there should be toleration and Pride in open homosexuality. Now you have to worry about your kids watching a Disney movie.