Who Says There’s No Good News? “No Gay Cake for You! Seven to Two” 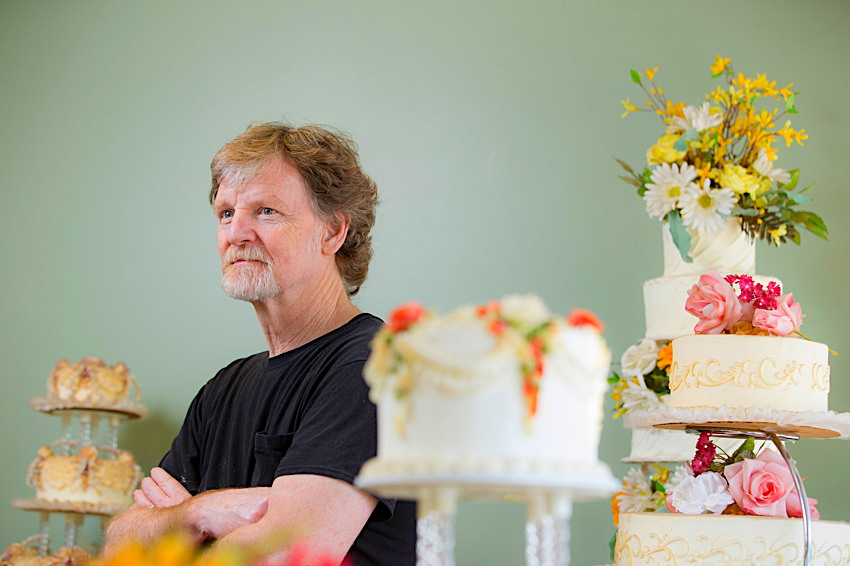 The justices, in a 7-2 decision, said the Colorado Civil Rights Commission showed an impermissible hostility toward religion when it found that baker Jack Phillips violated the state’s anti-discrimination law by rebuffing gay couple David Mullins and Charlie Craig in 2012. The state law bars businesses from refusing service based on race, sex, marital status or sexual orientation.

The ruling concluded that the commission violated Phillips’ religious rights under the U.S. Constitution’s First Amendment.

“The laws and the Constitution can, and in some instances must, protect gay persons and gay couples in the exercise of their civil rights, but religious and philosophical objections to gay marriage are protected views, in some instances protected forms of expression,” the majority opinion stated.

The ruling went on to blast comments made during the commission’s hearing that denigrated Phillips’ faith and included remarks that compared his belief in religious freedom to past instances when it was used to justify discrimination like slavery and the Holocaust.

“This sentiment is inappropriate for a commission charged with the solemn responsibility of fair and neutral enforcement of Colorado’s anti-discrimination law — a law that protects discrimination on the basis of religion as well as sexual orientation,” Kennedy said.

Justice Ruth Bader Ginsburg, in her dissent which was joined by Justice Sonia Sotomayor, argued that “when a couple contacts a bakery for a wedding cake, the product they are seeking is a cake celebrating their wedding — not a cake celebrating heterosexual weddings or same-sex weddings — and that is the service (the couple) were denied.”

Next post: Post of the Week (So Far): Bookworm Says “My ‘Trump’s America’ movie looks as if it will have a happy ending”