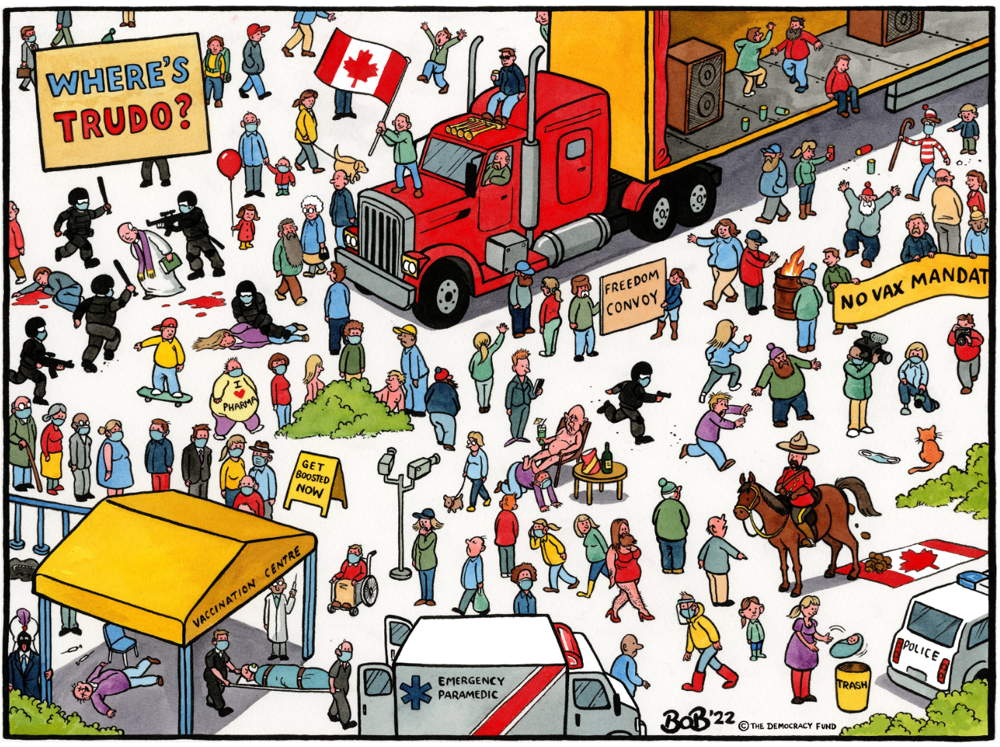 Trudeau Demands Protesters Stop Shutting Down City So That He Can Shut Down City “Let me be clear,” said the frail little socialist girl claiming to be Trudeau. “Shutting down roads, limiting people’s movement, restricting people’s freedom, and shutting down the city is unacceptable. It’s the government’s job to do that. We must break the back of this fascist blockade so that I may freely shut down roads, limit people’s movement, restrict people’s freedom, and shut down the city.” Trudeau then dropped his mic and tried to exit the building, but got stuck trying to push on a door that said, “Pull.”

“These people have sold their souls. How else can you describe human beings whose main ethos is to lie? The main driver of what they do is to lie to people. Daily.”

Next post: Strange Daze: MR WATTS owns a vast portion of Los Angeles and will speak to you for jug of water and a cup of coffee.