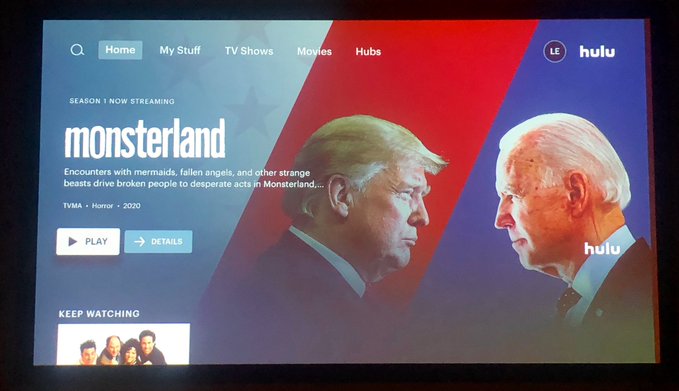 The Simulation has taken control of Hulu

Remember moments like this after Trump beats covid right on schedule, then handily beats Biden, and lib celebrities and journos have a mass hysteria meltdown

They’ll have earned every second of their own deranged anguish for the next 4 years of the Trump presidency https://t.co/lgTFEvaMoj

The COVID Chaos Is a Net Plus for Trump’s Campaign Joe Biden’s got to be worried. Well, Grandpa Badfinger‘s handlers have to be worried. That crusty crustacean is probably still napping, trying to sleep off the hangover from all the Namenda and crank they pumped into him last Tuesday to keep him upright for an hour and a half. In any case, change is frightening, and this changes the nature of the campaign. No one, including the Geppettos who pull Bidennochio’s strings, know what’s going to happen. Their Chauncey Gardner victory plan has been disrupted, and it’s not like they’ve got the most flexible candidate. Suddenly, Biden is not the only one who is going to try and do a presidential run from his house. And all the advantages Biden had of being able to hide and not being the center of attention suddenly vanish.

Twitter is going to be completely bananas today so I’m gonna try something different. Here’s Clyde at 7:25 am.

Let’s create the longest thread of pet pics in the history of this wacky place. Respond with a pet pic and retweet this. I’ll share some and bump this every few hours. pic.twitter.com/RDdfc3Jpbf 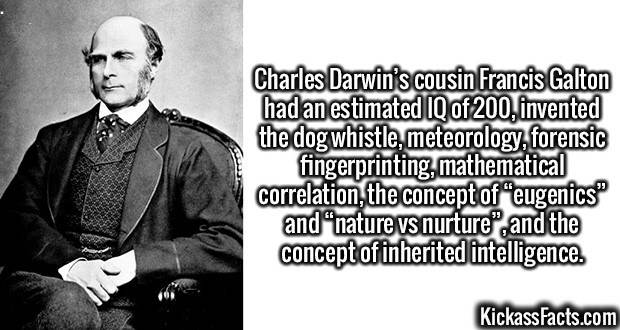 Blackwashing | The point of blackwashing is to erase white history and culture. The world condemns China, for example, when they do this to Tibet or now the Uighurs, but when it is done to white people the great and good celebrate. As Joe Sobran pointed out many years ago, the motivation here is envy. The very existence of white people is a daily reminder of the failure of all others to accomplish much of anything, despite being blessed with the best the earth has to offer.

Either way, the reality of this age is we have moved beyond the quest for diversity into the beginnings of the vengeance phase. The daily attacks on whites going about their business and the evolution of Jim Snow laws are parts of it. The blackwashing is another part of it. Ethnic cleansing is not just about removing the people, but also about removing their culture. It takes a special hatred to erase a people from the book of life and that is the point of the blackwashing.

They will rue the day they started this capitalization crap. Every crime blotter will scream BLACK. pic.twitter.com/7Y7OH9WKfU 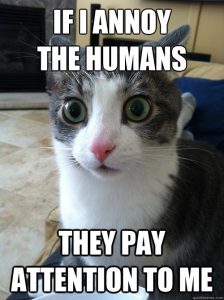 Don Surber: SJWs won’t be spared   I have news for white male CEOs, virtue-signaling won’t spare you. The revolution that Twitter embraces is communist, and communists will mow down all capitalists. Chairman Xi has his alleged Red Chinese billionaires on a short leash. They will be disposed of when he no longer has to show a capitalist facade. I figure he will do that amid the next Democrat administration.

In his day, Yehudah Halevi also travelled widely. En route to Jerusalem he was encamped in the Jewish quarters of Alexandria and Cairo (then named “Fustat”) for extended periods. One did not need passports in those days; only to risk one’s life. There were no trains or aeroplanes, yet with some determination, one could go anywhere that was known, by sea; and everywhere else with a walking stick. We seriously underestimate the cosmopolitanism of all worlds before our “modern” time.

This is the mayor of Chicago. pic.twitter.com/I6QBqVIpbr

Over 3,100 Shooting Victims in Mayor Lightfoot’s Chicago this Year ⁦@BreitbartNews⁩ #2A https://t.co/RNanTzhP72

New York’s Looming Fiscal Disaster   As always, the problem is spending. The city’s debt has exploded from $39.5 billion in 2000 to $91.56 billion by 2019. Local tax revenues increased by 174% over the same time period. Overall, NYC ranks number one when it comes to local tax burdens in the U.S.. There are some exceptions to the rule for those in power, however, as De Blasio’s property tax bill on his homes worth a combined $3.6 million in 2020 was $9,000. 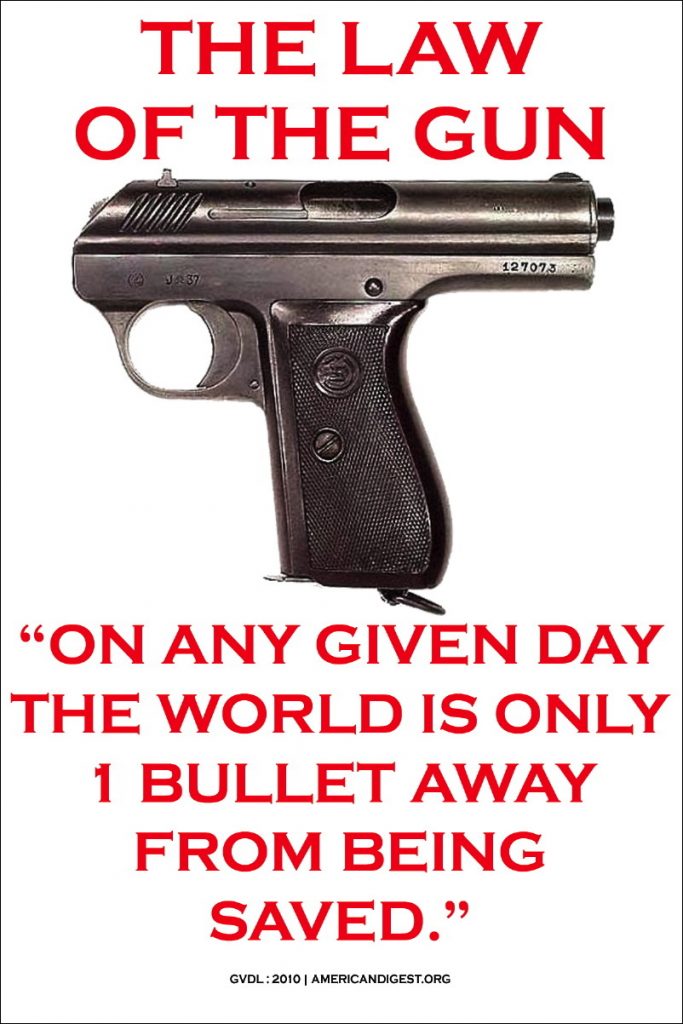 Previous post: There is no other stream by C.S. Lewis