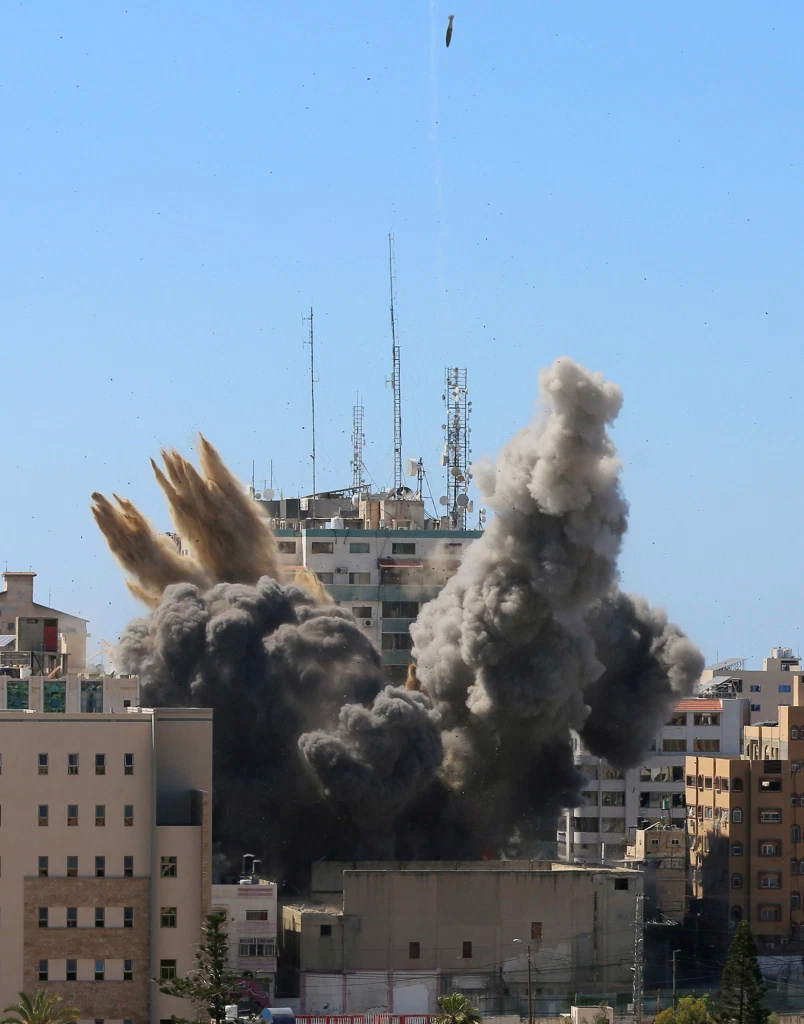 Israel has leveled a number of Gaza City’s tallest office and residential buildings, alleging they contain Hamas military infrastructure. On Saturday, Israel bombed the 12-story al-Jalaa Building, where the office of The Associated Press was located. The building also housed the TV network Al-Jazeera and other media outlets, along with several floors of apartments. 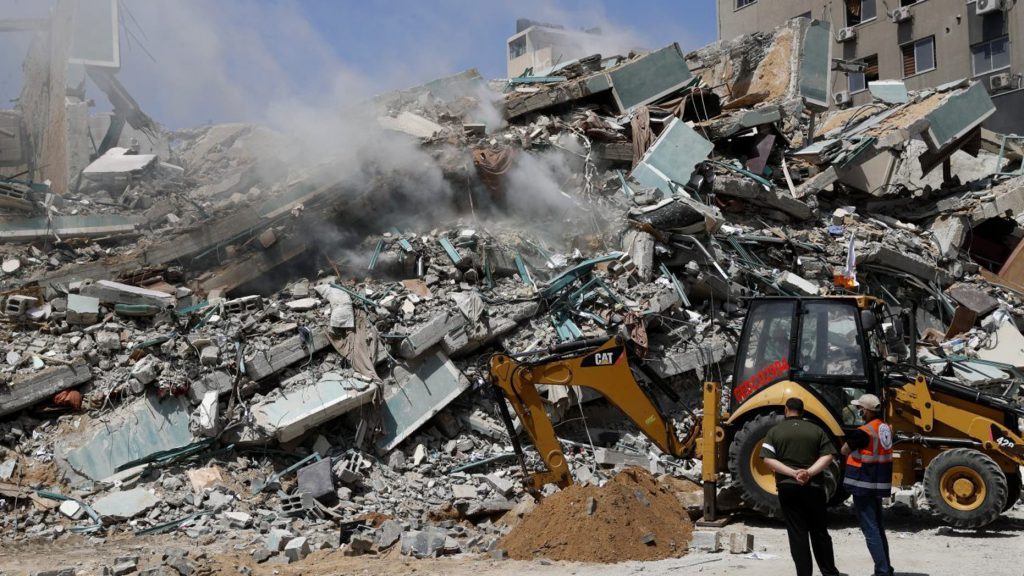 Workers clear the rubble of a building that was destroyed by an Israeli airstrike on Saturday, that housed The Associated Press, broadcaster Al-Jazeera and other media outlets, in Gaza City, Sunday, May 16, 2021.