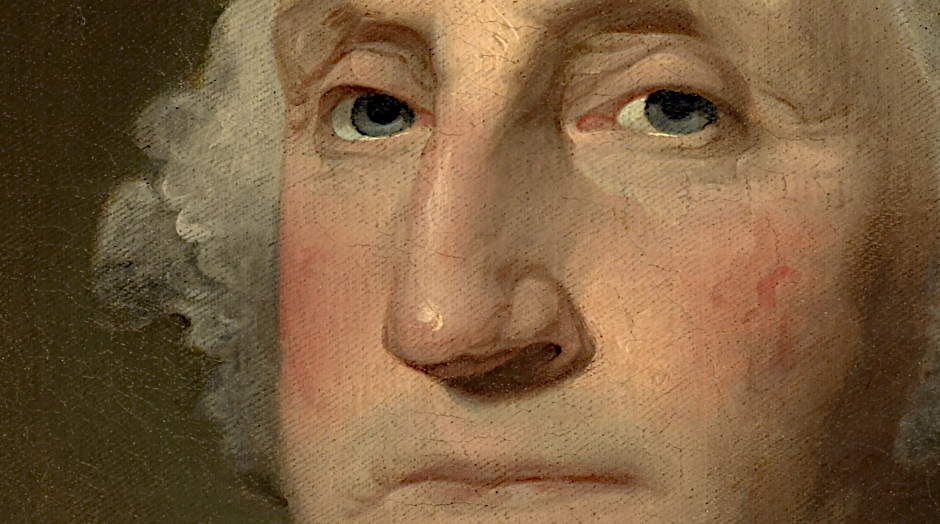 If George Washington were alive today, what a shining mark he would be for the whole camorra of uplifters, forward-lookers, and professional patriots! He was the Rockefeller of his time, the richest man in the United States, a promoter of stock companies, a land-grabber, an exploiter of mines and timber. He was a bitter opponent of foreign alliances and denounced their evils in harsh, specific terms. He had a liking for all forthright and pugnacious men, and a contempt for lawyers, schoolmasters, and all other such obscurantists. He was not pious. He drank whisky whenever he felt chilly and kept a jug of it handy. He knew far more profanity than Scripture and used and enjoyed it more.

He had no belief in the infallible wisdom of the common people, but regarded them as inflammatory dolts, and tried to save the republic from them. He advocated no sure cure for all the sorrows of the world and doubted that such a panacea existed. He took no interest in the private morals of his neighbors.

Inhabiting These States today, George would be ineligible for any office of honor or profit.

The Senate would never dare confirm him; the President would not think of nominating him. He would be on trial in all the yellow journals for belonging to the Invisible Government, the Hell Hounds of Plutocracy, the Money Power, the Interests. The Sherman Act would have him in its toils; he would be under indictment by every grand jury south of the Potomac; the triumphant prohibitionists of his native state would be denouncing him (he had a still at Mount Vernon) as a debaucher of youth, a recruiting officer for insane asylums, a poisoner of the home. The suffragettes would be on his trail, with sentinels posted all along the Accotink road. The initiators and referendors would be bawling for his blood. The young college men of the Nation and the New Republic would be lecturing him weekly. He would be used to scare children in Kansas and Arkansas. The chautauquas would shiver whenever his name was mentioned…

And what a chance there would be for that ambitious young district attorney who thought to shadow him on his peregrinations—and grab him under the Mann Act!

From Damn! A Book of Calumny

Next post: Noted In Passing: Israel Deals with Fake News

Previous post: Evening Van: Take It Where You Find It