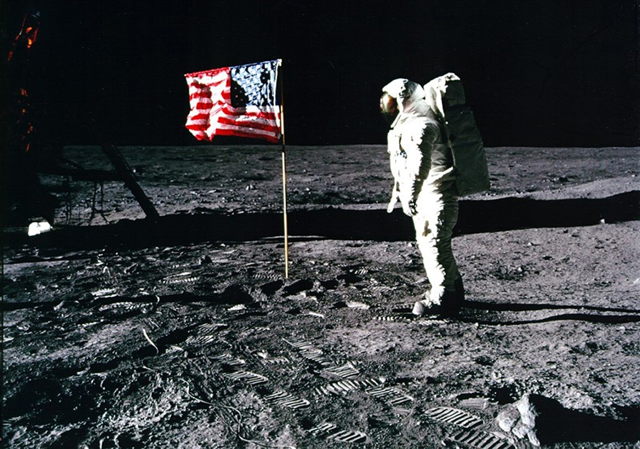 U.S. astronaut Buzz Aldrin salutes the American flag on the surface of the Moon after he and fellow astronaut Neil Armstrong became the first men to land on the Moon during the Apollo 11 space mission on July 20, 1969.

The moon marked out the edge of heaven.
On this, our scriptures all agreed.
The moon was fixed, it could not fall.
The moon would fill our final needs.

The songs we’d learned were of the moon,
A fitting subject, known to all,
But the songs we sang were of the Earth,
And those that lived before the Fall.

These songs of forests flowing round
The Earth’s four corners warmed the frost
That killed our gardens, coming early,
To remind us all of what we’d lost. 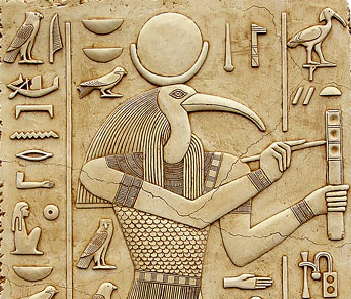 “Why wander yearning for the moon?”
We’d ask of stones and ancient trees.
Their silence sang back in the night,
Of lands where all free choices freeze.

“Tranquillity”, they promised us,
“Is the highest peak you will attain.
Tranquillity, where your bones will rest
Forever in the airless rains.”

Our numbers grew, as did our tongues,
Beside brown rivers, on ancient plains.
We made more gods, we built up walls,
We fashioned towers of dirt and rain. 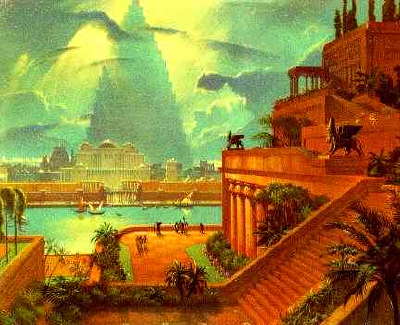 Within those walls we planted fruit
And flowers bordering roofless rooms,
Wherein we sang the centuries down,
Observing all the phases of the moon. 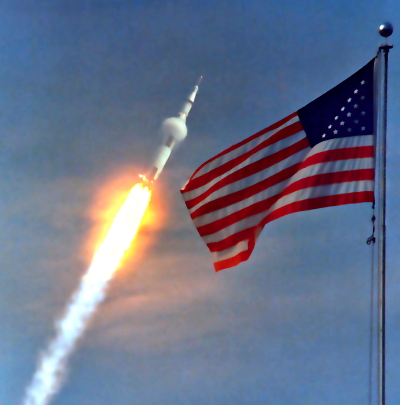 In time our towers turned to steel,
And their foundations into fire.
The rooms we made were sealed as stone,
And in those rooms we rose much higher. 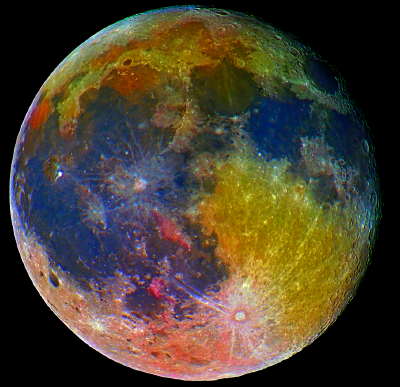 The moon grew monstrous as we ascended;
In our window it grew larger than the world.
We lowered our ladder gingerly,
Stepped down, a bit of cloth unfurled. 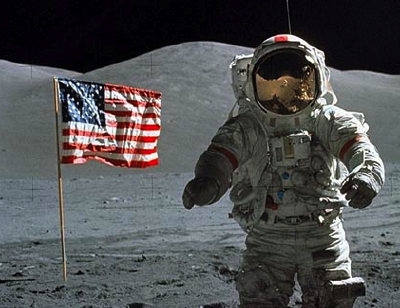 We named the place Tranquillity.
A fitting gesture, all agreed.
We photographed ourselves on site,
Tossed away some junk we did not need,

And left, returning to that place
Where we’d begun beside the plains,
Boasting our footprints would endure
Forever in the airless rains. 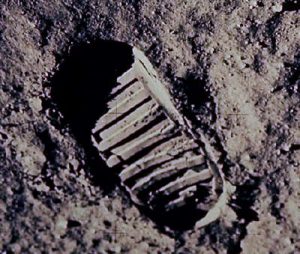 Sometimes at night, we still look up
And see the moonrise scrape the sky.
It is the same, yet not the same,
And we know why, yes, we know why. 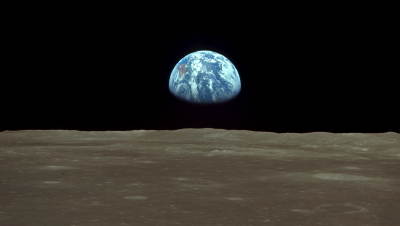 Previous post: “Those slopes are steep, the rocks are very large.” The Descent According to Neil Armstrong