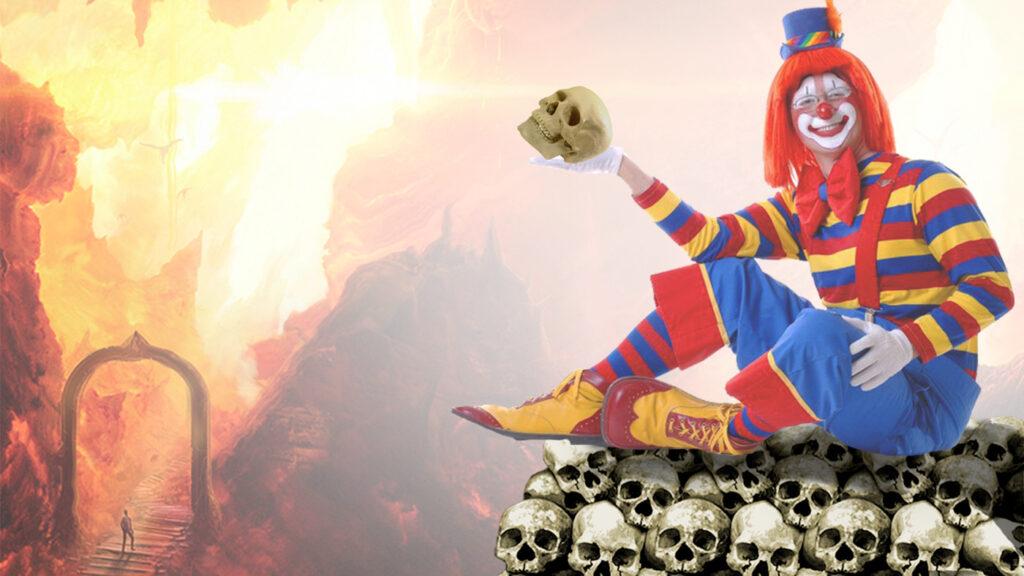 Jun 20
I used to think that starting a proxy civil war in Russia was insane. It was insane. But I would have poured cold water on the idea that anyone in DC would invent the idea of inciting a direct conflict between NATO and Russia—which appears to be what this Lithuania thing is. Certainly, if the State Department did not want Lithuania to be blockading Kaliningrad, Lithuania would not be blockading Kaliningrad.

This is “kick the dog until it bites” (perhaps the core weapon of US foreign policy) at a truly incredible level: the level of direct military conflict between NATO and Russia. In for a penny, in for a pound. The US in June 2022 is every bit as much at war with Russia as, in June 1941, it was with Germany.

The temptation of Putin is, like the temptation of Hitler (which brought about his strategically suicidal declaration of war against the US), to recognize the reality of war by responding with direct military action. After which, nuclear escalation is already a matter of time—have the Russians shown much compunction in strikes against cities?

It would be ironic but typical if the same prestigious agency, the predictable and often predicted result of whose decisions (starting with the completely pointless decision, really as bad as the decision to collect all the bat coronaviruses then try to engineer them to be more dangerous, to expand NATO to the east) was this war, would in the end bring the hard hand of war down on America itself.

But this outcome suddenly feels much less unlikely than it has since I was a child in the Cold War. This Lithuania foolishness absolutely has to be stopped. It does not seem utterly implausible that Putin might take the bait—and then facilis descensus Averno.

While my guess is that he is wise enough to avoid it, I don’t like Putin and I don’t like the fate of the world resting on his wisdom. I expect better of my State Department, which exists to serve the interests of the American people—not of Navalny, Zelensky and Pussy Riot—not of Russians, and not of Ukrainians.

However, we as Americans must be ashamed of what we have done to the Ukraine. It is exactly what we did to Poland at the start of WWII—we baited our own dog into a fight, always an easy enough trick, then watched as it got ground into inevitable meat. Good doggie! Slava Ukraini!

Think about how many people across the world have had lunch on Ukraine’s tab—had enjoyed professional opportunities which would not exist without this war. When I stayed in Setubal, Portugal last week—PCP territory, they told me—there was a blue and yellow banner on the overpass over the little N10, “Stop War! Stop Putin!”—indeed. The best way to stop a war is to win it.

And in this endearingly innocent manner, official Ukrainian nationalist kitsch is all over the world. Imagine being able to tell the difference between good (Ukrainian) and bad (Hungarian) nationalism! Anyone who takes the party line literally is in for long hours counting the angels on the head of a pin.

On nationalism
Nationalism is not good or bad. It is just a flavor of narrative. This narrative can be used in a sincere way, or an insincere way. Insincere narratives are not necessarily bad, but they need to be approached with great caution.

The Irish revolutionary cause has been aligned with the aristocratic Anglo-American left since Gladstone was a little boy. For this tendency to come to fruition, at this level of historical absurdity, after two centuries, is just the kind of joke history likes to play.

Again, “nationalism” is just a propaganda trope. It is about as meaningful as the color of your lightsaber. Luke would still be a good guy if he picked up Vader’s red saber, and Vader would still be able to cut Luke’s arm off with Luke’s blue saber. It is best to abandon these empty formalities and focus on the realities of power beneath. 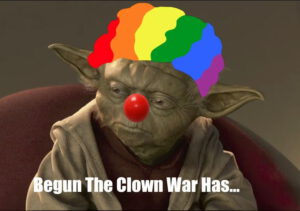 Kick the dog until it bites, then shoot it
The destructive mechanism of US foreign policy is to ally with the enlightened upper class, and incite them to revolution—or even to aggression against its enemies. In the past this almost always worked out, since America’s cool friends almost always won. Looking backwards, betting on America looked like a daring but prescient bet.

But now, the Current Thing is a losing war. America has never lost a war that her elite really believed in. And the Ukrainians knew it. Now they are getting ground into meat—because, to keep their jobs, none of these Americans even needs to win. In fact, if they won, a lot of their jobs would go away.

The outcome in which Russia defeats the Ukraine, and then the war ends, does not fit any script that anyone has. Then America’s diplomats—then America’s media—then all of enlightened America itself—would feel like losers. We can’t have that. Well… we got a bit of it with the Arab Spring. But this Ukraine thing…

Imagine making a decision between A and B, when you receive a premonition that if you choose A, 50,000 people will die. What will happen if you choose B? You don’t know. But you choose A. You are like: B could be something worse.

What would have been worse? I can imagine the worst-case scenario of B, not arming the Ukraine: millions of tracksuited, squatting Slavs, ruled by a completely different gang of oligarchs with expensive watches. Our oligarchs are probably better spoken and better educated, and generally more intelligent. Of course, if after 50,000 people die, the nasty, boring, ill-spoken oligarchs win anyway…

But we like our oligarchs. Obviously, the better they speak “nationalism,” the better. Slava Ukraini! Glory to Ukraine! And what Ukraine gets is glory… without the L. As they used to say: “World War II… was it good for the Jews?”

It was certainly not good for the Poles! The Pied Piper of Hamelin had nothing on Foggy Bottom. US diplomacy in the last century is simply the grooming of nations.

I have pointed this out to Americans, very sweet glory-loving Americans, and heard: but this is what they want. Not even glory but the chance at glory! Similarly, if you feed your dog a hotdog with a treble-hooked Rapala lure inside, he wanted to eat that frank. It is unfair to characterize humans as animals; Ukraine is more like our little brother.

Somehow, in a world which gets more American every year, in which “global” is no more than a euphemism for “American,” well-meaning Americans are unaware of how completely American fashion dictates the fashions of all our little brother. If we tell little Stepan we are going to jump off a cliff, he will jump off first! And off he jumped. Then, things didn’t go so well with his parachute. But at least we got the story.

The hilarious ending
I can sense an ending coming on and I don’t like it.

The ending is that Washington, not liking to lose, doubles down by picking a direct fight with Russia—for example, by doing exactly what it is doing now with Lithuania. And Putin, foolishly, takes the bait. Folks, I hate to exaggerate, but this is actually kind of a realistic pathway to World War III.

Why is this hilarious? It is hilarious in the same sense that it is hilarious when the elephant, fleeing the spear-wielding gladiators, escapes the arena and goes rampaging through the stands. For a quarter-millennium, Anglo-American foreign policy has been conducted in the spirit of the Colosseum—possibly, even, the Aztecs. It has certainly been gory! And now…

Did not Maistre explain that the French Revolution was God’s punishment on the head of the liberal Anglophile philosophes who made the Revolution happen? But the Enlightenment in France was only a quarter-century old, not a quarter-millennium. God’s patience is long… and his sense of humor is infinite. And infinitely cruel. Keep your “go bag” packed—and make sure you have somewhere to go.

Next post: Noted in Passing: The “Vacinate Me” Elmo Doll