Written by Yaacov ben Moshe March 7, 2022, 7:24 PM in response to The WEF Dark Lord and His Underling 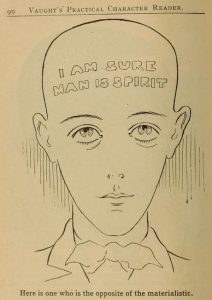 There is the foundational lie of Progressivism: that people are basically innocent and good or at least ultimately perfectible. That is what soul-less despots, fiends, and manipulators like Schwab and Harari want us to believe that they believe.

Of course, it is a corrupt lie that they are using to gain power. They use it to con the weak and fearful into thinking that it is only oil (or populism, or society or racism or sexism or the people just across the border or- well, you name it) that brings evil into the world; whereas it is the denial that the evil and good that live in every human heart set evil loose in the form of these psychopaths.

Can we count on enough people understanding that the cynical effort to force the transition to green energy in the U.S. has left the west vulnerable to the bullying of the Russians and Chinese – those least green people on earth? That the genetic “hacking” of viruses that was funded with our own tax dollars with the cover story that it blunts the damage done by a “natural” pandemic.

This lie of Progress toward the new age of humanity, this lie of innocent perfectible humanity has never created anything but torture, betrayal, war, horror, and suffering that need never have happened.

And they always find a villain to blame. Blame it on Putin so you don’t have to be uncomfortable with your denial of the obvious responsibility you bear for the bloodshed in Ukraine. Blame it all on Trump and Trump supporters.

In the end, it doesn’t work. It is a challenge. If enough of us see the darkness for what it is and have and have the courage to stand up and say no, we will win eventually. Not to say we will all survive, but I am old and ready.