At this point the only thing that can possibly improve CNN would be between ten and 15 targeted assassinations. 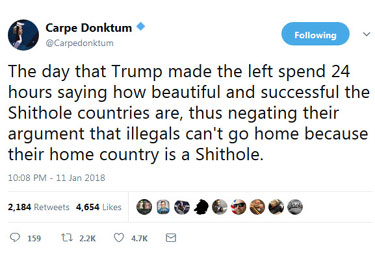 President Trump Asks a Good Question About Immigration | Why do we have an immigration system that favors countries on fire vs countries not on fire?