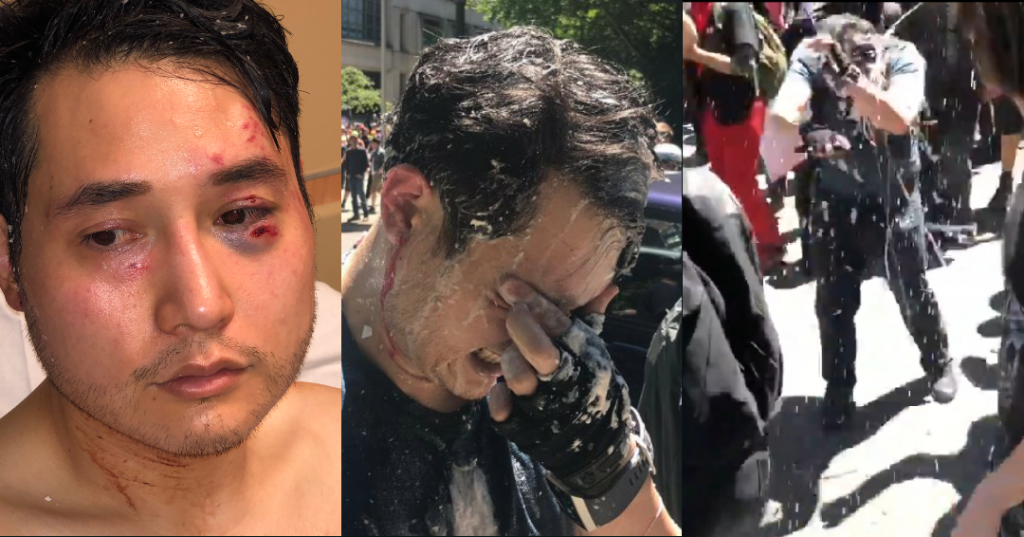 Perhaps the magnitude of Hillary’s 2016 loss is only now becoming apparent. Clinton didn’t just lose the White House, she also lost the Democratic center to the radical ornaments. The diminution of Brooks, Stevens, Kristof, and even Biden are the consequence of that defeat. The radicals who once served the useful purpose of putting fear into the other side are taking center stage. It’s not surprising that the French Terror began with the purge of the moderates and the urgency of virtue. As Robespierre put it, virtuous men have no choice but to employ any means necessary:

If the basis of popular government in peacetime is virtue, the basis of popular government during a revolution is both virtue and terror; virtue, without which terror is baneful; terror, without which virtue is powerless. Terror is nothing more than speedy, severe and inflexible justice; it is thus an emanation of virtue; it is less a principle in itself, than a consequence of the general principle of democracy, applied to the most pressing needs of the patrie.

The Thing is older than one would think. And more voracious. The intellectual Old Bolsheviks thought their illustrious records would protect them from the ruffian Stalin. Bukharin who was eventually executed by Stalin once said “Koba, you used to be grateful for the support of your Bolshevik comrades.” “Gratitude is a dog’s disease,” Stalin shot back.

It won’t stop at Andy Ngo. There is no safety from It.