Free Prayers at The Tin Roof 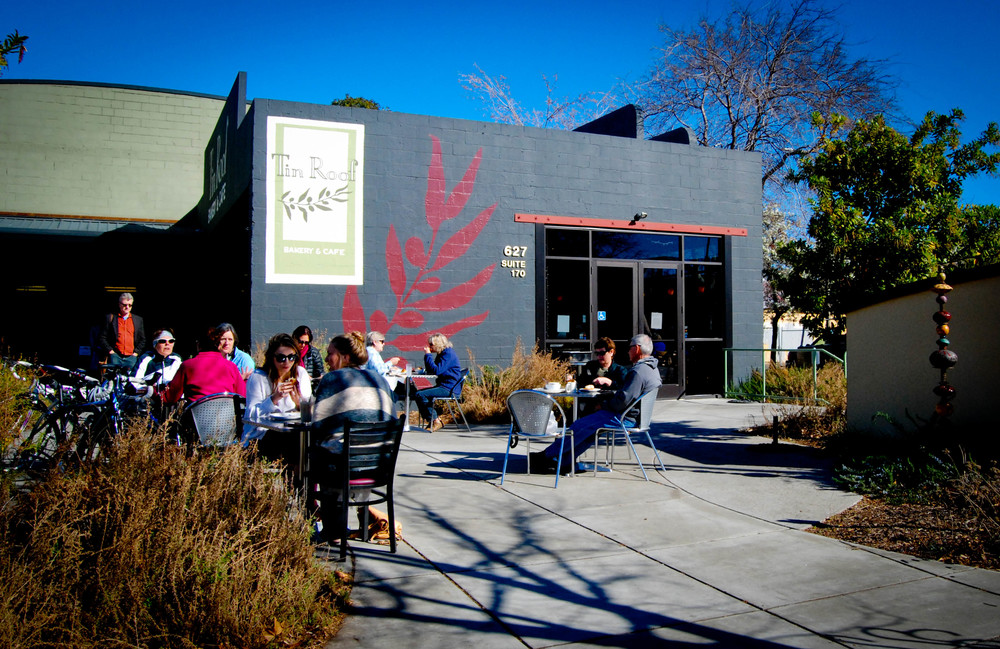 Downtown near the college in Chico is a coffee shop and bakery with outdoor tables. They are the best places in town to have coffee in the morning. Lots of people think so and come to the shop for coffee and pastries and stake out their tables.

One man and his mission statement are there this morning. His is the table with the sign “Bible Answer Stand, How May I Pray for You?”

I think about that question and decide to ask him for a SpeedPrayer.

“I’d like you to pray that, soon, I get a call from God. I’m waiting by the phone but he doesn’t call and he doesn’t write. If you get through, tell him it is okay to call collect. I’d like to get his confirmation about my mother. I’m ready to accept the charges.”

He writes down my request in a small notebook.

“Okay, I can do that.” He pauses for a minute and closes his eyes. Then he opens them. “Done,” he says.”No, I don’t accept donations. This is what I do.”

Others come and go around me as I work on my manuscript on this fine June morning. Two tables over a sad blonde who is slowly fading into “the land of the formerly cute” sits slumped with an ugly canvas smeared with iridescent purple goop filed loosely under the rubric “art”. She heaves a sigh and then looks at the tables nearby and flirts with a guitar playing man who is tuning and strumming at the next table. He bends over his strings and tunes and strums aimlessly. No eye contact. After a minute or two, she looks away.

I glance down at my cell phone.

Nope. No calls missed, no messages waiting. I glance over at the sad blonde. She’s still waiting.

Why does she sit there waiting with her hideous paintings turned towards the world? Doesn’t she know that they only advertise her confusion, her naked need for love; her vulnerability?

Perhaps she does, but perhaps, in truth, all she’s saying is “This is the best I can do. The very best. Isn’t it enough? Isn’t that enough to have love.”

One table over, the guitarist picks and strums looking for a tune he’ll never find. Giving up, he packs up the guitar and walks off thinking, “That was the best I could do. Shouldn’t it be enough?”

And it should be. It should.

What’s to be gleaned from this minor morning’s observation? Very little except perhaps that people should learn how to sit down at tables where other people are waiting for somebody to sit with them.

Two minutes after the guitarist disappears, the sad blonde picks up the hideous painting and leaves. As she walks off I notice a price tag on the back of the painting. Shopping. But still doing the best she can.

As am I, waiting for a call that is still on its way.

Next post: Andy Ngo by Richard Fernandez (An excerpt)