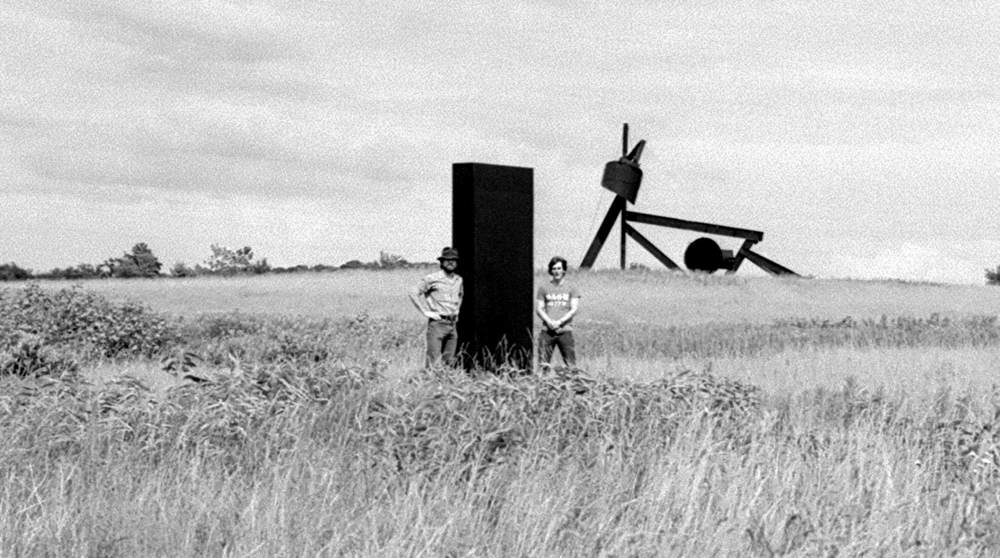 It turns out that the Utah Monolith is a Johnny-come-lately to the Mystery Monoliths On Earth collection. A drive-by commenter here points us to his own contribution from 1986. 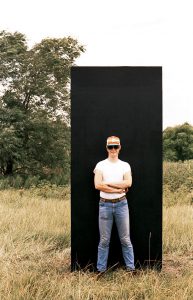 Then there was the paint. Knowing it was just temporary, we didn’t consider using any primer on the bare wood. The plywood seemed to suck up the black paint like a sponge. We lost count of the number of coats of paint the Monolith took before it actually looked flat black.

We had it assembled, puttied and sanded, and painted in about ten days.

Now we had to find a good location for it, and prepare the spot for it’s installation…

We had taken a couple of twigs to mark in the holes we’d dug with the auger. In daylight it might have been fairly obvious what they were, when you got close, but at night the were just a couple more dark bits of foliage blending in with the background. We had to set down the Monolith and look around with flashlights for several minutes before we found our “camouflage”. We hauled the Monolith over to the site, pulled the small branches out of the holes, then carefully guided the “legs” into the holes, and rotated the Monolith upright. We packed the holes with the dirt we’d dug out. Looked at our creation, black against the dark as we hadn’t aligned it with the full moon. I think I pointed out Clavius crater on the moon, the site where the TMA-1 was found in “2001”. Then we turned away and ran back for the road.

To any visitor to the park the sculpture looked as it belonged. Another stoic shape among the grasses of the prairie. 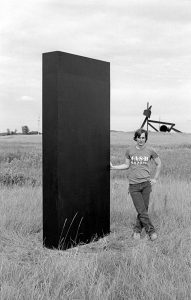 Grounds Maintenence was obviously confused by its presence. They not only mowed a walking path past it, they trimmed the grasses up to it to allow people to view it as they did the other installations in the park.

We had a feeling it probably wouldn’t last for more than a week, maybe two, before the tore it down. We were wrong.

With a plant inside the University we discovered that with the pace of paper communication, memos were being passed back and forth among the different departments responsible for the artwork on the site. All trying to discover who’s sculpture it was! Was it a borrowed piece? Was it a student work? Who had installed it? “What big black box??” It was excellent because nobody would pull the trigger to take it down!

Owing to confusion and bureaucracy within the University, the Monolith stood for twelve and a half weeks! Each week we would go back to see if it was still there. And it was! We were stunned!

The full caper is documented at MONOLITH BY ARGH PRODUCTIONS

Next post: Saturday NIght at the Movies: I know you think you have something better to do with an hour of online time tonight. I did too. I was wrong.