The Gift of the WalMagi 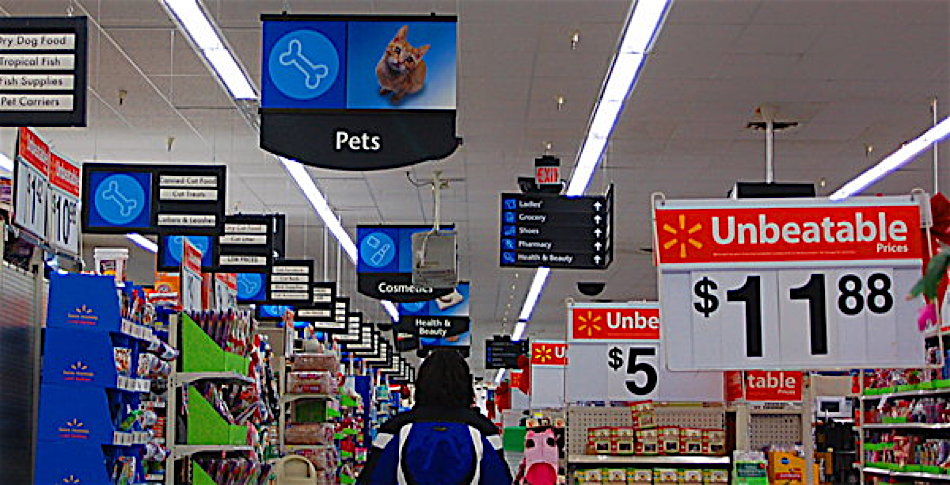 In New England in December the cold does not come in on little cat feet. Instead, some mountain god of the great north woods throws open the door to Canada late one night. When you step out the next morning your scrotum promptly goes into hibernation somewhere around your armpit. The cold gets hammered down tight. And it stays that way. Until, oh, somewhere in the middle of March.

I’d come to New England after many years away and, in Seattle, I thought I’d packed well for the trip. I’d made a point to bring my very warm Seattle jacket. I stepped outside into the New England winter this morning and between the door and the car I knew, based on Testicle Retraction Velocity (TRV), that my coat had nothing to say to this winter. I might as well have packed and dressed in a Speedo. At least I would have been rapidly arrested and taken to a warm jail cell until my need for medication could be determined.

In the car, having cranked the heat to the fat end of the red stripe on the dial, my thawing reptile brain hissed, “Get a coat or die, monkeyboy.”

But where? I was only going to be here for a few weeks before going back to the temperate zone of Seattle. I knew that various stores around this township would have vast stocks of sensible and warm winter coats but I didn’t really feel like investing somewhere north of $100 in some multiple layered goose-down body blimp that would warm you even within fifteen yards of Al Gore. I just needed a warm and dependable coat at not too much money… $75 to $85 … that would get me through the New England nights without frostbite.

Then I remembered that this town has something that Seattle didn’t because Seattle is just far too “smart” to have one – A Wal-Mart.

Wal-Mart, the greatest thing to happen for working people in the United States since trade unions and, today, a lot more beneficial to them as well. This town had two vast Wal-Mart’s. It was bracketed with them. I set off confident I could get a temporary coat at an affordable price. Little did I know.

I pulled into the vast parking lot and got out. Between the car and the door, my core temperature dropped about ten degrees and I shivered as I took the warm cart and got the warm “Welcome to Wal-Mart” from the silver-haired grandma at the door.

Inside the store stretched out before me like a land of dreams so wonderful so various so new…. Everything new. And shiny. And, well, cheap.

I got distracted at first in the food area of the store that could have held six of my local Seattle market inside it. I picked up a half-gallon of milk, a couple of bottles of club soda, and a jar of imported cherry jam ($3.00 less than what I paid for the same thing in Seattle). Then I pushed the cart off into the deeper realms of the store where banners proclaiming “UNBEATABLE” and “ROLLBACK!” loomed out of every aisle. 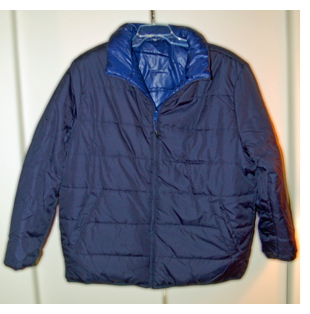 I found the basketball court-sized area marked ‘MEN’ and browsed. Fleece coats, fleece vests, overcoats, Dickie work coats, and then winter coats in the quilted style that simply shouts, “You’ll stay toasty inside even in Nome!” And, amidst three or four circular racks, I saw a selection in blue, grey, black, green, and red of bright and shiny new winter coats. Above the racks was the simple sign in red and it said: “$7”.

Among dozens of these coats, I found my size. Perfect fit. Smoothly made. Ample pockets. Serious zipper for closing. Nice shade of blue. And reversible to another nice shade of lighter blue with ample pockets on that side as well. I zipped it up and felt my temperature rise until it was uncomfortable to keep on.

I placed it in my cart and made my way to the register in order to get out of the store with it before they realized they’d left a zero off the backsides of the $7 and the $15. As I checked out I noted that the milk, water, and jam had all cost more than the winter coat. I put it on in the doorway and walked back across the lot to the car not feeling the cold at all from my thighs to my neck.

And yes, it was “Made in / Hecho en China,” but…. well… how? Is there some darkened cavern that stretches for miles under the Gobi desert in which harvested dissident brains in wired jars control robotic Chinese infant arms that stitch endless winter coats from the sheets of polyester that flow in a dark river beneath the factory floor?

And then they’ve got to pack them up and ship them from the wastes of the Gobi to the racks of stores in New England.

And then they price them at less than a small bag of groceries? How? Is? That? Possible?

It’s not. It’s a miracle. It’s a manufacturing, wholesale, supply chain, retail miracle on such a staggering scale that we can’t even begin to perceive it up close. We just walk into any one of the thousands of Wal-Mart stores and buy a winter coat for what it would take a homeless beggar about thirty minutes to cadge out of passing people on a downtown street on an average afternoon. It’s more than amazing. It’s a magical gift of modern American corporate capitalism.

It’s the gift of the WalMagi. It’s keeping me warm this Christmas season. And tens of thousands of other people too.

Next post: This season help give Hendrix of Cold Fury a Leg Up