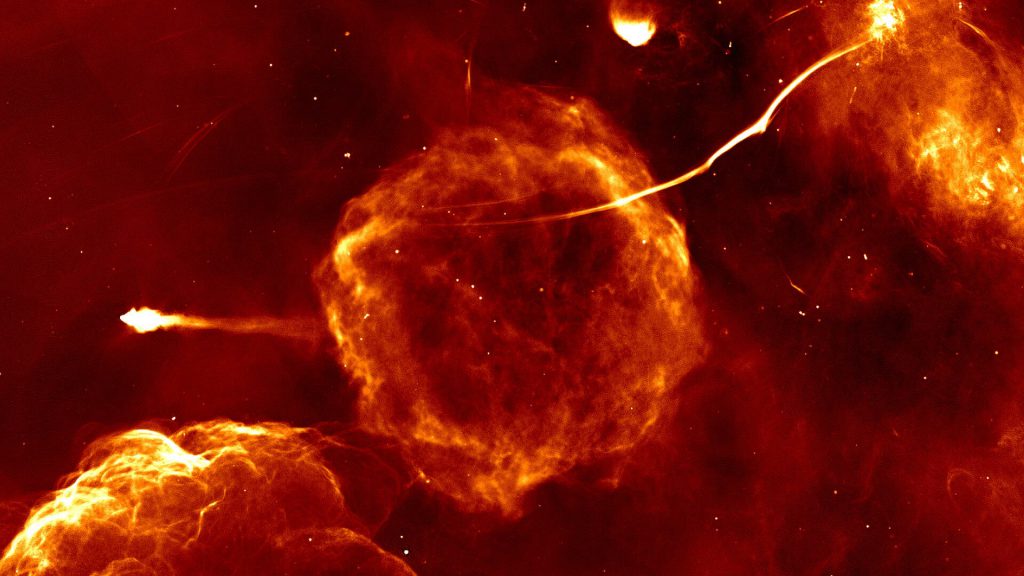 Another close-up shows a cloud known as G359.1-0.5, the glowing remains of a supernova explosion. To its left, the Mouse, a runaway pulsar possibly formed and ejected by the supernova. To its right, a radio-wave-emitting filament known as the Snake.

The Milky Way: An Electrifying View || Noise and chaos reign at the heart of the Milky Way, our home galaxy, or so it appears in an astonishing image captured recently by astronomers in South Africa. The image, taken by the MeerKAT radio telescope, an array of 64 antennas spread across five miles of desert in northern South Africa, reveals a storm of activity in the central region of the Milky Way, with threads of radio emission laced and kinked through space among bubbles of energy. At the very center Sagittarius A*, a well-studied supermassive black hole, emits its own exuberant buzz. We are accustomed to seeing galaxies, from afar, as soft, glowing eggs of light or as majestic, bejeweled whirlpools. Rarely do we glimpse the roiling beneath the clouds — all the forms of frenzy that a hundred million or so stars can get up to. 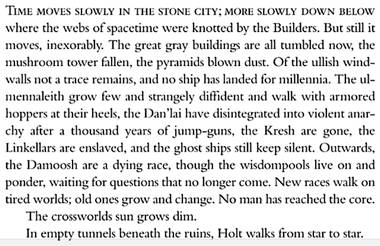 The Core — Photos in a PDF

Next post: Long Read of the Day: Slow-Motion Suicide in San Francisco