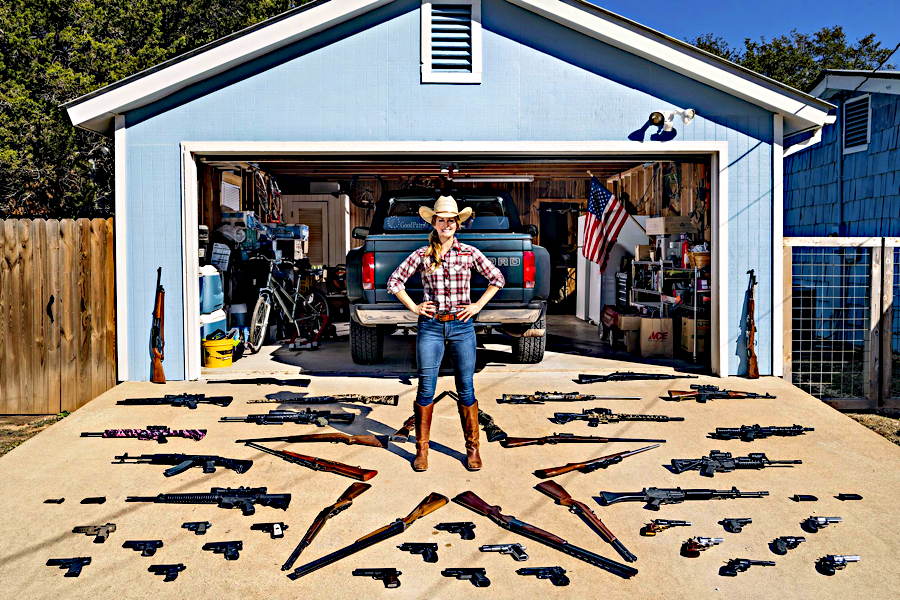 Of all the firearms in the world owned by private citizens for non-military purposes, half are in the United States of America. In number they exceed the country’s population: 393 million for 328 million people. This is no coincidence, nor a matter of market alone: it is rather a matter of tradition and Constitutional guarantee. It is the history of the Second Amendment, ratified in 1791 to reassure the inhabitants of the newly independent territories that their Federal Government could not, one day, abuse its authority over them. Two hundred and fifty years later, the Second Amendment is still entrenched in all aspects of American life and this book frames its current status through what are seen as four fundamental American values: Family, Freedom, Passion, Style. More at The Ameriguns – Gabriele Galimberti 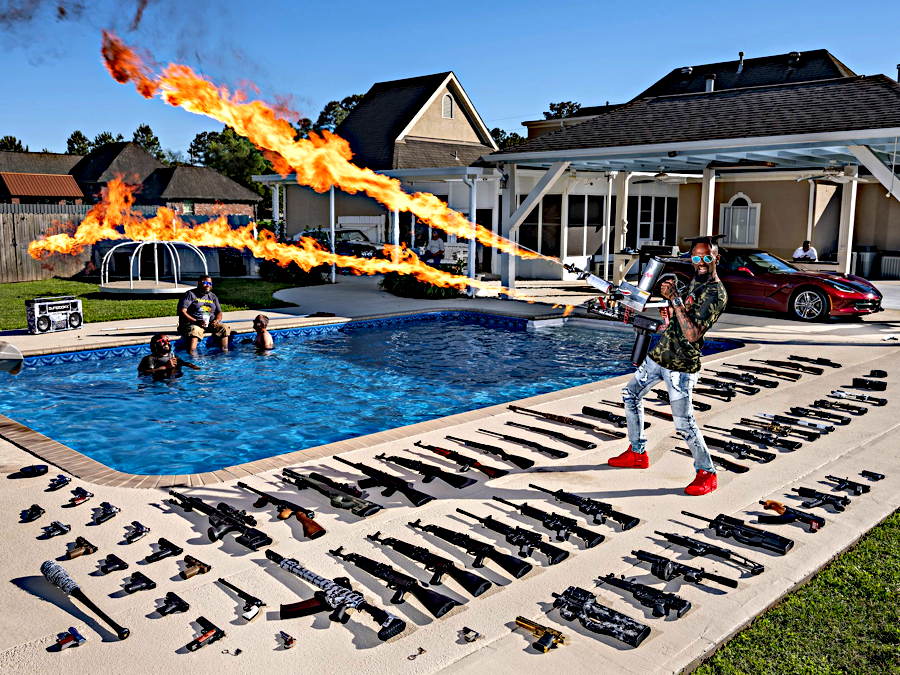 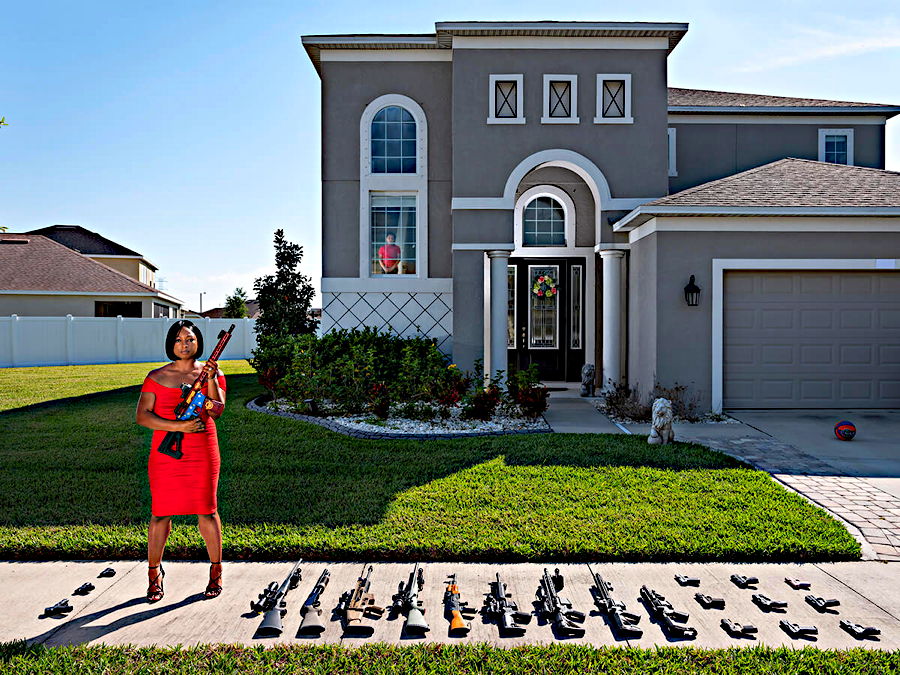 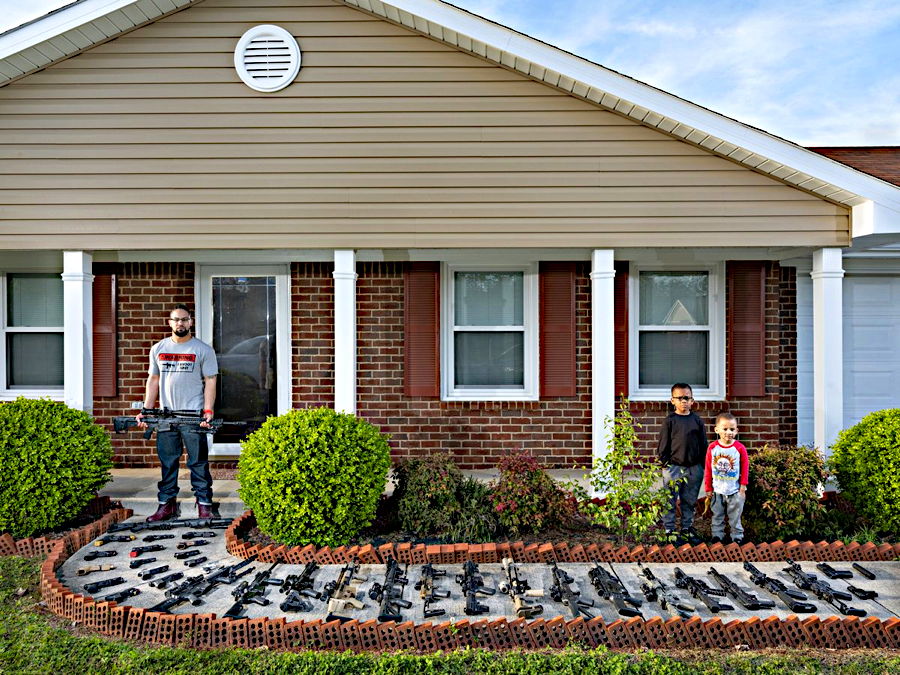 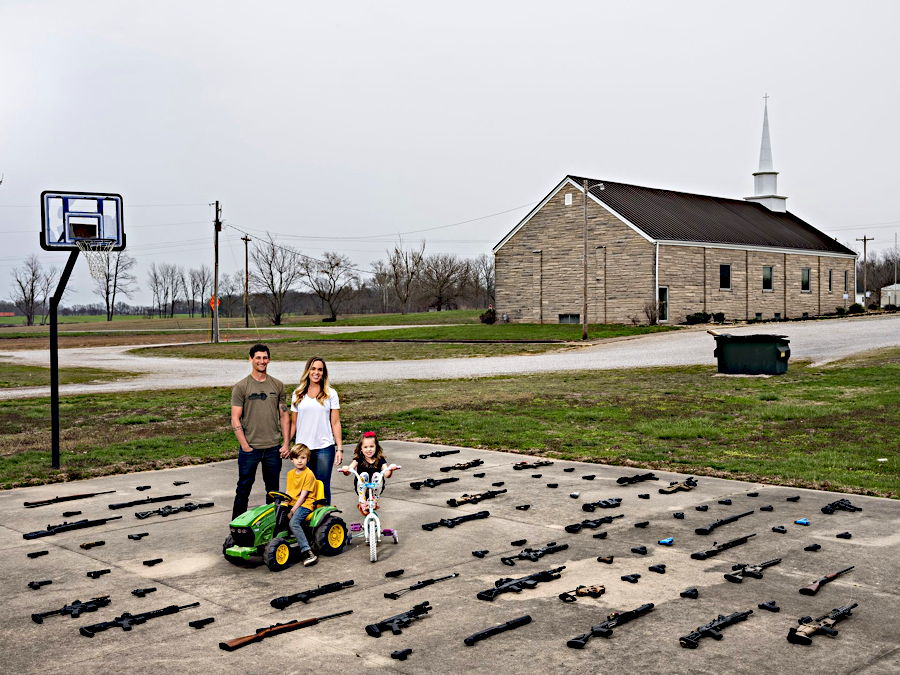 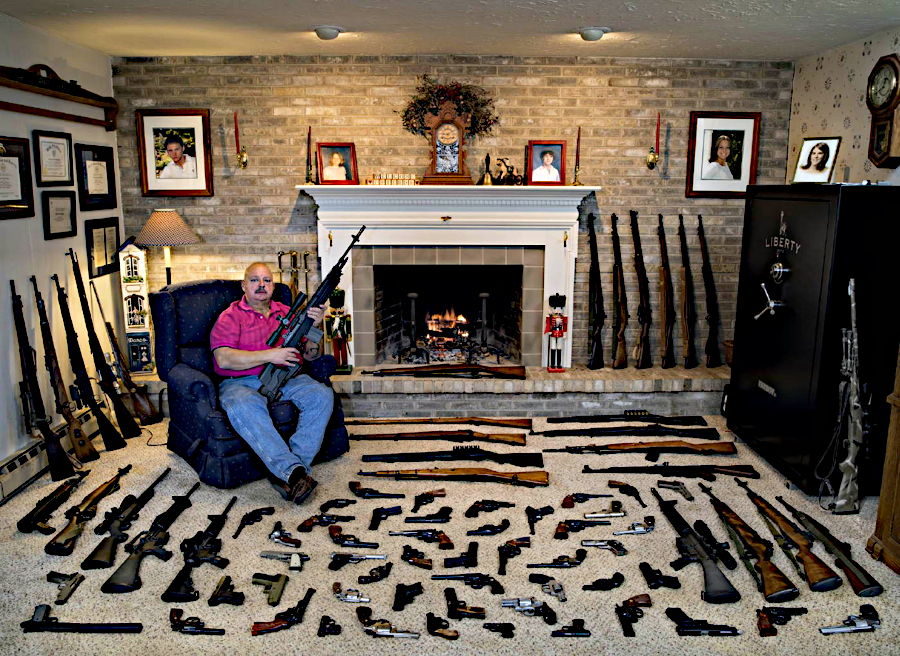 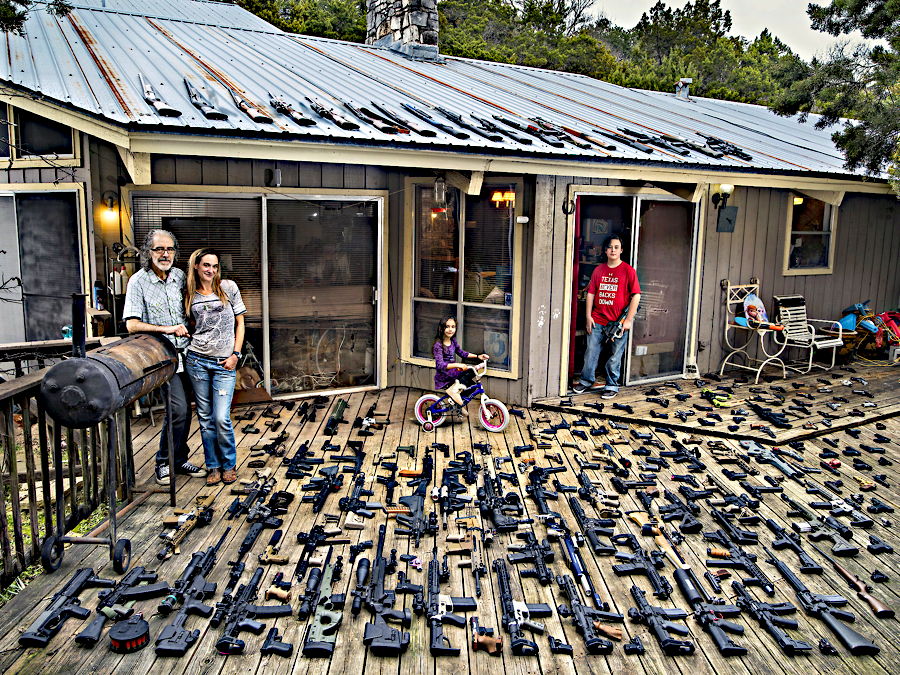 Joel, Lynne, Paige and Joshua (44, 43, 5 and 11 years old) – Austin, Texas
(They don’t want to show their last name – The firearm you see in the photo are just 80% of the whole collection)
Both Joel and Lynne were born and raised in Austin, Texas.
They met 14 years ago and they have been together since then. They define themselves
“compulsive buyer and serial collectors”.
Joel collects watches, motorbikes, RC cars and various other things. Lynne collects mostly jewels
and guns. More than 90% of the guns present in their house belong to her.
“I love guns and I love to shot them every day. I can’t stop buying them. I am not sure about the
exact number but I probably have more the 170 firearms. I think from the moment I bought the
first one I then kept buying around 5-6 guns every month and I think I’ll keep buying them with
the same rhythm in the future.” She says laughing. “I also love to customize them and make
every piece unique. This is also why I have never been able to sell any of my guns”.
Lynne and Joel have two children, Joshua and Paige.
“Joshua is 11 now. He started to shoot guns when he was 6. Now he has his own gun, which he
built by himself. He’s really proud of that. He has made it by assembling pieces that he have
chosen from an online catalog. Sometimes we also let Paige shot some guns, but she’s still too
small to be able to handle one alone”, she says.
Lynne and Joel run a business together, they are dealers for luxury watches and jewels.
Contacts: Lynne – lynne.simon@gmail.com +1 512 731 5635 Joel – rigbot@gmail.com

Next post: Noted in Passing: To honor George Floyd on the first anniversary of his holy martyrdom some of his acolytes decided to shoot each other

Previous post: Cooling Out at American Digest: Prep that AC for the Seasonal Global Warming