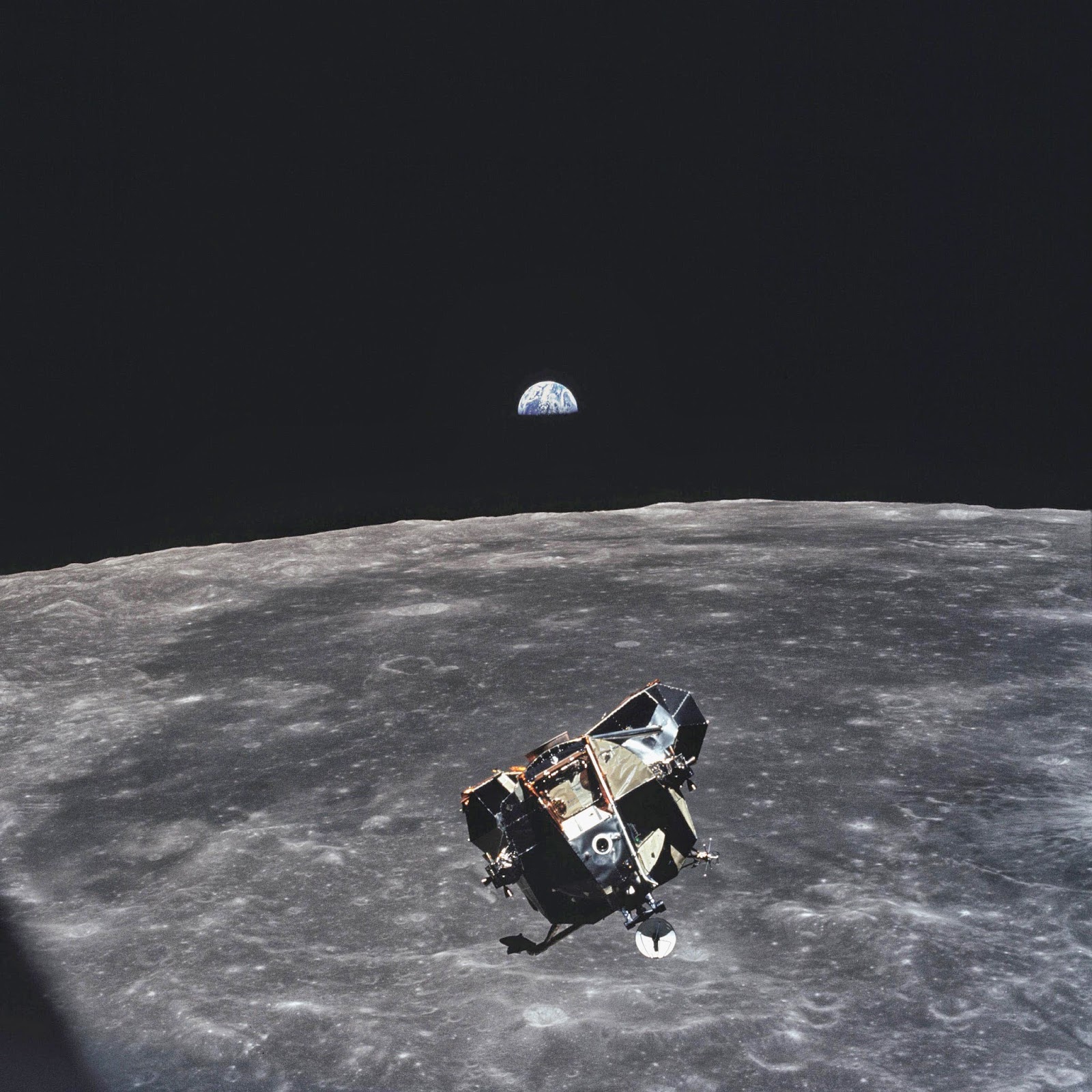 There are iconic photographs well known to most of us, and this image, taken by Michael Collins, is especially significant.  It shows the lunar module Eagle, with Neil Armstrong and Buzz Aldrin on board and the Earth in the background. What is so unusual about this photograph is that Michael Collins is the only inhabitant of planet Earth, dead or alive or still to be born, that does not appear in it.

RTWT at: Only one member of the human race missing from this 1969 photograph