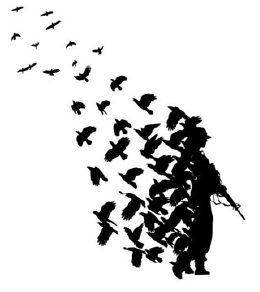 When I lived in Manhattan, I never needed to know when winter officially arrived. I could count on one particular coworker to announce it. The official date changed every year, but he never failed to signify it by dropping by my office first thing in the morning, a Starbucks commuting coffee mug in his hand, and saying, “Boy oh boy, do you believe how cold it is? Damn!”

Having just peeled off watch cap, ear muffs, scarf, gloves, and a ten pound top coat, I could — while watching the sleet moving horizontally across the windows — say with some conviction, “Yes, as a matter of fact, I do believe how cold it is.”

With this exchange, the first of a daily ritual that would be repeated between us for months without variation, I knew that winter had been declared open.

In New York City, there are really only two seasons — “Winter” and “Street Repair.” Winter was cold and inconvenient. “Street Repair” was hot and inconvenient. My coworker wasn’t happy with either. Yet he never failed to announce the beginning of “Road Work.” The official date changed every year, but he never failed to signify it by dropping by my office first thing in the morning, his Starbucks commuting coffee mug in his hand, and saying, “Boy, oh, boy, do you believe how hot it is? Damn!”

He was a living, breathing, mind-numbing example of why the number two fantasy of people who work in offices is the ruthless slaughter of one or more of their coworkers. (The number one fantasy? I don’t have to tell you. You know. And you should be ashamed of yourself.)

When I moved to southern California, this was one little daily irritation I was happy to leave behind along with “Winter” and “Road Work.” Southern California has only one season, “Traffic,” but since you have to go to “Traffic” in order to be in season that was okay. I no longer needed to kill my coworker, only tailgaters.

However, as a hermit in the hills above Laguna Beach, I discovered another two seasons — “No birds” and “Birds.” That’s otherwise known as “Not Spring” and “Spring.” When the birds leave sometime around the Christmas holidays, you don’t really notice it. At least I didn’t until I passed a neighbor, ye olde Starbucks commuting coffee mug in his hand, on his daily constitutional and he said, “Boy, oh, boy, do you believe how quiet it is? Damn! Sure wish the birds would come back.”

He walked on but I stopped and turned slowly to look at him. Brief memories of fantasized mayhem washed over my mind until I shook my head and thought, “No. Can’t be. Just your imagination,” and went on my way.

But, of course, what couldn’t be, was. Over the course of the next few months, I’d pass this neighbor on our overlapping walks and he’d invariably say, just to be neighborly, “Boy, oh, boy, do you believe how quiet it is? Damn! Sure wish the birds would come back.”

In time, of course, the birds, as birds will, did come back. I noticed it one day when, just at dawn, a bird woke me with a Bachesque series of trills and calls. A day or so later, when passing my neighbor on the hill, he said, “Boy, oh, boy, did you hear that bird this morning? Terrific!”

But nature is not decorative no matter how much we might wish it would be. Where you have one bird, you get two. When you have two, you get ten. And ten is just the prelude to a hundred or even more, as Alfred Hitchcock knew.

About a month after the first return of the birds, I was awakened by a cacophony of bird calls hooting and screeching at the first crack of light. I shrugged it off and went outside to get the paper from the driveway. My bird-loving neighbor lives diagonally across the intersection. I picked up the paper to go inside when I heard the sliding door to his deck open. I looked across and saw him in his underwear stagger sleepily out into the rising and falling cloud of colorful bird calls, wipe the sleep from his sad eyes, and shout out into the pristine morning, “Shut… UP!”

Even in paradise, it seems that some people are never really happy. Must be the traffic.