“Communist Coercive Methods for Eliciting Individual Compliance: The Biderman Report of 1956 and Covid-19” 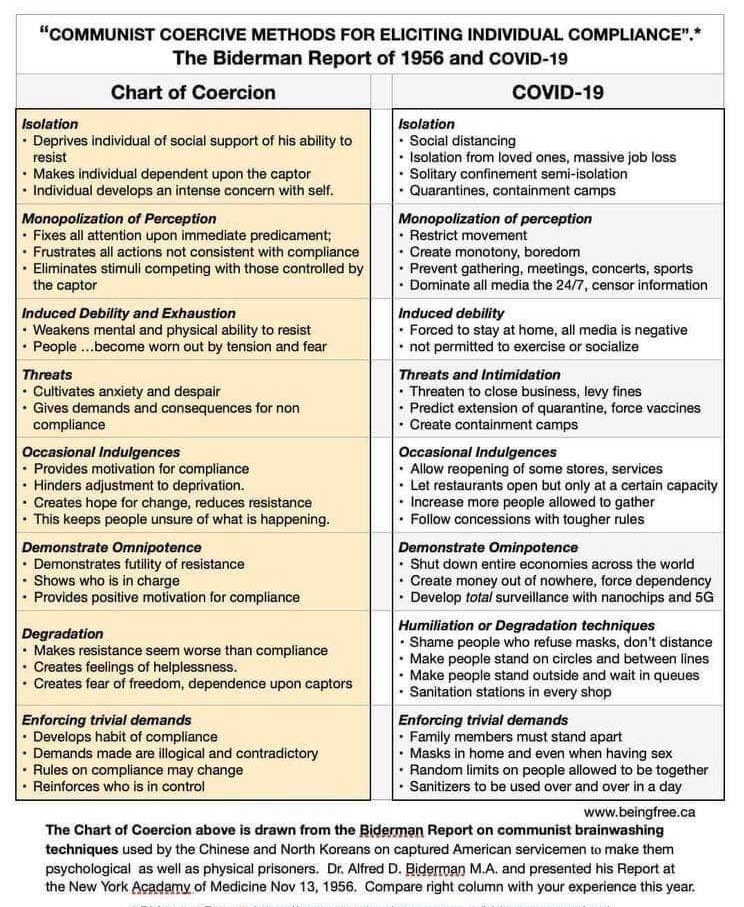