Strange Daze: The Cream of Supreme 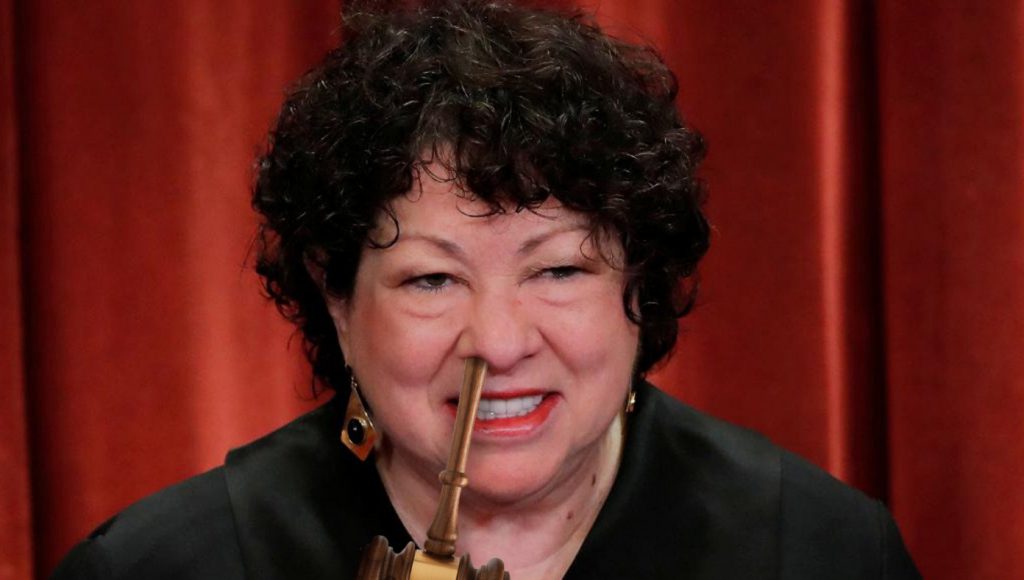 Oral Arguments Postponed As Justice Sotomayor Gets Gavel Stuck Up Her Nose Again |  “Dang it, Sonia!” shouted Kavanaugh as he looked over and saw her frantically trying to get the wooden mallet unstuck. “How many times do we have to tell you not to do that? I’d whoop you if you were my kid!” Kavanaugh then cracked open a tall, cool Keystone Light to take the edge off. 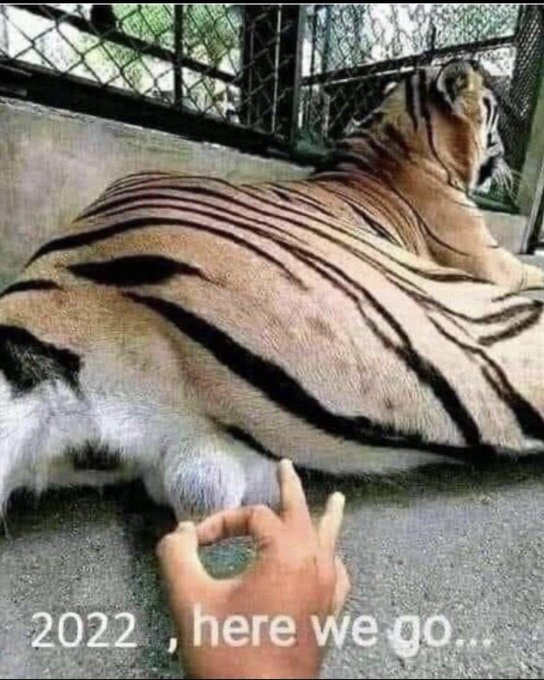 Not enough U-Haul trucks for fleeing Californians in 2021 amid ongoing blue-to-red flight: report |

The Histrionics and Melodrama Around 1/6 Are Laughable, but They Serve Several Key Purposes The number of people killed by pro-Trump supporters at the January 6 Capitol riot is equal to the number of pro-Trump supporters who brandished guns or knives inside the Capitol. That is the same number as the total of Americans who — after a full year of a Democrat-led DOJ conducting what is heralded as “the most expansive federal law enforcement investigation in US history” — have been charged with inciting insurrection, sedition, treason or conspiracy to overthrow the government as a result of that riot one year ago. Coincidentally, it is the same number as Americans who ended up being criminally charged by the Mueller probe of conspiring with Russia over the 2016 election, and the number of wounds — grave or light — which AOC, who finally emerged at night to assure an on-edge nation that she was “okay” while waiting in an office building away from the riot at the rotunda, sustained on that solemn day.

That number is zero

None of My Best Friends Are Black –  I never thought that black people were any more dangerous than white people. Experience alone taught me that. And we have nothing to gain and everything to lose when groups live in poverty. But I often wonder about the black people I knew in my earlier years. Would they still call me their friend? Or would they call me a racist and judge me guilty of crimes I never committed and of harboring thoughts that never entered my head? Would they demand reparations for things I never stole or did? Would I be a still be a friend or an enemy? 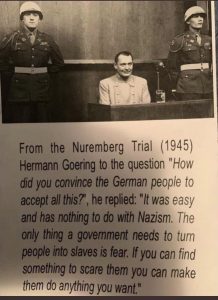 Light It Up! | Kunstler Omicron: kind of an embarrassment to “vaccine” tyrants who still seek to jab every arm on earth, and at ever-shortening intervals — like a med school version of The Sorcerer’s Apprentice, only with syringes running amok instead of brooms. The Party-of-Chaos (the one headed by the ectoplasmic “Joe Biden”) does not want to let go of Covid-19, its Swiss army knife of destruction. With Covid-19, you can push people around and mess with their lives every which way, shut down their businesses, lock them in their homes, screw them out of their livelihoods, delete their reputations, board-up their social venues, cancel their careers, revoke their licenses, drag them into court, fine them into penury, cram them into prison camps, and much more. 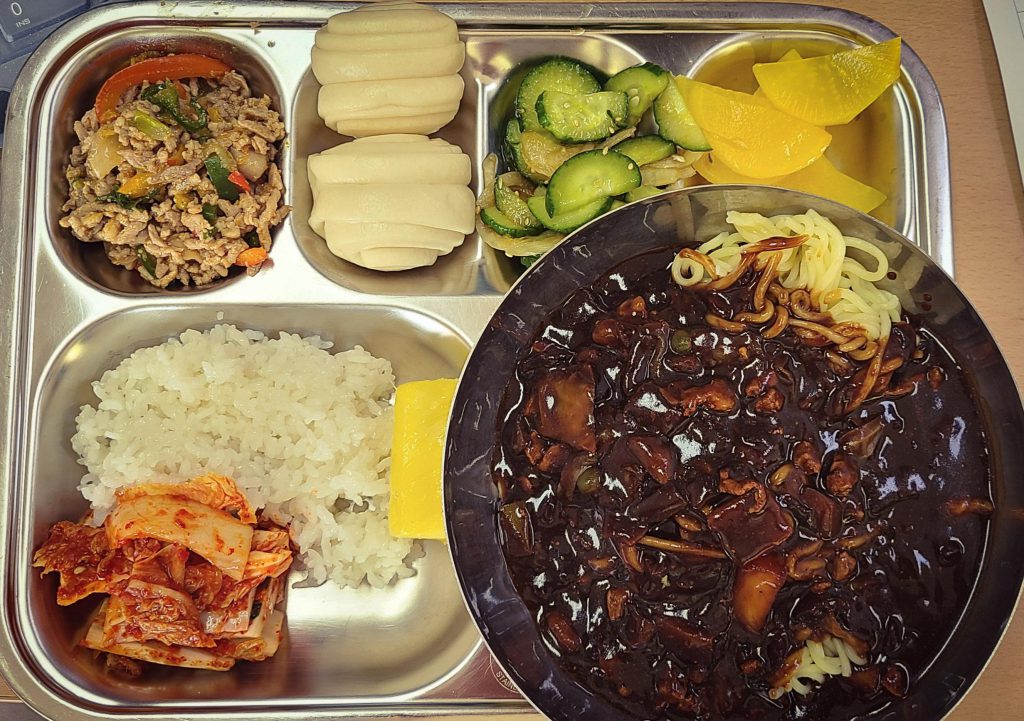 The Shirk Report  Korean schools have nutritionists plan the lunch menu. This is ONE meal! 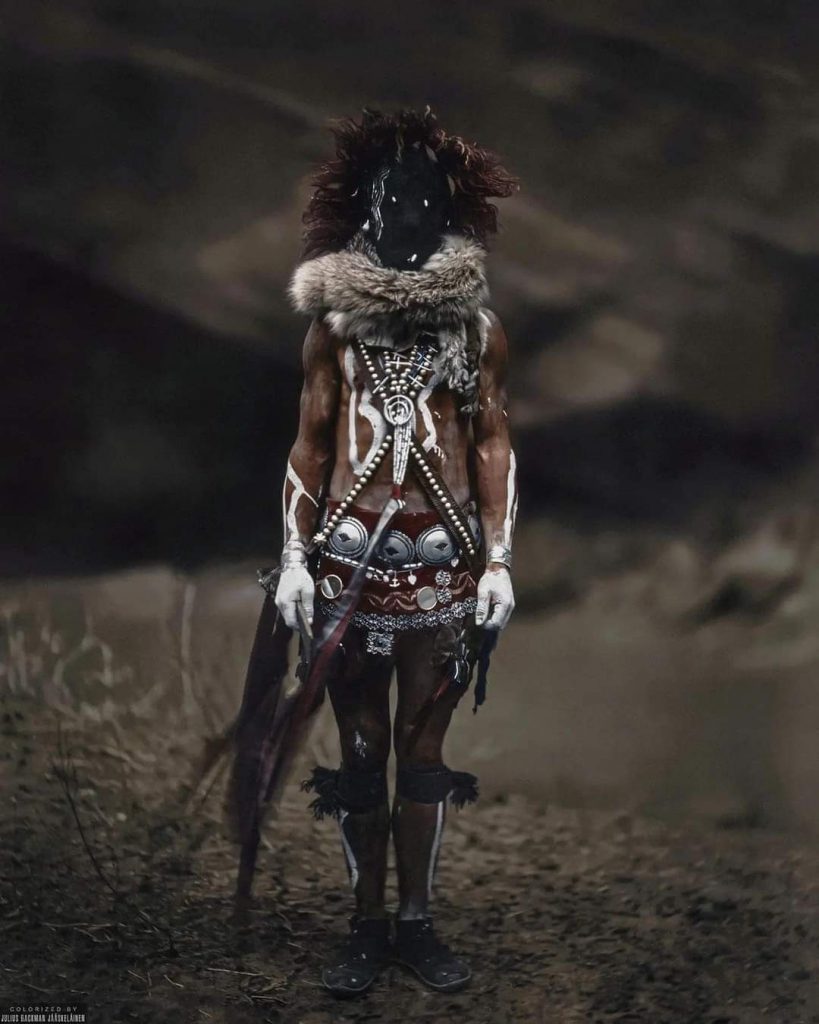 A Navajo man photographed in 1904 dressed as Nayenezgáni, a mythical hero from Navajo mythology.

He, along with his brother Tobadzischini, rid the world of the Anaye (monsters from Navajo mythology). 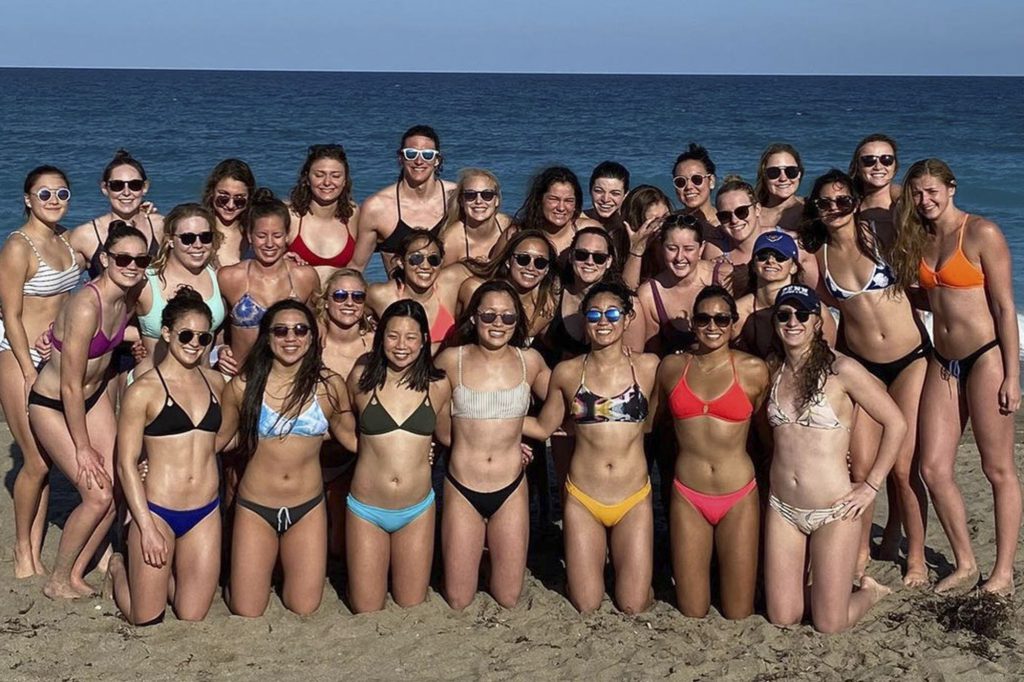 MOTUS A.D.: Everyone Needs A Little More March Madness First there was just the Men’s, then, to be fair, they formed the Women’s. Penn Transgender Swimmer Lia Thomas Beaten By Yale Transgender Swimmer Iszac Henig. Clearly, the time has come for the NCAA to form a third division: the Other’s.

Ted Cruz goes on Tucker to try to walk back his words about January 6 –  Regardless of my personal feelings about the merits of Cruz’s defense, in the unlikely event that 2024 boils down to a fight between whatever Democrat party candidate and Ted Cruz, I’m voting for Cruz. At the end of the day, I’m not going to be stupid enough to turn my back on a highly intelligent man who has a consistently conservative voting record.

Paul Kingsnorth, The Vaccine Moment: Part Three  The world is not a mechanism: it is a mystery, one that we participate in daily. When we try to redesign it like a global CEO, or explain it like an essayist, we are going to fail: weakly or gloriously, but fail we shall. The Machine, the technium, the metaverse: whatever we name our 21st century Babel, and however overwhelming it seems to us in the moment, it can never conquer in the end, because it is a manifestation of human will and not the will of God. If you don’t believe in the will of God, call it the law of nature instead: either way, it speaks the same thing to us. It says, gently or firmly: you are not in charge.

Why They Hate Russia | Majick Covid Spells, MaJick Covid Nasal Swab Rituals, And The Majick Covid Elixir They want you to be nice. Be a polite human being. They want you grovelling at their demonic mental illness and deny reality. And they want your children to be them.

“Whiteness is a Disease” in his defense of Critical Race Theory in education.

Are you paying attention yet? pic.twitter.com/vnIH3axwzd 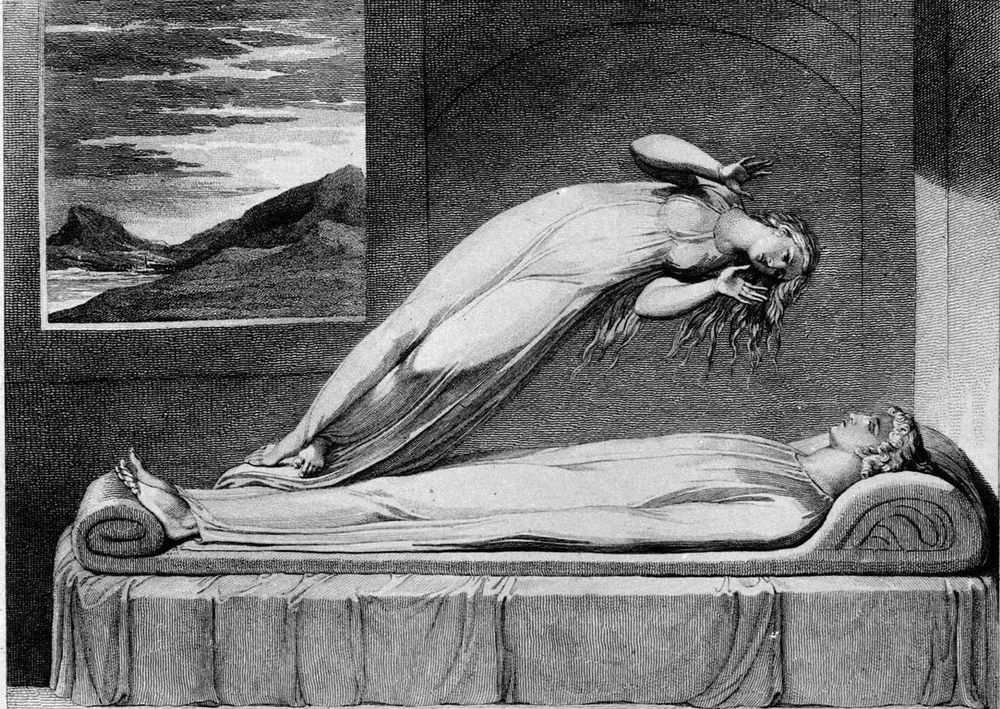 21 Grams: The Weight of The Soul  There remained but one more channel of loss to explore, the expiration of all but the residual air in the lungs. Getting upon the bed myself, my colleague put the beam at actual balance. Inspiration and expiration of air as forcibly as possible by me had no effect upon the beam. My colleague got upon the bed and I placed the beam at balance. Forcible inspiration and expiration of air on his part had no effect. In this case we certainly have an inexplicable loss of weight of three-fourths of an ounce. Is it the soul substance? How other shall we explain it?

You can’t parody this pic.twitter.com/hTUyefRMfz

Why do we hate newer music the older we get? – 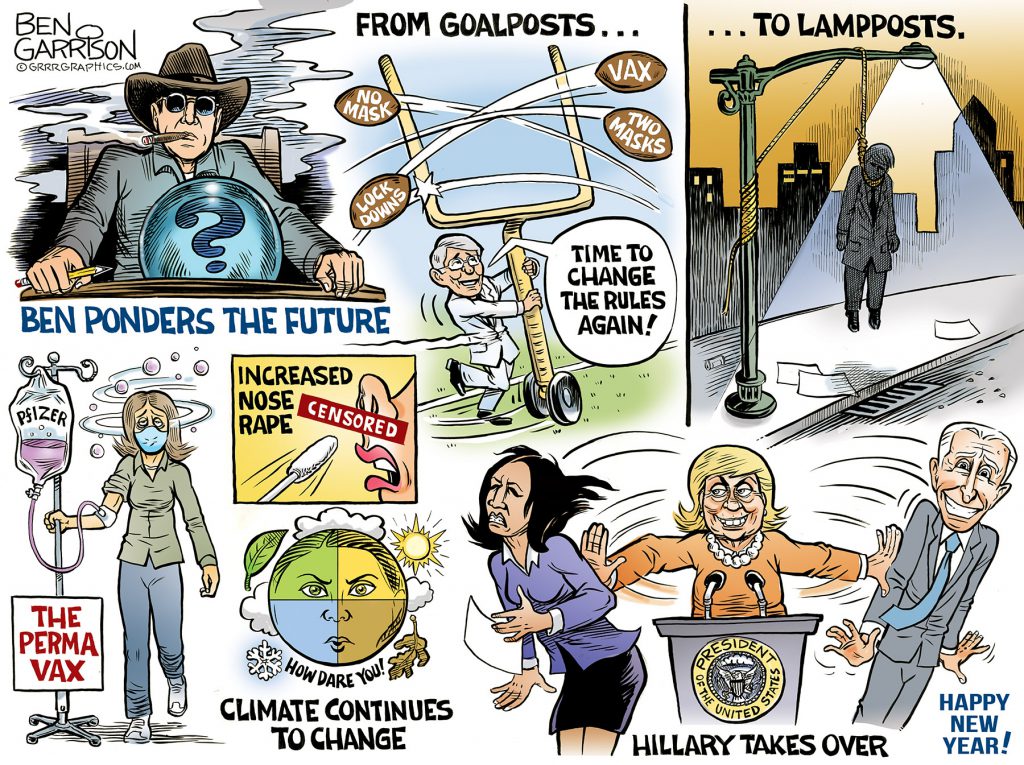 Next post: Noted in Passing: Not chips off the old block any more

Previous post: Junkies Must Go! Sunday posting will be as broken and halting as my car window