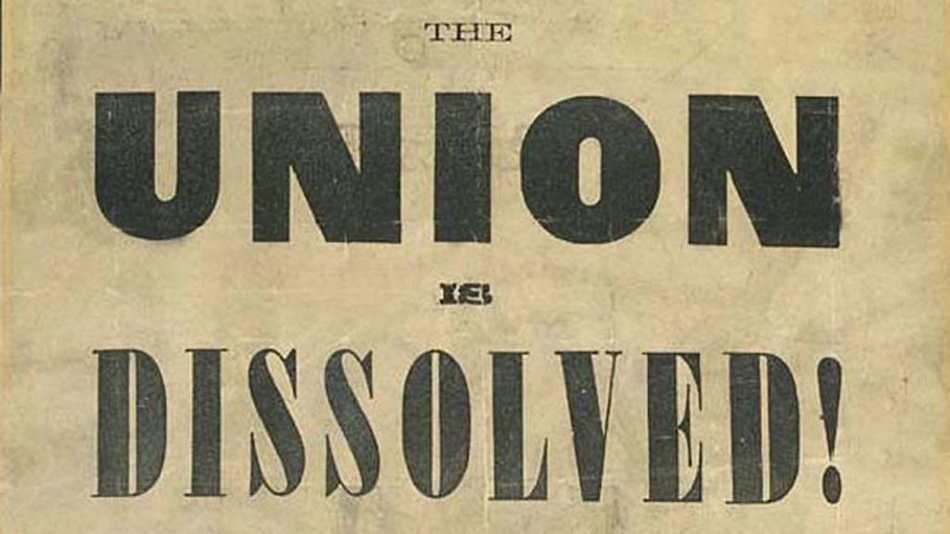 Roger Kimball describes the historical roots of Our New Secessionists

Item 1: “People now marvel how it came to pass that he should have been selected as the representative man of any party. His . . . efforts, imbecile in matter, disgusting in manner, have made us the laughing stock of the whole world.”

Item 2: “A tragedy for the American republic, a tragedy for the Constitution, and a triumph for the forces, at home and abroad, of nativism, authoritarianism, misogyny, and racism.”

Item 3: “He is evidently a person of very inferior cast of character, wholly unequal to the crisis.”

Item 4: “Heartfelt keening of shame and revulsion was heard throughout the land.”

These nuggets refer, of course, to the president. But which president? Items 1 and 2 refer to . . . whom? If you said “Donald Trump,” you are only half right. Item 2 does refer to President Trump. It is from David Remnick’s hysterical threnody in The New Yorker, published in the early hours of November 9, 2016. But Item 1 refers not to Trump but to Abraham Lincoln. And it comes not from some rabid secessionist but from the Salem Advocate, a newspaper published in Lincoln’s home state of central Illinois.

Items 3 and 4 are easy. Any woke member of The Resistance will guess that the “inferior character” must be Donald Trump. But it isn’t. The great orator Edward Everett was also referring to Lincoln. Item 4 comes to us from “Annals of Resistance,” a series of skirling anti-Trump dispatches in the Huffington Post.

Discuss, oh ye reincarnated members of the Confederacy wandering disconsolate back to your lines after Pickett’s Charge.

Next post: Moments in the Age of Miracles and Wonders: ‘Single Atom in an Ion Trap’