Strange Daze: Always Look for the Union Label and the Silver Lining

Look for the REAL Union Label: Union Labor – by Michael DC Bowen – Stoic Observations Obviously working class people are left high and dry with little to no serious consideration. They don’t code. They weld. They pour cement. They repair material things. They prepare meals. They dig in the dirt for ores and minerals and for growing plants. They tend animals. They have no such people like them in Congress. They are forgotten, belittled, besmirched. They depend on complete fool outsiders like Trump because they are desperate. The slightest amount of patriotic sentimentality gets them in their guts. Why? Because in their hearts they know that their grip on the wheels of commerce is what makes America function. 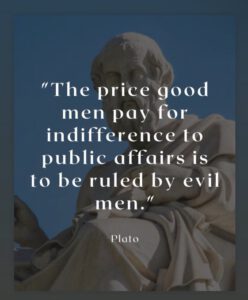 They know the geography. They know the infrastructure. They know the pipes and wires. They know the arteries and veins. They know the currents and tides. They know the woods and watersheds. They hump furniture up and down stairs. They peel potatoes by hand. They birth babies. They coach kids. They know that they are critical and they carry out their duties with all the care and dedication required. In silence. We pay them lip service as ‘the heart and soul of America’ and all the truck vendors and country singers give them a bit of glory. But they have all of the political influence of a homecoming queen.

I find American economic discussions extraordinarily complex. After all this is the largest, most diversified economy in human history. I tend to believe its inefficiencies are useful given how much we are money-driven rather than culturally sophisticated. We’d burn through every social convention to get paid if regulation didn’t slow us down. Just like gangta rappers do. So there are probably a dozen ways in which the re-establishment of union power in America might be stifled such that the above talk could be rendered useless and even wishful. Still, it is the most legitimate kind of power I can think of that would be directly beneficial to the ordinary Joe. If you’re political, ask what the right unions might do for all of us.

What do you know? Why don’t we have good, powerful unions? 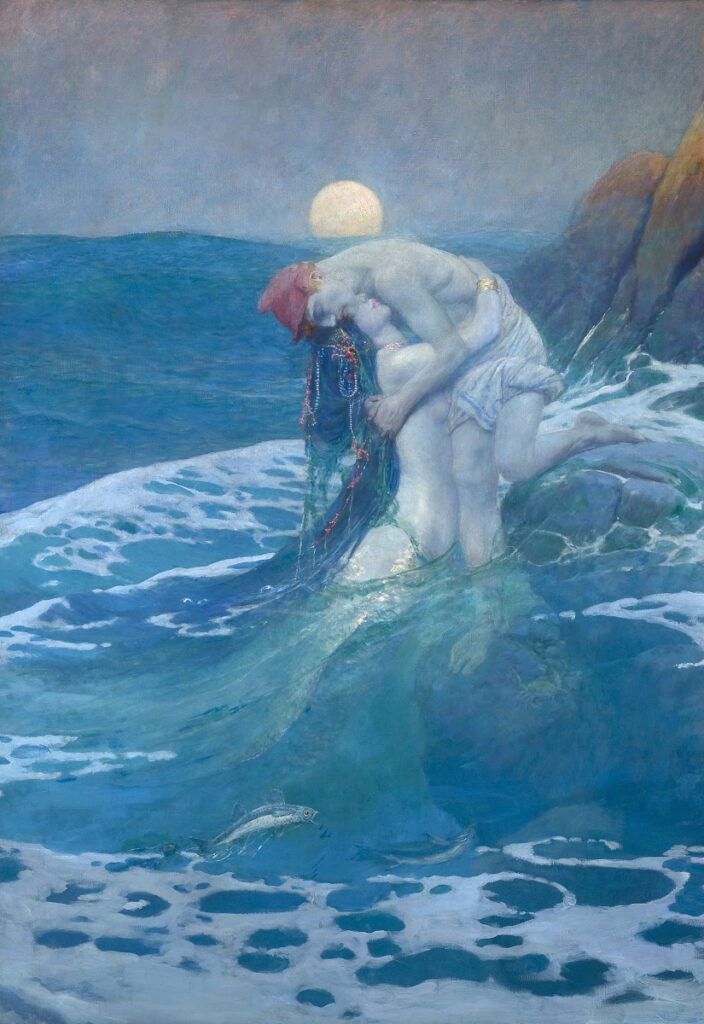 Howard Pyle’s *The Mermaid* (1910) – The Public Domain Review There is something profoundly haunting about a master artist’s last painting left unfinished upon its easel, especially when that work has had such a powerful hold on the modern world’s imagination. Writing about Howard Pyle’s (1853–1911) The Mermaid in The Outlook less than a year after the artist’s death in Italy, a “Spectator” described the unfinished and unsigned painting “brought back from Florence”: heaving sea of iridescent blue and green, a cold moon, and slippery rocks, from which a mermaid siren, glittering, mysterious, alluring, winding her white arms about the young fisher-lad, was dragging him down, down, into the depths below of white lacing foam. But the painting did not travel with Pyle to Florence: it never left the artist’s atelier in Wilmington, Delaware. 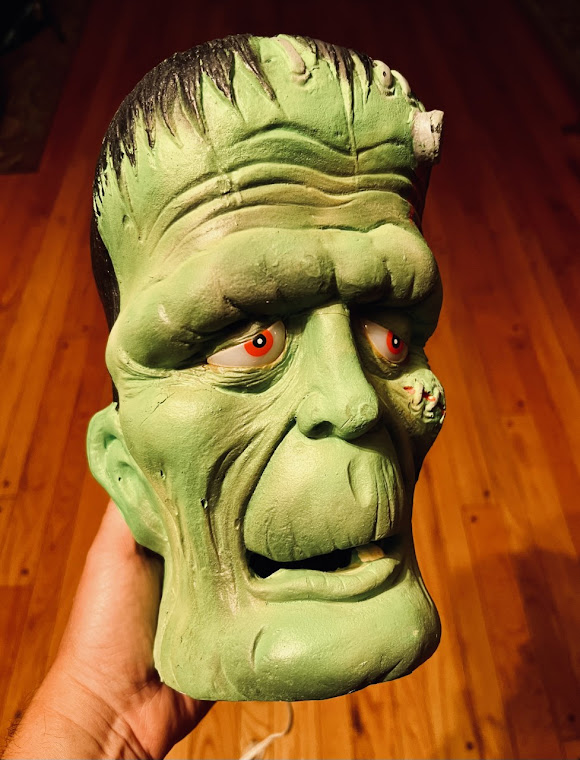 and everything else too: The Head of Frankenstein 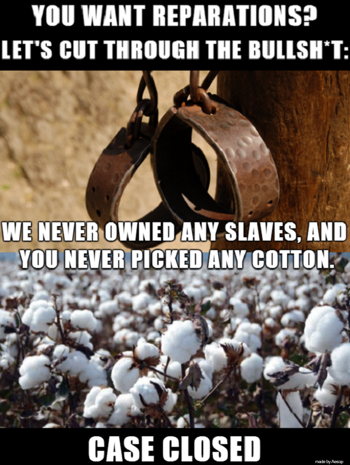 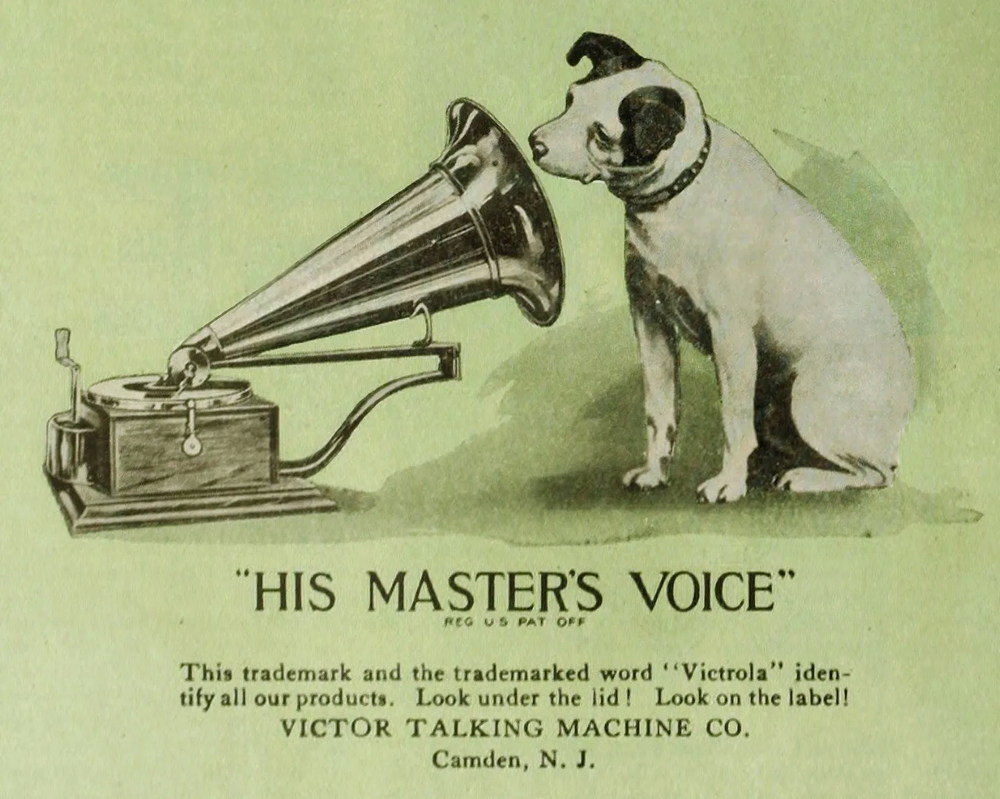 The Buying Mania for Old Songs Has Come to a Sudden and Ugly End Consider the case of Hipgnosis, the British investment fund that took the lead in this buying mania. The fund was launched in 2018 with the promise that old songs were “a better investment than oil or gold,” according to the Financial Times. Hipgnosis eventually raised more than a billion dollars, and during their first year alone acquired rights to 5,000 songs. But that was just a start. By the end of 2021, this fund controlled a staggering 65,000 songs. Whether your tastes turn to Neil Young or the Chainsmokers or Barry Manilow, they control the songs the whole world sings. And Hipgnosis was so convincing in its advocacy for songs as investments, others with deep pockets decided to acquire vintage song acquire catalogs of their own. Even record labels, businesses that usually focus on new music, decided that it was now better to invest in oldies. But those rosy promises have failed to come true. As it turns out, oil and gold really are better investments than classic rock. 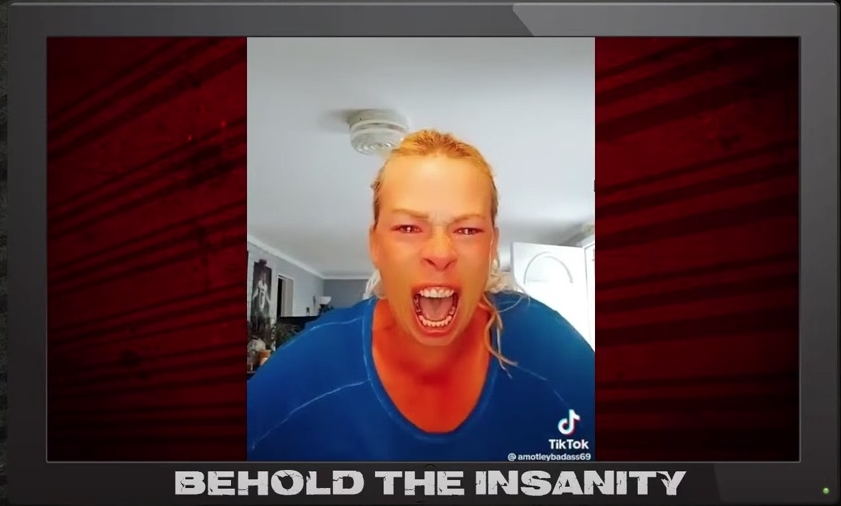 You’re still going to have to shoot sumbitches in the face, long past the point you’re sick of it, and they still won’t leave you alone, not ever, until there aren’t any of them left. Look at what happened in Rhodesia. Look at what’s going on in South Africa. Look at Israel. You can’t build the fences high enough to make people who want to kill you stop trying. And there’s no where left to run. You’ll have to hunt them down and exterminate them to bring that happy moment to fruition. Waiting for the knock at the door is planning to fail. 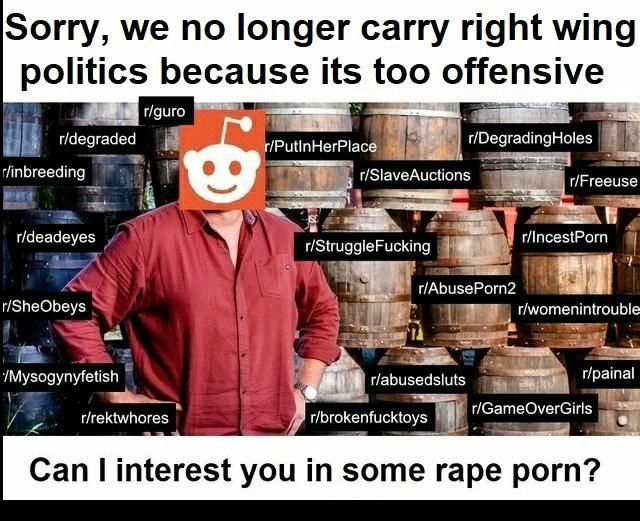 Following his Mouth-of-Hell speech last week, declaring war on half the country, “Joe Biden’s” prospects are dimming along with sclerotic circuits in his brainpan. The Party of Chaos is desperate to survive the midterm election. Therefore, look for them to grudge up an excuse to make them not happen. They need a “national emergency” and they’ll manufacture one if necessary. Wait for it. 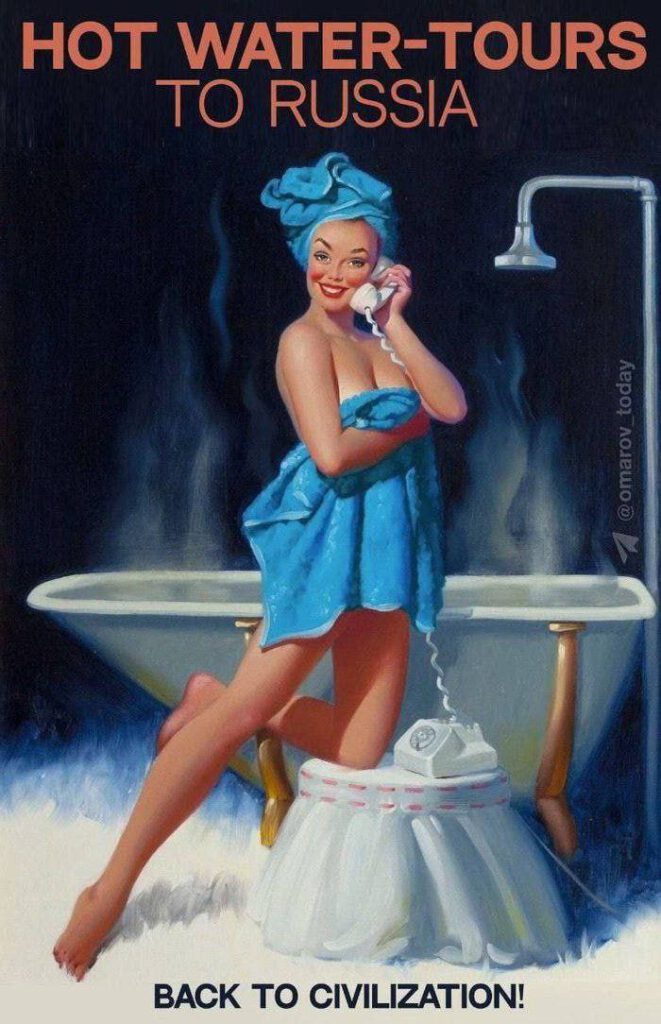 For the Sake of Delusion – by T.L. Davis It’s really okay, we know, we understand, you have so much of your life and your personal testimony invested in climate change as a problem you feel you can solve by voting for communists and converting the world to electricity produced by wind and solar, but it’s all impossible, stupid and while you don’t want to be wrong and have to admit that to all of your friends and family, you will continue the abuse of the earth, the people and the joke of electric vehicles as a viable form of transportation, outside of very narrow travel distances, forever. 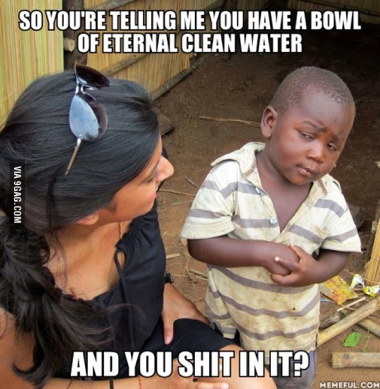 The Corpse Of Democracy | The Z Blog This is the problem with mass democracy in a mass media age. Our culture, including the political process, is a giant lie machine. Imagine if people went about their day with people from the state following them around with a bullhorn, constantly shouting random slogans at them. This is what we have today. We are awash in nonsense from the mass media but are expected to have sensible opinions. It is no wonder that the political system is unresponsive to the public will.

War On Western Culture: Crushing The Modern World – In the last week, a sexual predator, felon and habitual criminal, African-American Cleotha Abston-Henderson, 38, raped and killed Eliza Fletcher, a 34 year old kindergarten teacher with two small children. After grabbing her off the sidewalk during her daily jog, he left her mangled body behind an old house in Memphis, Tennessee. As reported by the media, Memphis’ murders reached over 352 in 2021. Even more tragic, if the two had reversed skin colors, Memphis would still be in flames as of this writing. But because she was white, the legal process will move forward without BLM rampaging throughout the city. 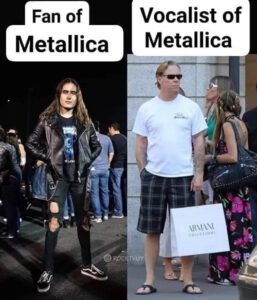 Farm or Die – The American Conservative We don’t have an economy. We have a couple of guys in Indiana driving John Deeres. The rest of us are just waiting tables, sending emails, and delivering Stranger Things Funko Pops to people who wait tables and send emails. It’s not real. None of it is real. 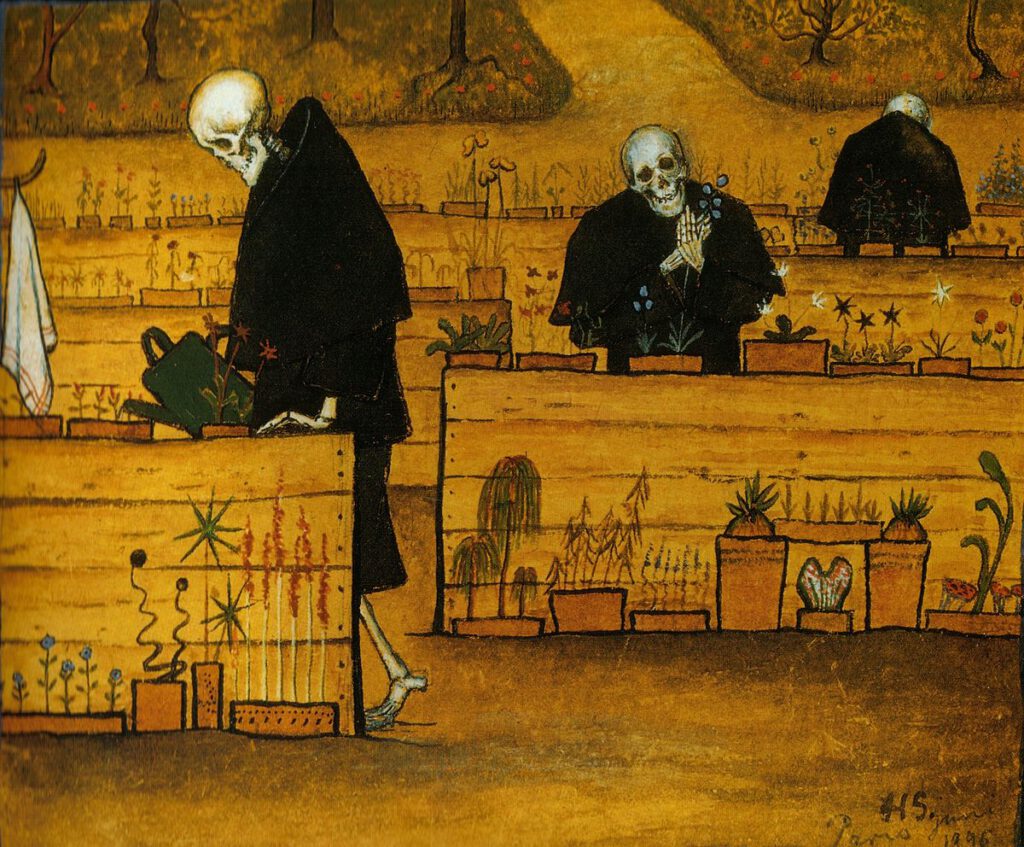 Hugo Simberg’s Painless Death – Flashbak “The painting itself gives the answer. Everyone has to find it for themselves” – Hugo Simberg 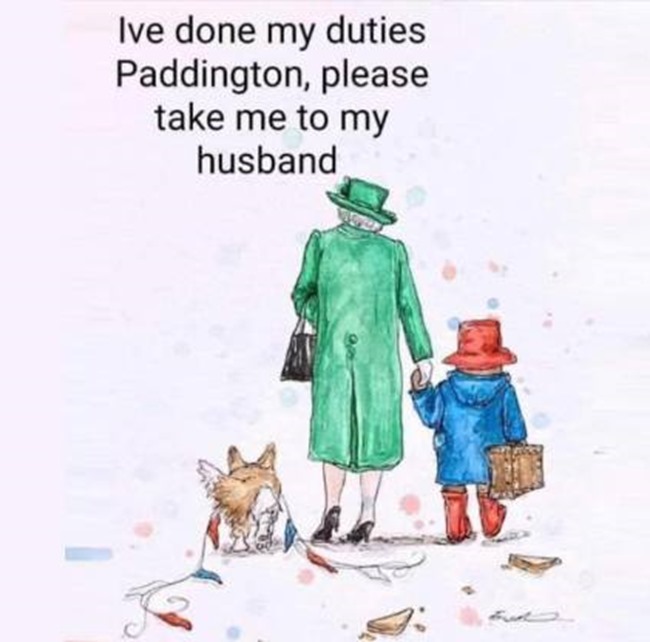 Next post: Noted in Gassing: Up Up and Away!