Who says there’s no good news? [Updated with TRIPLE RAINBOW!! **] 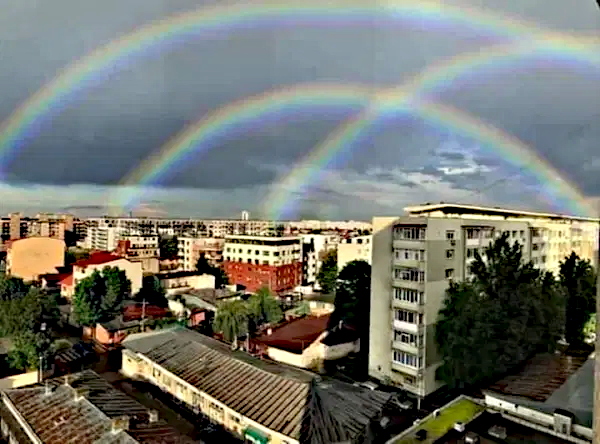 If you believe in symbolism the three rainbows in this recent photo taken in Israel could easily represent; the UAE-Israel Peace Deal, the Bahrain-Israel Peace Deal, and the Kosovo-Serbia Peace deal where both nations agreed to recognize Israel and place diplomatic missions in Jerusalem. A Large Regular: Triple Rainbow

America — according to Accordian Trump… pic.twitter.com/hcMHu40Gnl

John Kerry with a 2016 Middle East take that aged like milk in a sauna. pic.twitter.com/2Vae6yDJFt

Yosemitebear’s Mountain Double Rainbow of 1-8-10 is now north of 43,600,000 views on Youtube. Sadly, Yosemitebear passed away in May of this year.

“Whatever happens I’m ready for it, I’m happy to experience it all, it might only be pollen and I’ll have more time in my apartment, if it’s the virus and it’s my time to recycle I look forward to coming back to a new body and starting over, whatever happens I’m enjoying the ride,” part of the May 3 post reads.

Previous post: Time for All of Our Soldiers to Come Home