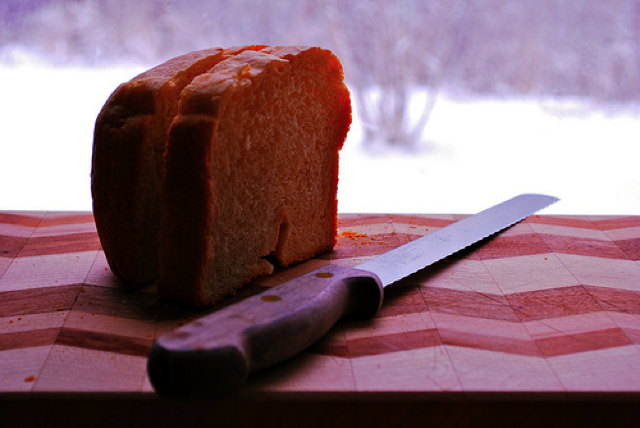 Matthew had some strong ideas about prayer. It is in his book that we find the Lord’s Prayer, also known as “The Swiss Army Knife of Prayers.” This particular prayer, according to Matthew (who should know about such things), is the Alpha and the Omega of prayers. He stresses this when he writes in Matthew 6:9-6:13, “After this manner therefore pray ye: Our Father which art in heaven….

Of late, and for obvious reasons, I’ve become more likely to pray than to curse. Indeed my new program is to swap a prayer for a curse whenever I find I’ve slipped into the cursing mode.

In a world that is accursed putting more curses into it is never a good idea. We are full up at present. No shortage of curses that I can see. Still, slipping into the cursing mode is easy to do in today’s world. We’re encouraged to do it by the very nature of the secular society.

Add to that my thirty-year stint in New York City where the standard reaction to almost any event is either a curse that involves the middle initial of the Savior (Just what does that “H.” stand for anyway?), or the invocation of unnamed males who have an affinity for crude sex only with females of the motherly persuasion, and you’ve got, when it comes to my ability and propensity to curse, one crude mother…

It’s a bad habit and one that I am trying to break. One way is, whenever I catch myself in an angry cursing moment, to recite a prayer instead. And the goto prayer in these multiple moments is always the Lord’s. It’s brief. It’s beautiful. I can say it at high speed and by rote.

Our Father which art in heaven,
Hallowed be thy name.
Thy kingdom come,
Thy will be done in earth, as it is in heaven.
Give us this day…

The Lord’s Prayer also has a hidden benefit. It has, at its core, one simple but profound request:

That’s it. That’s the real core of all prayers. That is the one request of the Lord without which nothing else matters. That is what all our past, lost days flow towards and which all our future hoped-for days flow from. Without the gift of “This Day” the ones that have passed have no meaning and the ones that are to come have no potentiality. Both are but abstractions or, as the poet has it:

Which is a fancy way of saying that without the gift of this day being given us all else is lost. Secular thinkers speak of this as being “in the now” as if “being here now” was all that it took to be really alive.

I lived in that pop-cult fauxworld for years before escaping and, looking back, I seem to remember it not as replete with luminous headlands overlooking the sea, but as the shadowlands that loom beyond a darker border. It was neither a gift nor a curse, a burden or a blessing. It simply was and, as a result, was rather unremarkable.

That secular world originated out of nothing, out of the limited imagination of the noosphere and, with no reach beyond itself, existed closer to the Alpha than to the Omega. It had, as secular things often do, a tangle of bright, shiny deceivers clustered around its non-belief like gnats outside a privy, but when you arrived at the center it had nothing to say about tomorrow, and very little to promise about this day other than that it would be roughly similar to yesterday. There was little inscape and no escape. Its “Now” was always the same day, neither given nor taken but simply existing. It was the kind of day in which the existence of the Human and the existence of Planaria was essentially equal. I, for one, would rather ask for my day than simply arrive in it.

This is why, when I pray the Lord’s Prayer, I always pause — at the very least — when I come to the phrase, “Give us this day.” And in that pause, I remember another phrase derived from scripture, “Tomorrow is not promised.”

I once knew that phrase, “Tomorrow is not promised,” in a rather dry, academic, vaguely poetic manner. Now, having had my all my tomorrows removed and then miraculously restored, I understand the phrase down to the marrow of my bones. Coming into this day I always ask “Give us this day.” Departing the day I find I return to the early litanies of childhood, “I pray the Lord my soul to keep. If I should die before I wake….”

But then, so far, I do wake and I continue in my project to replace curses with prayers. I’m not very good at it yet. Still fairly shaky. Then again, as another poet tells me,

The Lord give me (and give you) This Day.