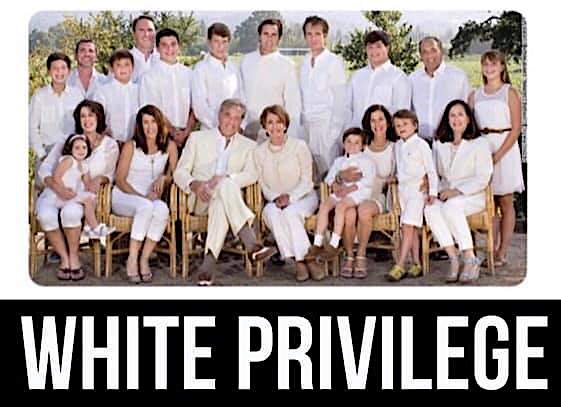 Many Conservatives and even Republicans, drenched in despair after the ascension of the pale puff adder Pelosi are asking, “What difference can a few years of Nancy Pelosi and friends make? It can’t get worse.”

Really? Are you new? Were you just born in a cabbage patch? We are dealing with Leftoids, ObamaZombies, Hillary’s Whores, Bone In The Nose Bozos, and evil clowns here and the ruling rule of the Left is always: “It. Gets. Worse.” The United America-haters of America (aka “Democrans and Republicrats”) have been checking off items from their “ToDo” List for some time. Here are the items still left on it that they will be rolling out in the next two years.

Abortions R’ US (also know as “MA1.5”): Dear Dems, Let’s get to the point before you roll another joint… What the country wants to see is where you really stand on this issue. Here’s the program: Mandatory abortions after 1.5 children (MA1.5) for everybody except special congresspeople and high-net-worth Democratic donors who can buy one or two more kids. All Democrats in the House and Senate will receive funding to open abortion clinics in their home state’s congressional offices and traditional polling places.

Eco-rider to “Abortions R’ US ” (MA1.5): To conserve the scarce resources of our eternally-endangered Planet, all aborted fetuses will be harvested into beer coolers, packed with dry ice, and dispersed by means of Lear Jets to Federal tissue and organ banks for the future use of important Americans such as politicians, film-stars, dot-com billionaires, and FTM trannies in good standing with the DNC.

StemWinding in Our Time: In keeping with the MA1.5, and other pilot programs to harvest and recycle all US, Canadian, and Mexican medical waste, stem cells will be harvested as well. These vast Petri-dish collections will be dispersed to the newly created Federal StemScientist Laboratories and Spas in all the 50 states plus American Samoa.

“FedStem” labs will be fully-funded so that they can better muck about with the basic building blocks of life. Before being dispersed, all stem-cell harvests will be clearly labeled as to their genetic makeup so that the designated stemcell’s membership in an endangered-victim group can be noted and victim quotas fulfilled. Stem-cells found to be associated with any majority or Republican group will be returned to the point of origin for incineration along with their donor.

The Better Americans Through Diversity Bill (BATD): Let’s face it, too many Americans, when it comes to marriage, are still sticking to their own kind. BATD solves that via forced marriages for the diversity-impaired. This bill, which requires all Americans to register their race, color, creed and national origin at birth, will give a much-needed high-colonic to the presently stalled “Coffee Colored Compromise.”

With full-funding and draconian enforcement (which may or may not extend to mass sterilizations), the Democrats have no doubt that they can create the new Americans, the iRace, within a decade. To ensure an optimum mix of breeding stock, bussing will be employed between such areas as Beverly Hills and South Central. To ensure that “race-neutral” breeding takes place as scheduled, fully-qualified members of the National Teachers Union will be paid double-time to oversee and instruct these “Prom” replacement fornication festivals.

The Be Kind to Border Jumpers Bill (The BK-BJ): To replace the millions of Democratic voters D&C culled by the MA1.5 bill, illegal aliens, regardless of country of origin, will receive a Diversity’s Kidz Wavier (DKW) that requires them to have 5 to 12 children.

The Family Esteem Statute (“FES”): As the Democrats’ definition of “Family” expands to encompass everything on the North American continent up to and including the caribou herds roaming the Alaskan tundra, it will be important for them not to just legislate but to educate as well.

After a long-overdue purge of local school boards and National Teachers Association recidivists, this act mandates hands-on kindergarten sex education from trained professionals who have previously been forbidden to live with 2,000 yards of a school.

In order to bring pride back to the millions of single mothers of five under the age of 20, the word ‘bastard’ shall be expunged from all dictionaries and literature, to be replaced with “village child.”

The Comprehensive Anticipatory Child Care Act (CACCA): Given the   stress and   expense involved in raising a child, any parent may, upon application and proof of a solid Democratic voting record, have the child removed from the home and stored in a government approved “Foster Child Care Farm.” These institutions shall be established in the homes or on the property confiscated from any American shown to have voted Republican — federal, state, or local — since the assassination of John Fitzgerald Kennedy.

The Dress for Survival Act (DFSA): “Stop that running! You’ll put your eye out! Don’t play in the street! Watch it! Watch it!” Who among us has not felt compelled to break our child’s will with this kind of unfeeling and emotional criticism? And yet, children continue to be killed, maimed or get a boo-boo every day. With the passage of the DFSA this will come to a halt as all American children when exiting their bed will be required to don full-body Eddy Murphy-certified fat suits to prevent any injury whatsoever. The cost for this program will not create any new personal taxes because it will be funded by a 100% tax on oil-company profits.

The Traditional Family Readjustment Act (TFRA): In keeping with the goals of “The Family Esteem Statute,” the words “mother” and “father” and their derivatives in daily speech are to be replaced by first names of parents (if both are known). In addition, the Fifth Commandment shall be expunged from all present and future Holy Books, as will all similar religious references to “Honoring thy father and thy mother” unless found in the Koran.

The You’re Not the Boss of Me Bill (YNBM): Criticizing, looking sternly at, correcting, or in any way reducing a child’s beautifully natural self-esteem from infancy to 35 years of age shall be a misdemeanor. Touching a child with corrective intent shall be a felony. As a bonus, this extends to any handling of the child’s feces. Both will be subsumed under the new law informally known as “No Child’s Behind.”

The Universal Marriage of Everything Act (UME): Men, women, dogs, cats, goats, or Barbra Streisand in that hideous Focker movie. We don’t care. If you can fondle it you can marry it. Complaints or whining about this fundamental fundamental will be punishable by summary execution, the better to cull the herd.

The Divorce with Benefits Act (DWB): All Divorces shall be no fault, but must be adjudicated as no-fault to a minimum of $50,000 in legal fees so that Trial Lawyers are not hurt by this ruling.

Gay divorces, should one ever actually occur, are exempt from the monetary awards of this act, but all window-treatments shall be divided equally along with the Spode China, so buy the 12 place setting. For the first five years of this act, all gay divorces (should any ever actually occur) will be required to be done on a TV reality show so that Judge Judy does not profit from this act.

Hetero or bi-sexual divorce, being declared officially to be no-fault on the part of any individual no matter how many people shall have been in the marriage, any male involved in the divorce shall be required to pay to a designated female involved in the no-fault divorce (should there actually be any females in the marriage in the first place), a minimum of 60% of his before-tax income calculated backwards to the date of the first kiss in the relationship that would later become marriage.

Should 1.5 children have arisen from the Union before the mandatory abortions kicked in, the father shall pay a total of 20% of his before-tax income to towards the care of those children until they reach the age of 65.

Should the female remarry and bear any children to the next husband, the husband of the first marriage shall be required to pay 10% of his before-tax income to the children of the second marriage since the female never would have had them if he hadn’t been such a bastard in the first place.

Nothing in these bills shall be construed to represent an attack on Marriage, which the Democratic party still holds to be a sacred union between any life form and another, regardless of race, color, creed, national origin, gender (assumed or assigned) and species.

The Spiritual Revivification and Normalization Constitutional Amendment (SPANCA): To eliminate all future arguments about “The Family” and other contentious questions about which religion is “best,” all children born after the passage of these bills will be sent to one church and one church only, “The First Unitarian Church of the Agnostic Atheist.” Only Muslim children will be exempted this necessary adjustment to their spiritual psyches since, well, they have suffered enough.