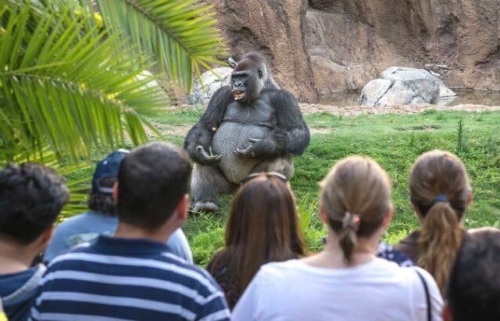 “Ever since 1980 I’ve heard liberals hyperventilating about the menace of the “far right” in this country. I’ve heard dire warnings about theocracy about to descend on us. We’re just one Trump EO away from the Handmaid’s Tale. Progressives actually believe this.

“Of course, all of this is so silly, it’s hardly worth refuting.

“But you know what? At this point, I don’t care. In fact I can’t wait. I actually want this to happen. Bring on the theocracy! I want to see liberals silenced by force for a change. I want to see the things they hold dear smashed and mocked and degraded before their eyes. I want to see feminist bakers forced to produce cakes with “A woman’s place is in the home” written in icing. I want to see progressives keeping silent out of fear. I want to see them brutalized by thugs who know they won’t be punished. I want to see their gender studies classes disrupted by screaming goon squads. I want to see their politicians obscenely mocked, slandered, and ran out of restaurants. And I want them to realize the laws won’t save them.

“Because they were okay with lawlessness when it was directed at someone else. What are they going to do when it comes back at them, when they’ve destroyed the only means that could save them?

“In short I want every f*ing progressive in America to have their faces ground in the dirt the way they’ve been grinding the flag of this country in the dirt.”

Stimulated by Trimegistus who writes:

“I used to be a libertarian, but I’ve come to realize the concept of “victimless crime” is a damned lie. Decriminalize weed and you don’t get a society of enlightened cheerful hippies. You get a bunch of dysfunctional stoners because making it easier for fuckups to fuck themselves up means more fuckups. Decrmininalize prostitution and you don’t get a society of healthy guilt-free hedonism, you get people incapable of actual relationships, you get massive STD rates, and you get women viewing themselves as commodities to be sold. Legalize gay marriage and you don’t get stable same-sex relationships, you get the eternal ratcheting-up of faggot “transgressiveness” and another blow to religion; you get the brutal fist of the State forcing people to applaud degeneracy…

Next post: “And though the last lights off the black West went…”