Noted in Passing: Winsome Wins Some 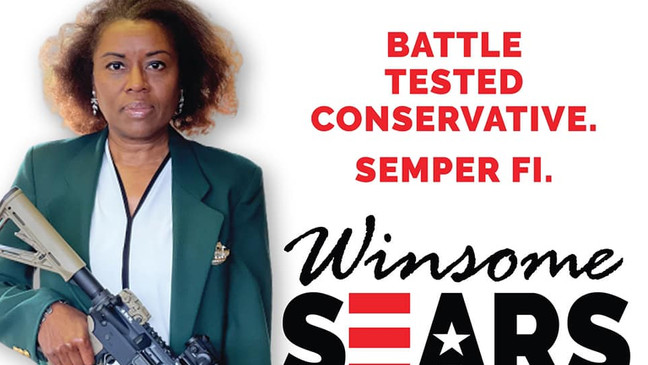 Virginia created history today. Lt. Governor Winsome Sears presided over the Senate as the first black woman to do so in Virginia’s history.

I am honored to have a strong, courageous, and bold leader by my side @WinsomeSears. pic.twitter.com/A0lBmPkl1K

“We may all have come on different ships, but we’re in the same boat now.” Martin Luther King, Jr.
My boat was a Pan Am Boeing 737 as an immigrant at the age of 6, and life was not easy, but here I am. #everforward #LG42 #Virginia pic.twitter.com/STlL6UgWz9

“I am not even a first-generation American. I am still the immigrant my father brought to this wonderful country when I was six years old. And here I am running for the second-highest office in Virginia,” she said. “So we’ve got to acknowledge we’ve come a long way. Yes, there are problems, but you know what we’re not doing? We’re not leaving.”

Sears is also a former Marine.

On her campaign website, Sears describes herself as a mother and wife who “is proud to have served in the United States Marines”. (Image Courtesy: Winsome Sears campaign)

Early on in the race for lieutenant governor, Sears posed for a photo holding a gun and then used the image in her campaign materials. She has brushed off criticism from Democrats about the use of that image.

“When I look at things, I believe that the baby in the womb wants to live, but I support exceptions for the life and health of the mother, whatever form that is,” Sears told 7News. “I can’t tell a mother to sacrifice her life.”

Sears previously served as national chair for a group called ‘Black Americans to Re-Elect Trump’. 7News asked Sears whether she worried that could hurt her in the race for lieutenant governor since President Donald Trump remains unpopular among some Virginia voters.

“Well you know, I am me. I am Winsome Sears. People can look at my track record and see that I’ve very transparent. I’ve always cared. I try to do the best that I know to do, and President Trump had enacted certain policies that helped the Black community,” she said.

Sears currently lives in Winchester. She has said she’s most proud of her community work leading a men’s prison ministry and serving as director of a women’s homeless shelter for The Salvation Army. 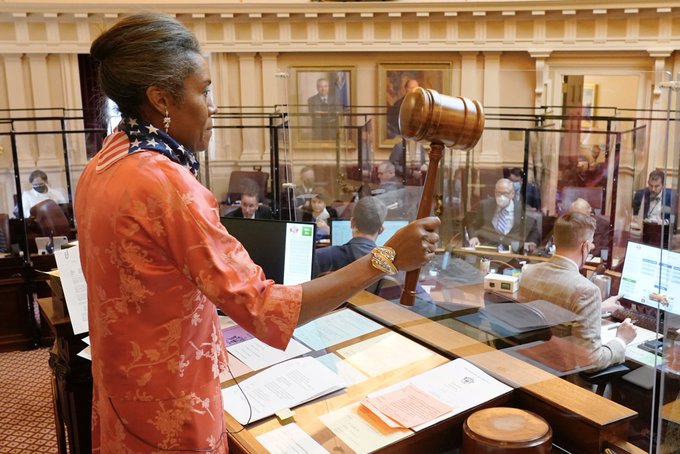 Previous post: Noted in Passing: Today is MLK Day. So What?