Noted in Passing: FROM 2003 deep into the Bush Years 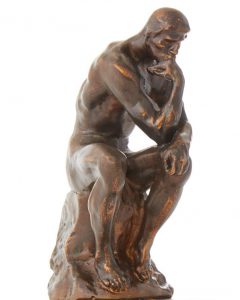 Sense of Events: Bush Republicanism = Roosevelt Democratism?   I do not believe Bush’s domestic policies are in the best interests of our long-term freedom. I do not think that Bush’s domestic legacy will, in the long run, be good for the country.

Hence I cannot urge anyone to vote for Bush in 2004.

This is not to say that I endorse any of the Democrats running for president; they are more strident big-government activists than Bush, and won’t protect us from terrorism to boot. So I feel caught between the devil and the deep blue sea.

I predict that the Bush administration will be seen by freedom-wishing Americans a generation or two hence as the hinge on the cell door locking up our freedom. When my children are my age, they will not be free in any recognizably traditional American meaning of the word. I’d tell them to emigrate, but there’s nowhere left to go. I am left with nauseating near-conviction that I am a member of the last generation in the history of the world that is minimally truly free.

Previous post: Strange Daze: And… MOTUS A.D. has the kickoff