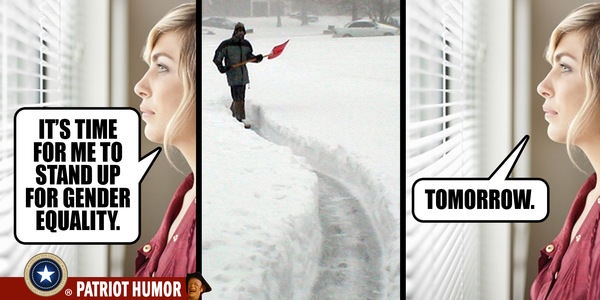 STOP THE INSANITY! The Feminist Plant: Changing Relations with the Water Lily Abstract: Water lilies flourish in clusters and hormonally communicate together within their community. They can self-reproduce and have mobility across the water surface, being both earthed and waterborne. The capacities of water lilies are further evidence that plants require critical and cultural examination, as companion species, and that plants require an accompanying shift in human perception of their vegetal status. This paper addresses the feminist nature of the water lily and develops a connection between plant biology and the creation of models for cultural practice, ethical living and a better understanding of plants.

South Africa: Johannesburg taxi drivers have adopted a typically-African response to the competition in the form of the Uber taxi service: if they catch an Uber driver picking up a fare on their “turf”, they shoot the Uber driver dead and “invite” the fare to get into their taxi instead. …. Crime is everywhere. Every house is a fortress of high walls topped with barbed wire or electrified fencing, and every neighborhood has its own (mostly unarmed) security force because the “new” South African Police Service (SAPS, no kidding) are pathetic in their inadequacy and inefficiency. A 911-type call in the case of a violent crime results in a two-hour police response, if any at all. Petty crime such as a bag-snatching or pickpocketing gets an official shrug of the shoulders. Walking alone through even suburban shopping centers after dark is not just perilous, but foolhardy in the extreme — akin to doing the same in 1970s Bedford-Stuyvesant in New York. Bad Things – Splendid Isolation

The Demolition President GOP – Trump broke the GOP and reconstructed it along his terms, successfully it seems. DNC – The DNC has no charismatic leader, no game plan, and little money. Clinton Dynasty – Done Bush Dynasty – Done Mainstream Media – The public learned that news coverage is based on bias as much as fact. NFL – Ratings down, attendance down….. etc.

Doesn’t pass the smell test. Japanese invention lets you share your baby’s bowel movements online with the push of a button

It’s odd, when you think about it. The sound that electrified the late Fifties and Sixties is still revered, but it’s gone. The basic rock beat remains, but everything above it has been flooded out, replaced by something harder and darker. The blues ate rock and roll! | Armed and Dangerous

Google Maps’s Moat Showing how Google Maps is lightyears beyond all other online map services.

Over eight years, the shine wore off electing the first black president. Entering 2018 with Gratitude to God and Donald Trump

“TransKids” Site Sells Prosthetic Penises for “Trans” Little Girls to Wear Are the attention-grabbing posts you make on social media about your small child’s gender confusion lacking on Facebook likes, or Tumblr reblogs? Then fret not, dear social justice warrior, because now there’s a site called “transkids” that will sell you a small prosthetic penis for your little girl to wear around.

The badass park ranger that survived 7 lightning strikes This guy was a real life highlander.

The 17 Most Annoying People of 2017 – Scott Wiener is a California state senator who looks gayer than Liberace’s balls resting on Judy Garland’s head. I don’t know whether or not he’s HIV-positive or is merely on his way to one day becoming a bugman, but he recently sponsored a bill that downgraded the sick, murderous act of intentionally infecting someone with HIV from a felony to a misdemeanor.

The Left-Wing Cannibal Holocaust West pummeled Coates for not speaking up about Israel’s treatment of the Palestinians, an issue that, as we all know, is of the greatest importance to inner-city American blacks. At its core, this was a fight between two leftist blacks over who is blacker, and whether blacks should fight white supremacy from within the system, as Coates does as a shill for the Democrat Party, or from “the streets,” which West defines as his oak-paneled office at Harvard.

Sultan Knish: Identity Politics Works Until You Run Out of Other People Everyone is guilty. Everyone must pay. No race, gender or class provides any ultimate immunity from the reckoning. With so many identities, the next purge can come from anywhere. Even as the left rages against Trump, its own civil war is underway. Sandernistas are battling Clintonistas. Every group is asserting its own oppression.