It’s Probably Nothing #7: Birth of a Virus 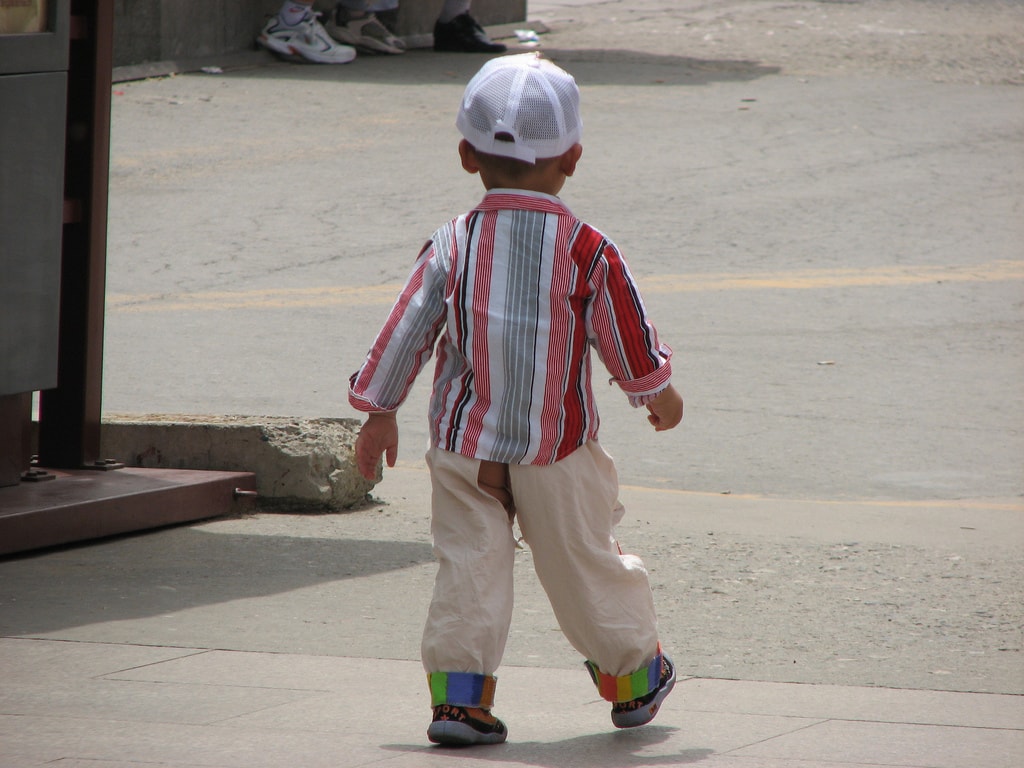 As I watched my neighbor put her dog’s poop in a single-use plastic baggy, I thought about split pants in China.

When my wife and I got off the plane, 18 years ago, to adopt our first daughter, we were taken aback by the split pants. Split pants are (or at least were, back then) pants the children wear that are open in the crotch area. That allows them to urinate or defecate unobstructed, onto the street or wherever they may be. The theory is that eventually they will learn to “aim it at the toilet” or something to that effect.

Either way, I distinctly remember my brand new Nike slip-ons (probably made not far from where I was standing) sloshing into a mix of urine and who knows what else, and continuing to do so for the next three weeks.

As I started feeling the cough coming on, I remember one of the women in our group saying, at one of the airports (as she too, stepped into urine) “The people in this country probably have built up antibodies inside them our bodies have never even thought about.”

I replayed that line in my head for the next three weeks, as I descended into night sweats, fevers and a cough like I’ve never experienced.

Over the next several days and weeks, we would experience the amazing culture of China, in several different cities. But some things stood out to this germophobic American. I watched a man hock up something from his chest and spit it on the floor, right next to us, in a restaurant. No oysters for me, thanks. I’ve suddenly lost my appetite.

We visited a Hutong (inner city – where the locals live) and saw raw chickens, skinned and bleeding, just laying on the floor, waiting to be thrown on a restaurant grill…for public consumption. No FDA or USDA or food inspectors or “codes” to comply with, here. But why? This is the last purely communist country on earth. You’d think there would be red tape everywhere. What was happening here?

Then, my wife and I had to rush our newly adopted, 8-month-old daughter to the public hospital…and suddenly it all started making sense.

As we stepped in more urine, took our number from the print-out machine, walked past the line of children whining and crying from the scalp IVs in their heads, then rushed to clean up blood and mucus (left by the last patient) on the plastic table they were now laying our baby on, then waited on the ONE overworked doctor (attending to no less than three hundred people) try to round up a basic anti-biotic to administer to my daughter (right there on site – no refills) it dawned on me what I was seeing and what I had been seeing this whole time. I wasn’t watching a “backward” culture or a third-world society. These people weren’t genetically inferior to first-worlders. They weren’t “less-evolved” than I was.

I was witnessing the kind of maximum, almost brutal efficiency a society must develop when the state is the master and the individual is merely a subject. Why would a Communist country not have an effective FDA? Because who are you going to complain to if you get tainted food? The government? They don’t answer to you. The press? They are owned by the government. And again, they don’t answer to you. …

RTWT AT BIRTH OF A VIRUS … – Regie’s Blog

Next post: When, all of a sudden, black lives don’t matter