How We Live Now 2 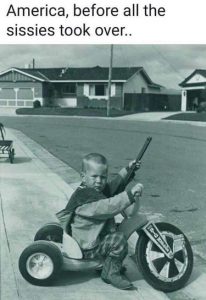 CW at Daily Timewaster says: One of Glenn Reynold’s commenters posted this, and it’s just too good not to repost. I agree.

“Truckers are saying “f*** the log rules, I’m hauling” and they’re getting supplies to the stores. People are stocking the shelves all night and letting old people shop first. Folks are buying meals for truckers, who (obviously) can’t go through the drive-ups. Asking ’em what they want, then buying it for them.

“Carnival Cruise Line has told Trump “We can match those big Navy Hospital ships with some fully staffed cruise ships”.

“GM and Ford have said “hold our cars and watch this — we can make ventilators where we were just making car parts, starting next week” — by re-engineering seat ventilators which their engineers hacked together for a new purpose. In under a week.

“In a project with which I’m loosely associated, a very-effective agricultural disease-control agent was re-purposed and re-labeled specifically for Corona-virus control by the FDA and EPA in under ten days, from initial request to distribution.

“Restaurants and schools have said, “we’ve got kitchens and staff; we can feed the poor kids who used have school lunch.”

“NBA basketball players have said, “Hold our basketballs while we write checks to pay the arena staff.”
Construction companies are saying, “Here are some high-end masks for medical staff and doctors”.

“Distilleries are making sanitizer out of distilling “heads and tails” which are normally discarded. Nasty shit to drink, but effective sanitizer.

“People are tipping grocery check-out clerks and thanking them for taking the risk.

“Local, state, and county governments are taking control of everything the feds cannot do. Some are doing it wrong, but for the first time in decades … they’re doing it. Federalism is re-emerging, and the smallest unit of government is the individual and the family. This, too, is re-emerging after decades of dormancy.”

Next post: SportEating: Things to Do When In Your Shelter Place