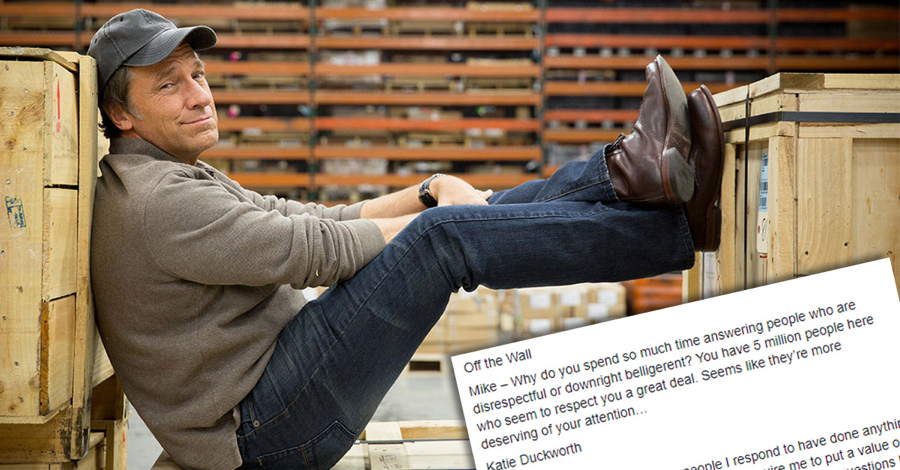 At the top of my list of podcasts to follow is The Way I heard it…. by Mike Rowe. As Rowe puts it, “All good stories have a twist, and all great storytellers are just a little twisted. Join me for a different take on the people and events that you thought you knew, from pop culture to politics, Hollywood to history… The Way I Heard It is a series of short mysteries for the curious mind with a short attention span.”

Short attention span theater is what works for me and these five-minute epics work week after week. Here’s the latest. See if you can recognize the person he is telling you about BEFORE he gets to the parts where it starts to become obvious.

What can I say? I work for half-a-dozen different companies, none of whom pay me to share my political opinions. I run a non-partisan foundation, I’m about to launch a new show on Facebook, and I’m very aware that celebrities pay a price for opening their big fat gobs. Gilbert Gottfried, Kathy Griffin, Colin Kaepernick, Milo Yiannopoulos…even that guy from Google who just got himself fired for mouthing off. There’s no getting around it – the first amendment does not guarantee the freedom to speak without consequences. And really, that’s fine by me.

So no – I’m not going to share my personal feelings about Charlottesville, President Trump, or the current effort to remove thousands of statues of long dead soldiers from the public square. Not just because it’s “bad for business,” but because it’s annoying. I can’t think of a single celebrity whose political opinion I value, and I’m not going to assume the country feels any differently about mine. So, rather than blow myself up, or chime in with all the obvious observations about the cowardly scum in the pointy hats, I’m going to talk instead about my belief that comments like yours pose a far greater threat to the future of our country than the existence of a memorial to Thomas Jefferson, or a monument to George Washington. Ready? Let’s start with a closer look at your claims. Mike Rowe — Off the Wall