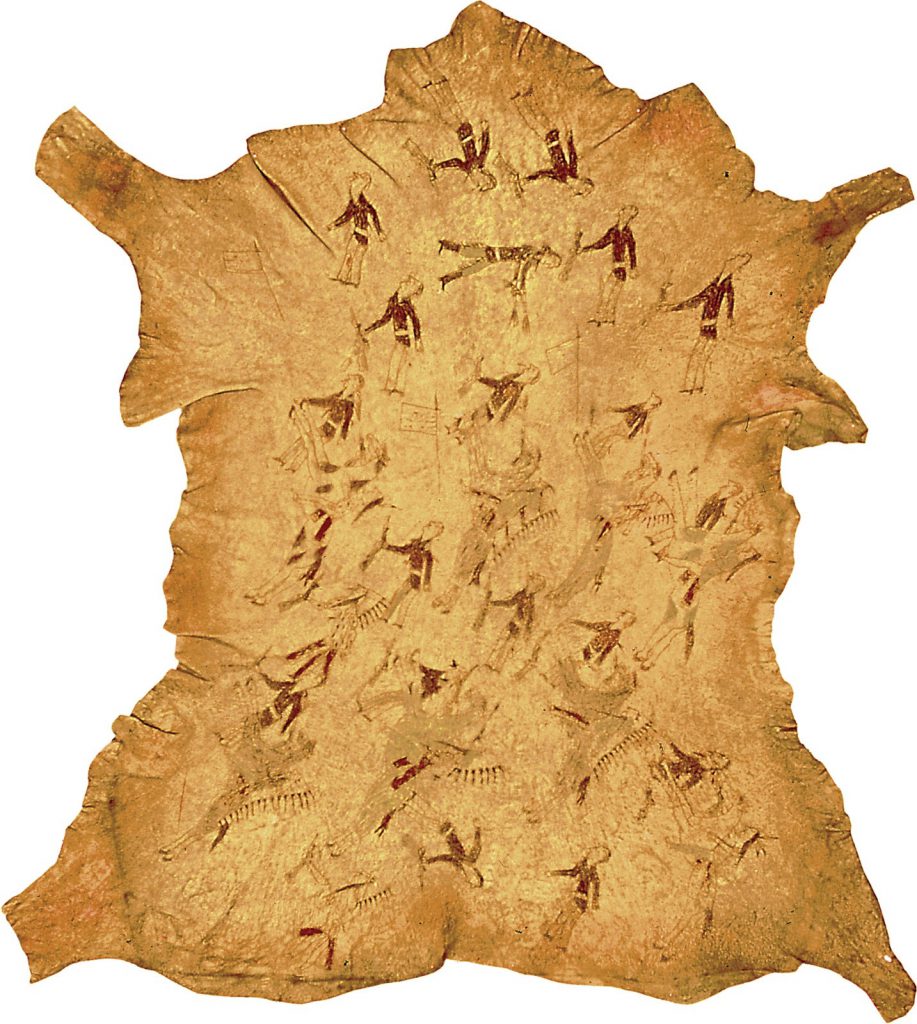 Indian painting showing the Battle of the Little Big Horn from the victors’ viewpoint.

In Required Reading: Sarah Hoyt Lets Us All Know Where We Are Now Mr. Klahn observes:

The first terrain walk I ever took my young son on, was at the Little Big Horn (Custer’s Last Stand). There was a phalanx of tourists surrounding a park ranger who was spewing the official story, but I told my son “come on; we’re going to look at the terrain.” There it all was – so easy to read. Custer had the most defensible ground, a small tit of earth, and the Indians filtered up the small draws and depressions, on their bellies, and were shot at carbine range (that is close range – 50 meters at the most). The cavalrymen were overwhelmed by Mass, but at any rate, the whole battle is a study in maneuver. We think we’re too smart nowadays for maneuver. Fukthat.

I told you that to tell you this: my son and I looked at the map of China and did a terrain analysis. If you clear the horseshit out of your brain for a moment, you’ll be surprised by physical facts. 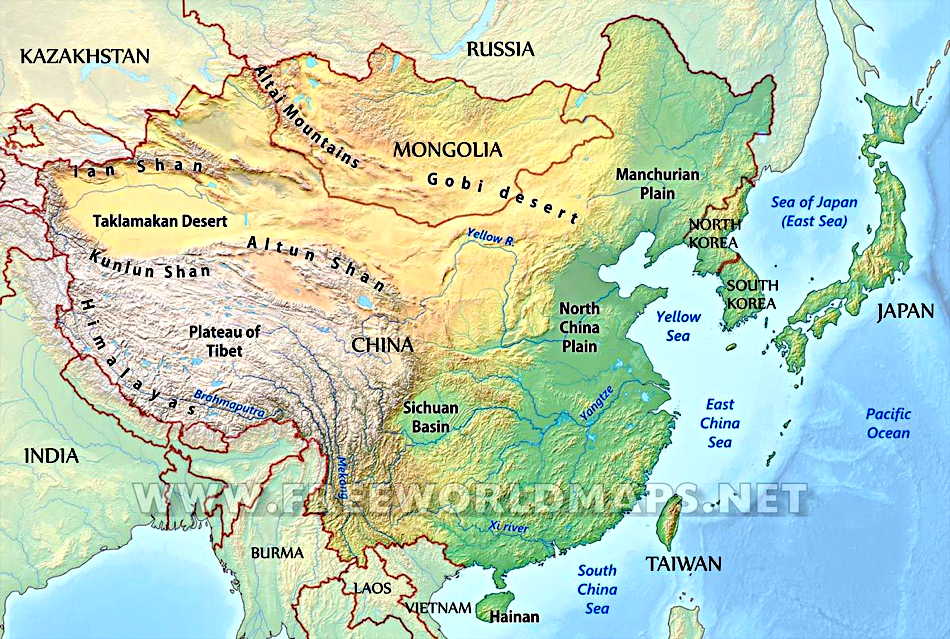 China’s position in the world is tenuous, at best. Its location and surroundings are frikkin dank. Backed up against the largest mountain mass and highest plateau in the world, it has both a defensible backdoor and an obvious direction of maneuver: towards the Pacific. No one’s going to hike over The Hump and attack them.

So, China is a godawful collection of coastal urban-blight and big rivers, and fantasy mountain upswells. All exposed to the sea. Arable land but teeming with people. Their people are a liability as much as an asset militarily. Those chinamen have it out for the commies, maybe more than anyone else.

They’ve been handled like imbecilic puppies in the puppy mill of history. Beat around by the Japanese, the western powers, the Russians. Everyone hates them; they have no friends. Look at the map. Japan, Korea, the PI, Malaysia, Indonesia, Vietnam, NZ, Australia…all out to dropkick China into the abyss of history if given just half a chance. Taiwan? Is that an asset to the Chinese? More like a third rail. The backchannel news (not saying this is true, but the idea is valid) has it that their one aircraft carrier limped off the ocean on fire from an engine accident. We beat their hordes purple in the Korean conflict with our massive firepower, and they remember that.

All of this to say that China is a threat on many levels, but ultimately, short of a nuclear wound, they are much, much smaller than their britches. They’re retarded. Retards with 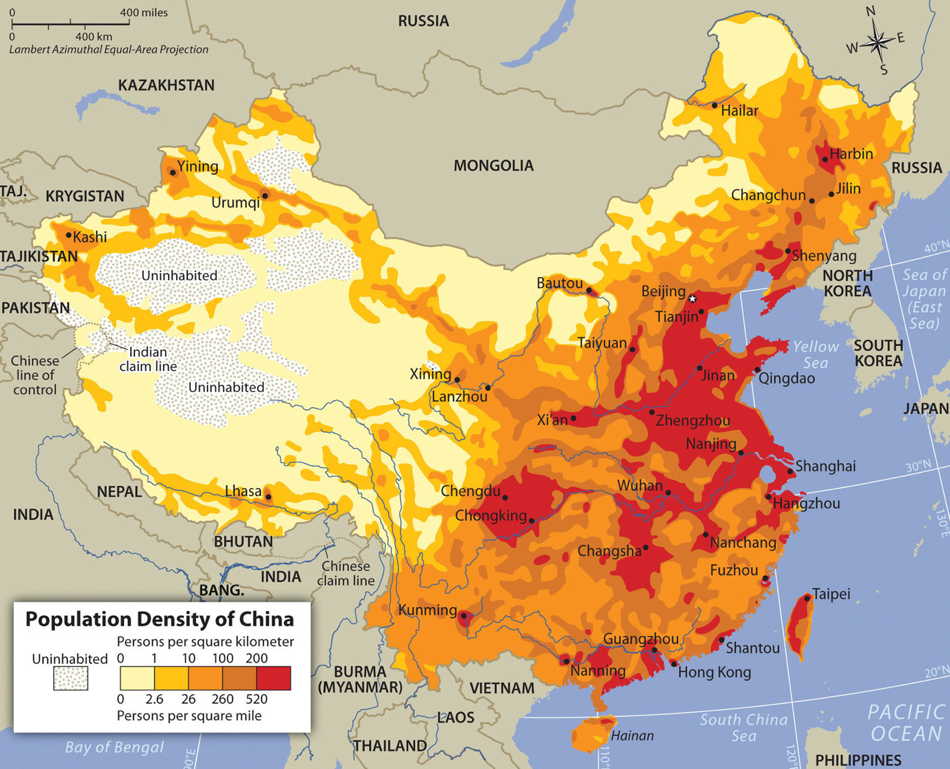 My prediction is that no one would seriously want to fight on the landmass of China. Naval war is only an adjunct – not a decision-making move. If you think it’s an air force war, I need to slap you on the head and take you out behind the shed. Actual military opportunities are to force China to create a national objective, and then we deny them that objective. This puts us in the defense seat, not them. They excel and require the defense. Deny them that.

Any kinetic opportunities lie on the southern flank of China, which is Vietnam, Burma (or whatever they call themselves), and Thailand. Watch what China does there – it’s the most important place. Their national objective is to retain their commie power structure, and absolutely everything in the entire world is against that. What did Trump do? He actually (write this shit down, pilgrim) attacked them at the center of their power: their economic ties with the world. Nixon may have engaged China, but a hundred years from now it’ll be Trump’s initiative that wrote the beginning of the end for China.

That was the turdliest pandemic I ever experienced. What else ya got, Mao?

Previous post: Noted in Passing: Next they’ll demand salsa by the barrel and guacamole by the tree.