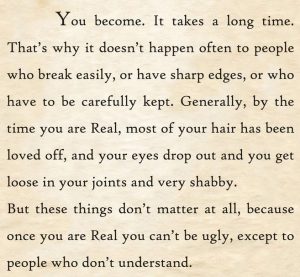 You can set out to make “great art,” but that’s almost always the wrong tack. Set out in that direction and it usually won’t happen. You’ll often end up having to come about on a lee shore. “Great art,” art that endures and grows over time, is almost always a gift. One of the hallmarks of great art is that the creators really aren’t that aware of what they’re doing when they do it. Greater forces than individuals are at play when great art is made. It’s that kind of thing that sort of dawns on you — in the classical sense of light coming up slowly out of the dark.

It’s that way with Groundhog Day. Slowly and yet surely this unassuming initially successful film comedy has been revealing itself to be one of the greatest American films. It’s certain that none of the principles set out to make that happen no matter how much its director, Harold Ramis, might like that to be the case. With this film, unlike a number of others, the greatness of it occurs not only through its creation but from what its hundreds of millions of viewers reactions anneal to the film itself. It’s through this strange symbiosis between creators and audience that the film has become what it is today. It’s the Velveteen Rabbit effect.

In Margery Williams children’s classic, The Velveteen Rabbit   a  toy rabbit becomes real through the love of the boy who owns the toy. With Groundhog Day, the film has become real through the love of the people who’ve seen it; many over and over again. To take another literary metaphor, the reality of Groundhog Day is like Topsy: “I s’pect I growed. Don’t think nobody never made me.” No, nobody did. Everybody did.

There are lots of theories being tossed about concerning Groundhog Day. It seems that many philosophers and most major religions want to make the film their own:

In the years since its release the film has been taken up by Jews, Catholics, Evangelicals, Hindus, Buddhists, Wiccans, and followers of the oppressed Chinese Falun Gong movement. Meanwhile, the Internet brims with weighty philosophical treatises on the deep Platonist, Aristotelian, and existentialist themes providing the skin and bones beneath the film’s clown makeup…. Countless professors use it to teach ethics and a host of philosophical approaches. —A Movie for All Time – National Review Online

But that all seems to me to be just much of a muchness. Internet pundits, as well as pontifical human beings of all sorts, are famous for blowing things, simple things, all out of proportion.

To my mind, Groundhog Day is a great film because it is a simple film; because it takes up, once again, “the supreme theme of art and song” as stated clearly by Yeats:

Bodily decrepitude is wisdom; young
We loved each other and were ignorant.
After Long Silence

The film, of course, takes this insight and inverts it. Wisdom enough to love is allowed to come, finally, to Phil Connors after a long time spent in the same day. How long a time? That’s subject to some dispute, but the best estimate for the timespan of Groundhog Day is 12,395 days or 33 years 350 days.

It’s nice we have the Internet to help figure timelines like that out, but to me, the “actual” time is also beside the point. The real point of Groundhog Day is that in life you will, sooner or later, have to learn to love, learn to really love, and the lesson on how to love will be repeated until you learn it.

How long is that?

As Groundhog Day shows us, and one of the reasons we continue to love it more, that particular length of time is “As. Long. As. It. Takes.”

Learning, at long, long last, to love is why people everywhere love this film. What makes it great, however, is that in the end we do in fact see Connors, and by extension ourselves, finally learn the lesson.

We find that, in the end, after a long time, love arrives.

Sometimes in just one day.

Next post: “WHO WANTS TO LOSE THE ELECTION?” — NyPost

Previous post: Neo Wins the “Summing Up of the Democratic Debate, Part 1”