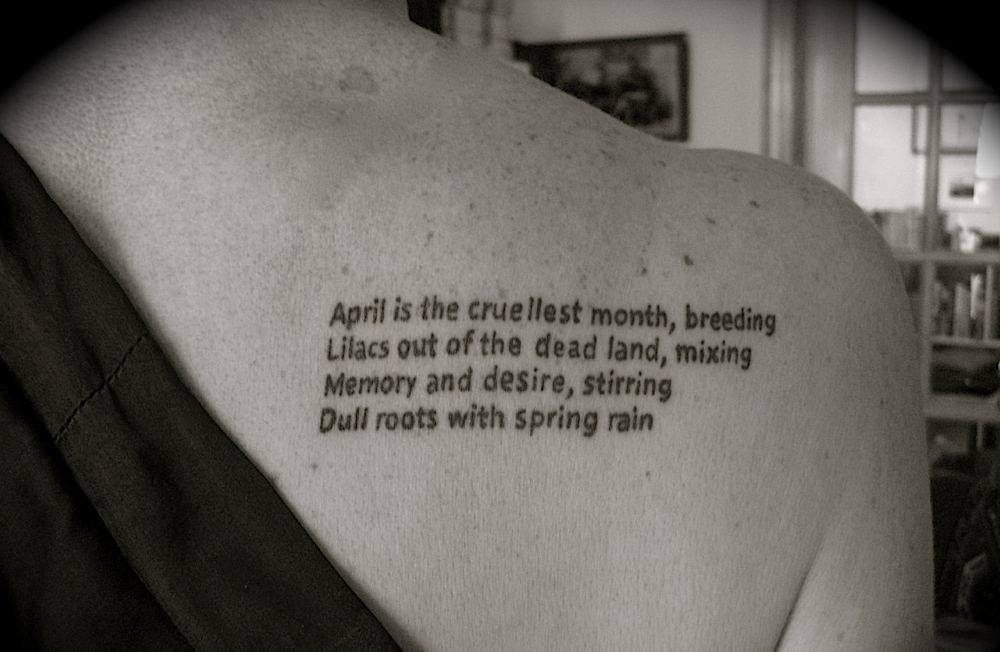 I. The Burial of the Dead

April is the cruellest month, breeding
Lilacs out of the dead land, mixing
Memory and desire, stirring
Dull roots with spring rain.
Winter kept us warm, covering
Earth in forgetful snow, feeding
A little life with dried tubers.
Summer surprised us, coming over the Starnbergersee
With a shower of rain; we stopped in the colonnade,
And went on in sunlight, into the Hofgarten,
And drank coffee, and talked for an hour.
Bin gar keine Russin, stamm’ aus Litauen, echt deutsch.
And when we were children, staying at the arch-duke’s,
My cousin’s, he took me out on a sled,
And I was frightened. He said, Marie,
Marie, hold on tight. And down we went.
In the mountains, there you feel free.
I read, much of the night, and go south in the winter.

What are the roots that clutch, what branches grow
Out of this stony rubbish? Son of man,
You cannot say, or guess, for you know only
A heap of broken images, where the sun beats,
And the dead tree gives no shelter, the cricket no relief,
And the dry stone no sound of water. Only
There is shadow under this red rock,
(Come in under the shadow of this red rock),
And I will show you something different from either
Your shadow at morning striding behind you
Or your shadow at evening rising to meet you;
I will show you fear in a handful of dust. 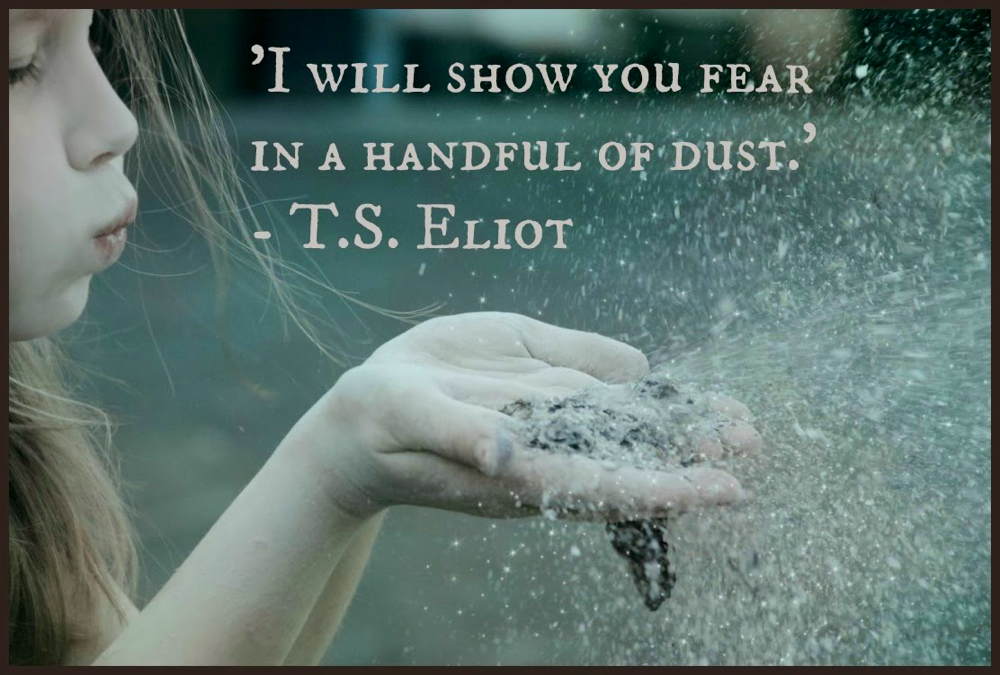 NOTE: THE WASTELAND is not a “difficult poem” (see Pound’s CANTOS) but it does require some study and attention. It ain’t a pop song written to be glib. The whole of THE WASTELAND with annotations is AT THIS LOCATION: You click on the links in the poem on the left to see the meaning of the poem’s allusions on the right. It is, as Sherlock Holmes has said, “Simplicity itself.”