Rant0matic: “Zoomers ain’t our heroes” The Plague Of Heroes by Z Man 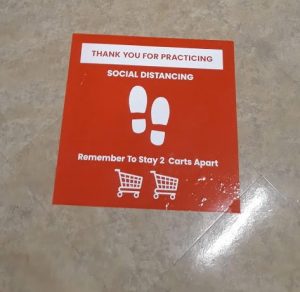 Inside the store they have arrows on the floor, meaning you have to walk up and down every aisle in a specific order.

Apparently, heroism now means having to examine every product on every shelf before you leave the store. This is actually dumber than the Soviet-style lines to enter the store. No one is going to traverse the whole store because they forget to get something in aisle one. As a result, people are violating the edicts and going about their business like sane people used to do.

I was one of those sane people, going against an arrow to get something when a Cuck and Karen in their TikTok costumes said something to me about the arrows. The Cuck did the “Sir! Sir!” bit, but I just ignored him. After I got what I wanted, I turned around and he was saying something, but I could not hear it because my hearing is not good and he was talking through his sissy rag. I was ready to ignore him, but then he did the same “Sir! Sir!” bit to an old guy who was violating arrow policy.

Having reached the age where I no longer bite my tongue in public, I said to the guy, “It is bad enough we have to put up with nonsense, we don’t need idiots like you pretending to be the police of us.” He then heroically said something about it “being about all of us” and I reminded him that the most likely way for him to end up in the hospital was to keep talking. The old guy, heroically chimed in with a vigorous “Fuck you, asshole” and a middle-finger at Cuck and Karen.

RTWT AT The Plague Of Heroes | The Z Blog

Previous post: Just when you thought your were safe in your house…