Noted in Passing: If we believed in omens… 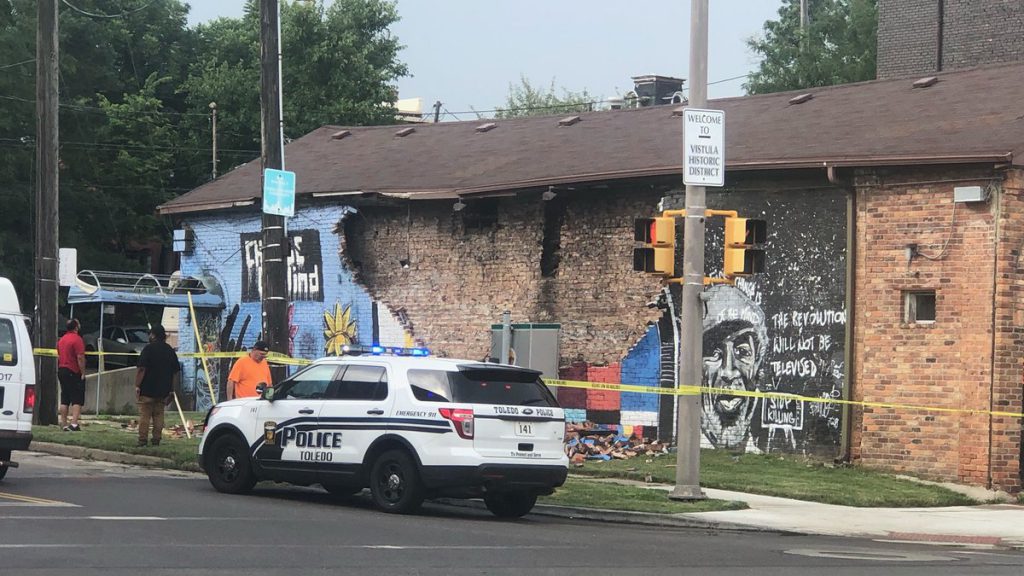 A mural honoring George Floyd erected at Summit and Lagrange in Toledo has collapsed. According to Toledo Police, witnesses say it was destroyed by a lightning strike. 13abc’s Doppler Radar did show a lightning strike in that block at about 4:30 p.m. on Tuesday.

Toledo Police were seen outside the building, which used to house the Mugshots Bar, setting up tape around the pile of bricks that once formed the artwork….

The building itself is structurally sound, according to a City of Toledo building inspector. The building’s owner is working to clean up the bricks and tear down the rest of the mural wall.

But of course, the heartbreak in Toledo overflowing…

The City of Toledo has already released a statement on the mural, saying they will work with the arts commission on planning for a new mural, or help the commission and the artist find a new location, adding that they were heartbroken to see artist David Ross’s work collapse.

Note to “artist” David Roth: Regarding the lower right-hand glop of black and white bullshit that proclaims “The revolution will not be televised.” Sounds cool but this “revolution” was televised into the burning ground. Grow a clue in your empty skull.

Next post: MEANWHILE in South Africa the Beat(ing) goes on. UPDATED with a closing blast of classic Biden Bullshit

Previous post: Meanwhile, America’s House of the Year is coming along fine up in Oregon