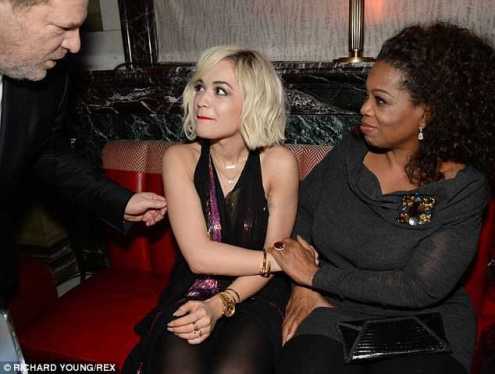 Pimpin’ her out to the master

Somehow though, I’m not 100% comfortable conflating the horror of Hollywood starlets “forced” to watch Harvey the Prev pleasure himself in the shower with the story Oprah related  of “a woman named Recy Taylor who was raped at gunpoint in 1944 by six white males as she walked home from church in Alabama.” But I guess that’s what Hollywood does: makes everyone else’s story all about them. MOTUS A.D. 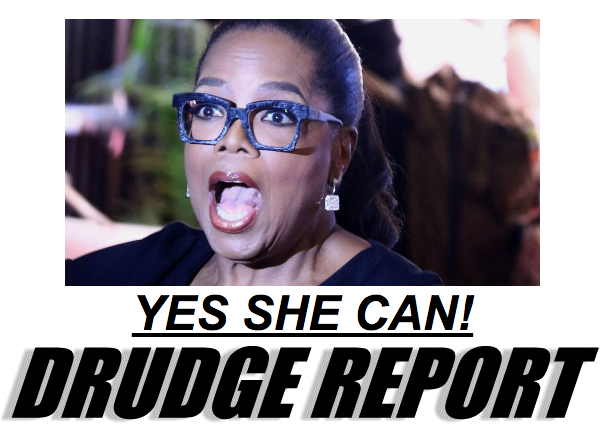 Hard to say exactly what she can do, but Drudge seems to feel that mouth can carry on one Democratic White House tradition.

In this crazed historical moment, Ambassador Nikki Haley is, as usual, a voice of sanity. She responds to George Stephanopoulos’s faux concerns about the president. Notable quote: “Having been governor, now an ambassador, I’m always amazed at the lengths people will go to to lie for money and for power.” Power Line

Notice something missing recently? “Leaks”…. Most of the direct (“small group”) FBI (CoIntel), DOJ (NatSec Division) and Special Counsel co-conspirators are only able to talk amid themselves. They know by now they are being monitored and they have strong suspicion the size of the surveillance upon them. [Hi guys.] No-one else is willing to put themselves at risk now. Congressional allies now view the small group as carrying a legal ebola virus. Contact is now a risk. The Silence of The Shams… | The Last Refuge 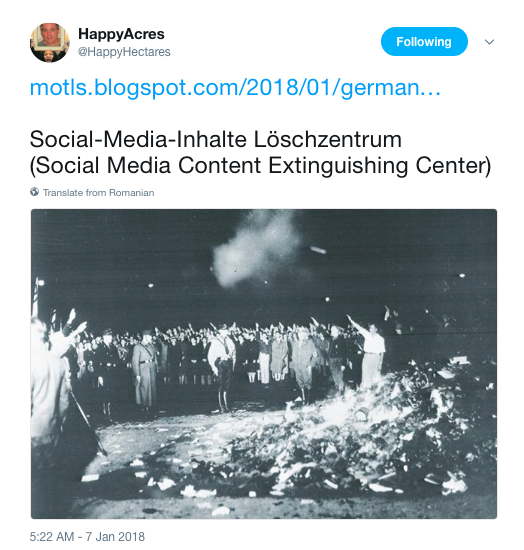 Germans –Doing the content burning others won’t do: One thing is very clear: Content moderators, such as those in Essen and Berlin, will be in increasing demand in the future. Mark Zuckerberg recently announced that Facebook intended to increase the number of content moderators worldwide from 10,000 to 20,000. Companies such as Arvato and CCC could therefore likely soon receive more contracts. A Visit to Facebook’s Recently Opened Center for Deleting Content

When Will the World End? I know with complete certainty when the world will end.  It will end on June 28, 1914. Had Archduke Franz Ferdinand lived, we would almost certainly inhabit a better world.  There would have been no war; he was the leader of the peace party in Vienna.  Without the vast civilizational catastrophe that was World War I, the West would not have lost faith in itself, its culture, and religion.  Instead of cultural Marxism, we could still have Christian, conservative monarchy as the West’s leading paradigm.  I doubt the House of Hapsburg, which had twice repelled the Moslem hordes from the gates of Vienna, would have opened those gates to more than a million Islamic migrants. 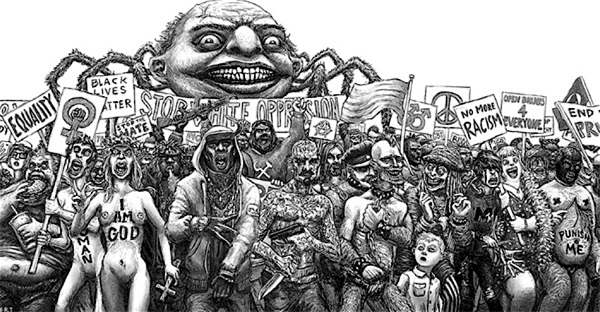 10 Of The Most Ridiculous Things To Be Labeled ‘Racist’ In 2017 Trees, math, being on time, farmers’ markets and other things that prove “challenging” to some of our fellow Americans….

Houston Man Gives Car To Favorite Waiter ”God has blessed me to own an extra car,” Edward said.  “A car that I rarely use unless there is an emergency. For Christmas God placed on my heart that I should give my extra car to this gentleman. So with the help of Elite Collision Center, we were able to get the car in great running order and detailed like new. I presented this car to him the day after Christmas . 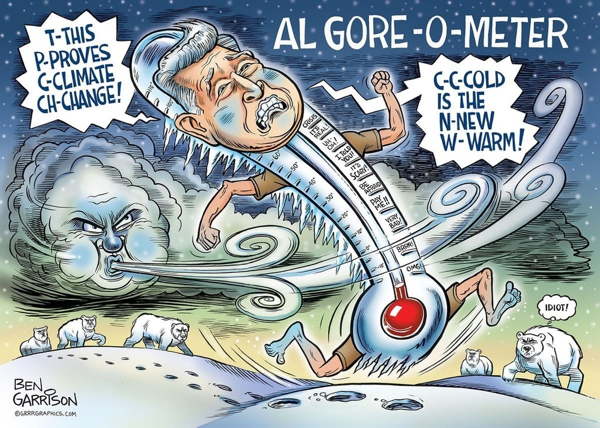 Piers Morgan Pulls Caitlyn Jenner’s Woman Card The land of the free slowly turning into the land of the feelings is responsible for abominations like Caitlyn Jenner. It’s no secret that Jenner’s body is about as attractive as the idea of contracting genital warts. Piers took the opportunity to poke fun at it during an interview. He was quickly reprimanded by ex-male Bruce Jenner for his insensitivity and choice of words.

Guy Fieris Restaurant Goes Bye Bye Guy is just and easy guy to hate. He has the appearance of an unemployed lesbian who still listens to Limp Bizkit and recently lost her construction job, he gives terrible recommendations to establishments that serves food leaning more towards average than extraordinary, and his real last name is Ferry not Fieri.

Doug Ross @ Journal: TICK TOCK: The Clinton Foundation In the Crosshairs of Justice

On Sale: The Safest House in America, Complete With Hidden Command Center It has its own water and power supply, a 5000-square-foot command center hidden behind a waterfall, a vault, and doors capable of withstanding machine gun fire. There’s an indoor gun range, in case you need some target practice. There’s enough room in the garage for 30 cars, in case you have a few dozen Batmobiles—or you want to invite friends to hunker down with you during the apocalypse. 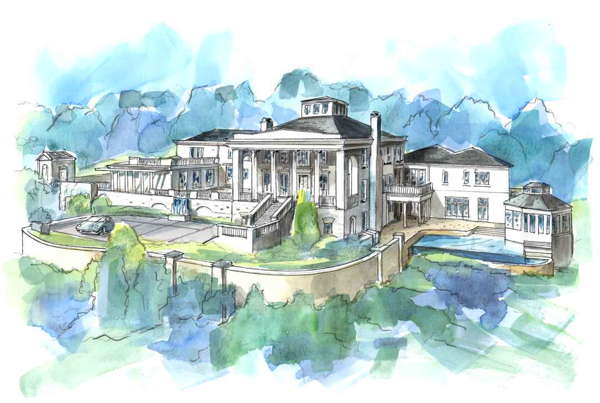 Fences Make Good Neighbors | The dirty little secret is that the migrants coming over the border are not Mexicans. These are Central Americans given safe passage and aid by the Mexican government. The same is true of the drug trade, which is a key source of revenue for the Mexican ruling class. It’s not an accident that Mexican Donald Trump is promising to amnesty drug war criminals.

Gwyneth Paltrow wants you to squirt coffee up your asshole using this $135 glass jar If you don’t want to fill your rectum with coffee, Gwyneth also recommends “detoxing” by drinking out of a $350 rose gold crazy straw, applying $85 “wellness oil,” drinking from a $84 water bottle with a positive energy crystal jutting proudly from its base, or carrying a $85 shaman bag of “magically charged stones” (at least you carry these in the shaman bag, instead of your birth canal). 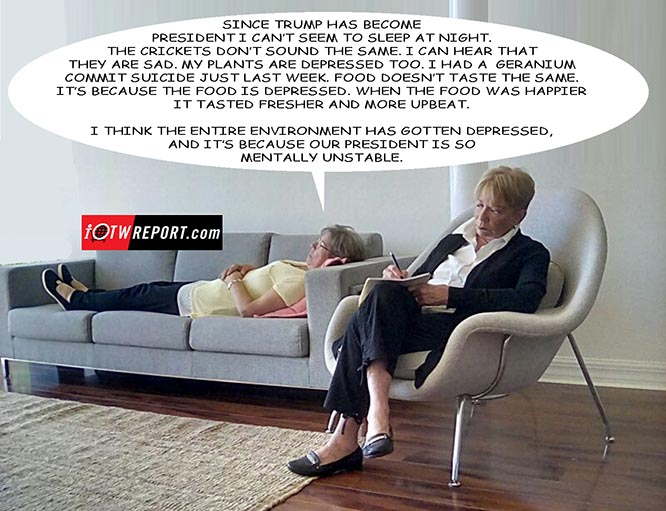 Is Trump Really Crazy? If, in reductionist terms, half of the country accepted the crude antithesis of refined New York-Washington establishment expertise, why exactly was that? Could it be that for all the sophistication, education, and training of a Hillary Clinton or Susan Rice, they could be even cruder in their own way—whether lying about deaths in Benghazi or scapegoating and jailing a video maker on a trumped up charge of parole violations? Was it that voters did not trust the establishment’s collective judgment on the Iran or Bowe Bergdahl deals, or Hillary Clinton’s “We came, we saw, he died” sick giggle of an idea of a brutally murdered Gadhafi and bombing Libya to smithereens—and then leaving?

Next post: Rant of the Year (So Far): Owen Benjamin Get God, Get a Baby, and Shut Up

Previous post: A Hard Harley Tale About a Hardtail Harley by Ghostsniper