A Hard Harley Tale About a Hardtail Harley by Ghostsniper 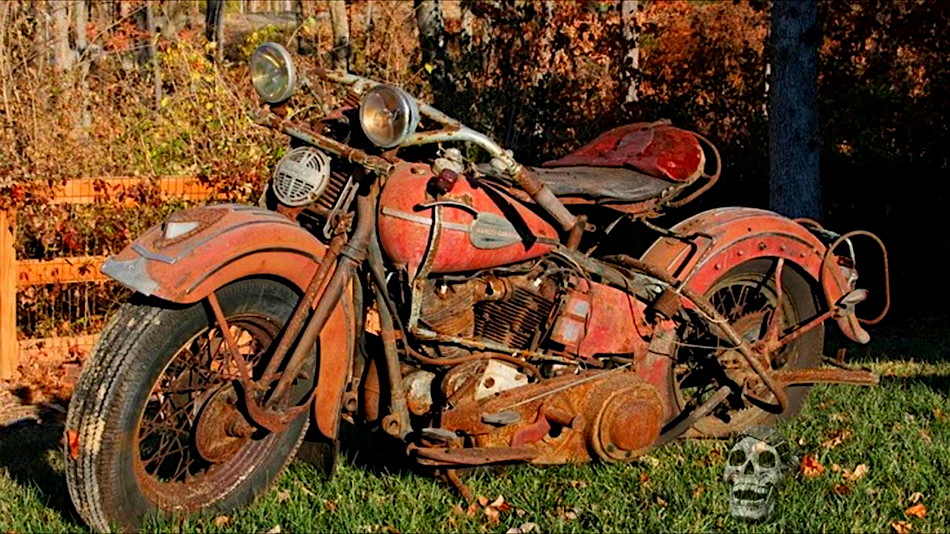 Hanging around a marina waiting for them to finish up welding a lower unit for an Evinrude inboard/outboard engine my dad and I were rebuilding I spotted a cardboard box in a fenced in area in the back lot. Inspection showed it to contain Harley parts and a frame close by. I asked the owner about it and he said $500 and I could take it home. I went to the house and told my dad and he got all wobbly and handed me 5 crisp C-notes from his wallet. Back at the house we found the box, and 3 other boxes that went with it, contained parts from 3 old Harley’s with most of the parts going to a 49 Knucklehead. So that’s what we built. Took about 3 months from boxes to running but still had a ways to go.

With my dad next to me on his 69 Harley and me driving the 49 we headed down Gladiolus Blvd to the state inspection station to get it inspected, registered, and tagged. Going into the first curve just east of Harlem Heights the 49 locked tight at about 60 mph. If it had been the front wheel things would have gotten nasty quick but since it was the rear wheel a skid spontaneously started about the same time 20 mph were knocked off causing me to slide up onto the tank and losing my balance. The sides of the road curved down steeply and that’s where I ended up, at the bottom of the easement with both me and the bike tore up. Leaving the 49 there I rode home with my dad and got patched up then we took the truck back and picked it up and brought it home.

Under close inspection we found the engine had seized. We had spent I don’t know how many hours putting that engine together the right way. A machine shop was commissioned to blueprint the crankshaft, plane the block, barrels and heads, port and relieve the valves, etc. The barrels were bored .30 over and new pistons and wrist pins were installed. It ran really good.

As we tried to determine what went wrong, I discovered that in the bottom of the external oil tank was a small pipe leading to a pipe that fed the engine. In the bottom of that tank was a double edged razor blade that I presumed a previous owner had used to scrape off a gasket and it had fallen it. The slot in the razor blade was where the oil flowed through and in it’s limited quantity it had quickly caused the engine to heat up, swell, and seize. As this happened very quickly and was shut down very quickly the damage was minimal. No galling of the piston skirts or any of that stuff. All gaskets were removed with close attention spent on gasket removing tools and materials, and replaced and several trips around the block after assembly showed everything was alright. We got the thing registered.

After a few days of continuous rain my dad and I set out for a semi-long haul on his 69 and my 49 to see what we could see. Knowing that this thing was a beast of over 100 hp and because of it’s 2 alternating cylinders (thump, thump, thump, thump) and under the advice of a friend I installed “titty grips” that allowed the hands to sort of “hover” over the surface of the grips affording a little bit of comfort. 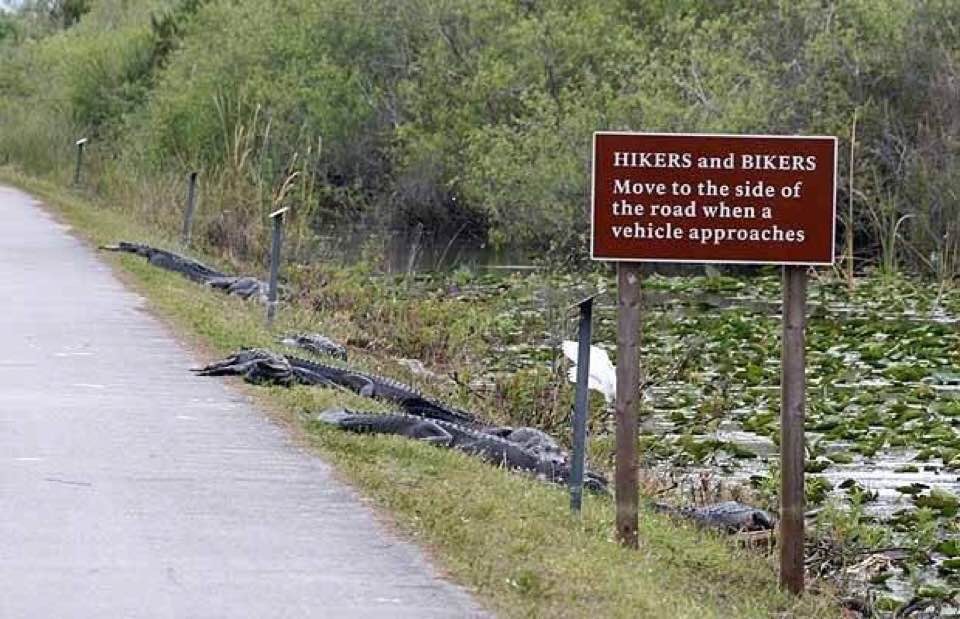 We headed to Fort Lauderdale by way of Alligator Alley, that gave a long expanse of flat and straight pavement for me to get intimate with the 49. From Fort Myers to Fort Lauderdale took about an hour and a half and an hour into it I was tired of it but we continued non-stop. In FL we stopped, parked at a greasy spoon and went inside for some grub.

My entire body was vibrating, a strange sensation. My hands belonged to someone else. I had biker legs when I first got off as usual but this time was diff. All of my hairs was standing on end and had lives of their own. All of this was unnerving and disappointing. My dad had some biker legs too and some slight vibration but not nearly as bad as I. With the 13 to 1 compression ratio, new Tillotson carb that gulped buckets, the extended cam and everything else, we had built a machine that was only good for short distances. This was not a long distance hauler.

We got back home and I considered what to do with this thing. I didn’t want it. I wasn’t a racer and didn’t want a bike I couldn’t just jump on and ride anytime I wanted to. I failed to mention, the frame that came with this thing was a custom hard tail (no suspension) and had a 30 degree raked springer fork system. The hardtail made for a very harsh ride and the springer was very difficult at slow speeds. This thing was dangerous, unnecessarily so. I decided to get rid of it, but to whom?

I put an ad in the paper (remember them days?) and a couple low-ballers were disappointing as I had over $1200 in it. After a few weeks my brother told me about a friend of a friend that wanted to build a drag bike and he was thinking about using a Kawasaki 750 triple he had blow up earlier in the year. Turned out the guy was intrigued by Harley’s and he came over and bought it for the $1500 I was wanting. He made that dragbike and my brother even got a chance to take it down the street one time. It was now over 200 hp and he said it was the fastest thing he ever drove, scary fast. He twisted the grip and the first thing that happened, after the front end went straight up in the air (wheelie bar had not been installed yet), was his goggles flew off and when he looked down at the gauges through tear flooded eyes at the speedometer that said 73mph and he was still in 1st gear with 3 more to go. He immediately backed all the way off and the negative g’s slammed his mug into the tank knocking out 2 teefs. ouch

I rode my dad’s Harley a few times after that and the experience was pleasurable, I guess, but once you’ve seen the harsh part of something it’s hard to ignore after the fact. I couldn’t get over the notion that 2 cylinder engines will never be as comfortable to ride as 4 inline engines. It’s a mechanical fact. Even the opposed 2 cylinders (BMX) had a certain “waddle” about them. Aside from my 1970 Camaro my main ride was a 1972 Honda 750, stock, and it was a breeze to ride. I took it across the alley many times and didn’t suffer the handicapping that occurred on that 49. And I’ve harbored a distaste for Harley’s ever since. I can appreciate the long term engineering and history in the things but I also believe a lot of the fan fare is in the revving of the engine at the stoplights. As far as use-ability, comfort, endurance, and reliance, Harley’s lost that race to the rice burners way back in the late 60’s. 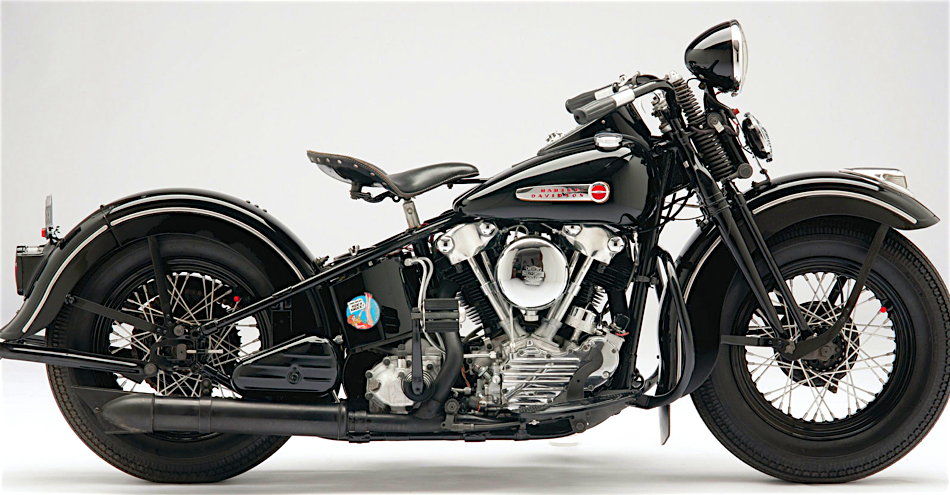 Previous post: #TrumpDumb: If Trump is “Dumb” Then “Smart” is Defunct