Dr. Mengelfauci: Pinocchio, Puppeteer, or Both? – by Margaret Anna Alice – 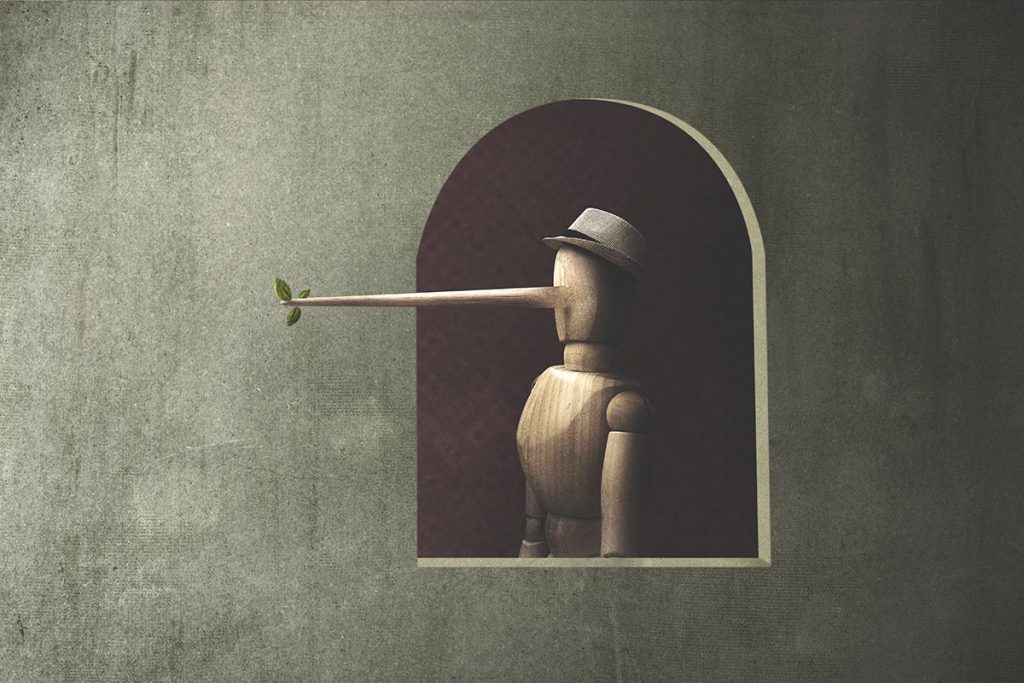 “A little patience, and we shall see the reign of witches pass over, their spells dissolved, and the people recovering their true sight, restoring their government to its true principles. It is true, that in the meantime, we are suffering deeply in spirit, and incurring the horrors of a war, and long oppressions of enormous public debt.”

—Thomas Jefferson, 1798, after the passage of the Sedition Act

It’s easy to imagine Dr. Mengelfauci as the prototypical Pinocchio, his dimpled nose jutting out another inch every time he spouts a new lie, but really he’s more like Mangiafuoco, the waffling puppet-master of the Great Marionette Theatre in Carlo Collodi’s 1883 The Adventures of Pinocchio.1 Or maybe he’s both, as no doubt his strings are being pulled by shadow puppet-masters whose names we may never know.

Pinocchio is a pathological prevaricator who is not only implausibly dense but an incompetent liar to boot. His lies are so transparent and contradictory as to be laughable. On those counts, Dr. Mengelfauci is a match.

Where he doesn’t align with both the original Italian and Disney versions is in the marionette’s genuine remorse for his wicked deeds and his ardent desire to reform, ultimately leading to his redemptive transformation into a human being—a metamorphosis unlikely to befall today’s wooden fabulist.

Spin Doctor Fauci is still clinging to his pedestal, his nose growing longer by the microsecond as he slings more lies to camouflage the festering heap of fetid falsehoods in the corner.

A Cabinet of Confabulations

We all know the flippety-floppety fabrications. Below is just a sampling:2

I can’t help but think of the Kids in the Hall courtroom skit where Dave Foley’s character blatantly lies on the stand, gloating, “This is so easy!”

As if Dr. Mengelfauci didn’t already have enough of a god complex, he has now equated himself with Science—thus, questioning his perpetually fluctuating and highly suspect statements is equivalent to “science denial”:

“It’s very dangerous, Chuck, because a lot of what you’re seeing as attacks on me quite frankly are attacks on science.… If you are trying to get at me as a public health official and a scientist, you’re really attacking not only Dr. Anthony Fauci, you are attacking science.… Science and the truth are being attacked.” (@ 5:21)

Throughout the interview, Chuck Todd sets up the scripted card-stacking questions so Dr. Mengelfauci can deliver his prepared rejoinders, complete with a surfeit of trusty propaganda techniques, including transfer device, stereotyping, character assassination, and milieu control.

George Orwell sums up the art of deception succinctly, as ever:

“Political language … is designed to make lies sound truthful and murder respectable, and to give an appearance of solidarity to pure wind.”

“If you tell a lie big enough and keep repeating it, people will eventually come to believe it. The lie can be maintained only for such time as the State can shield the people from the political, economic, and/or military consequences of the lie. It thus becomes vitally important for the State to use all of its powers to repress dissent, for the truth is the mortal enemy of the lie, and thus by extension, the truth is the greatest enemy of the State.”

Next post: “So I said, ‘OK, I can play with that.'” — A Belgian Manipulator Tells How He Fooled Belgium to Believing in the 2019 Epidemic That Wasn’t