FUNDAMENTALS: A Primer for the Propagandized by Margaret Anna Alice

by Vanderleun on July 11, 2022
RECOMMENDO: The brilliant and tireless Margaret Anna Alice has a mission: “Examining media narratives, propaganda, mass control, politics, psychology, history, philosophy, language, film, art, music, literature, culture, & health with a focus on COVID to unmask totalitarianism & awaken the sleeping before tyranny triumphs.” This is one of her shorter raids on the inarticulate. 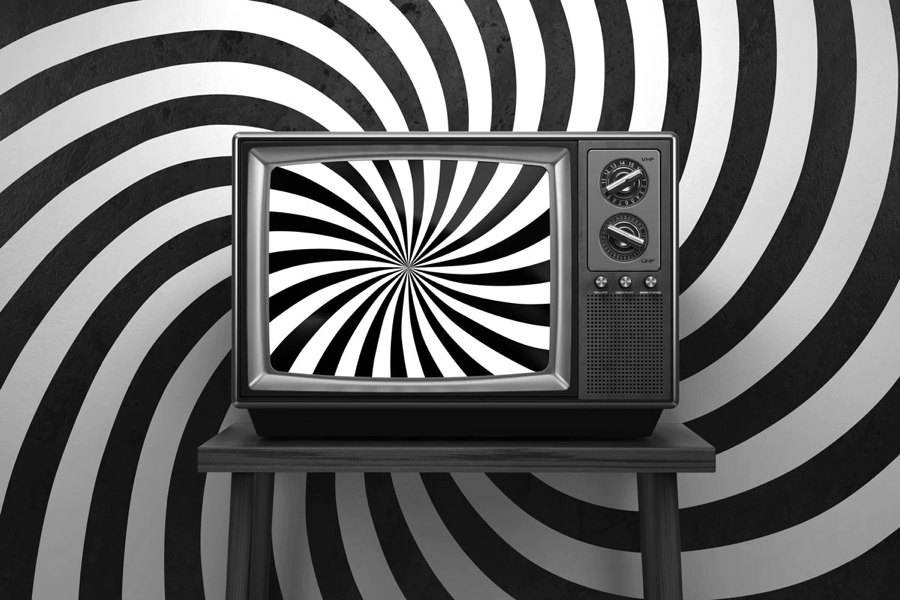 Fear Is the Mind-Killer

“Totalitarianism, if not fought against, could triumph anywhere.” —George Orwell

The noose is dangling gently around our necks. Every day, they cinch it tighter. By the time we realize it’s strangling us, it will be too late.

Those who gradually and gleefully sacrifice their freedoms, their autonomy, their individuality, their livelihoods, and their relationships on the altar of the “common good” have forgotten this is the pattern followed by every totalitarian regime in history.

Everyone wonders how ordinary Germans could have been manipulated to participate or stand dumbstruck while their government was transformed into a genocidal juggernaut. This is how. Read Sebastian Haffner’s Defying Hitler memoir to see how this can happen anywhere—including here.

Everyone wonders how Russians could have permitted and even zealously reported fellow citizens for imprisonment and execution under Article 58, the penal code invented to incarcerate anyone who expressed the slightest whisper of noncompliance under Stalin’s homicidal state. This is how. Read Aleksandr Solzhenitsyn’s meticulously documented The Gulag Archipelago to witness this progression of authoritarian lunacy.

Everyone wonders how Hutus could have suddenly started axing their Tutsi neighbors to death after being inundated with waves of anti-Tutsi propaganda from Radio Télévision Libre des Mille Collines. Read Philip Gourevitch’s We Wish to Inform You That Tomorrow We Will Be Killed with Our Families: Stories from Rwanda.

The list goes on. And on. And on. From Machiavelli’s The Prince to Étienne de La Boétie’s The Politics of Obedience: The Discourse of Voluntary Servitude to Edward Herman’s and Noam Chomsky’s Manufacturing Consent (and accompanying documentary) to BBC’s The Century of the Self, mechanisms of mass control have been chronicled for millennia.

“As far as the mass of the people go, the extraordinary swings of opinion which occur nowadays, the emotions which can be turned on and off like a tap, are the result of newspaper and radio hypnosis.”

Can you imagine what master propagandist Edward Bernays would have done with access to today’s mainstream media conglomerate combined with the global surveillance infrastructure of Big Tech? And you really think that’s not happening now—with another century of psychological, neurological, and technological research under their belts?

The present ability to curate reality and coerce obedience is unprecedented, far beyond what Orwell envisioned in 1984, Bradbury in Fahrenheit 451, Huxley in Brave New World, and Burgess in A Clockwork Orange.

A textbook example of Problem Reaction Solution, the current tsunami of worldwide hysteria is the latest and potentially most threatening example of mass control in history.

The recipe is simple. Take a naturally occurring phenomenon, say a seasonal virus, and exaggerate its threat far beyond every imagining—despite exhaustive evidence to the contrary. Suppress, silence, ostracize, and demonize every individual who dares present facts that expose the false mono-narrative.

Whip up a witches’ brew of anger, envy, and, most importantly, fear, escalating emotions to a boil so as to short-circuit our faculties of reason and logic.

Isolate us from one another, supplant real-world interactions with virtual feuds, label nonconformists as a threat to the group, and pump the public with a disinformation campaign designed to confuse and atomize. In essence, foster a cultlike mentality that shuts down thought to guarantee assent.

Cultivate and wield our cognitive biases—especially ingroup bias, conformity bias, and authority bias—against us in a comprehensive divide-and-conquer policy that keeps us too busy squabbling amongst ourselves to recognize and unite against those corralling us into a Matrix-like collective delusion that enables the powerful to extract our resources for their own gain.

This ideological mass psychosis is religion—not science. If this were about science, the Media–Pharmaceutical–Big-Tech complex would not be memory-holing every dissenting voice, vilifying every thought criminal, and censoring every legitimate inquiry in quest of the truth.

“It’s easier to fool people than to convince them that they have been fooled.”

“In religion and politics people’s beliefs and convictions are in almost every case gotten at second-hand, and without examination, from authorities who have not themselves examined the questions at issue but have taken them at second-hand from other non-examiners, whose opinions about them were not worth a brass farthing.”

The next time you’re watching the news, reading a social media post, listening to a friend repeat a scripted talking point, pay attention. Learn to identify the earmarks of propaganda, the clickbait used to trigger your emotions, the mechanisms employed to engineer your cognitive biases.

Don’t let your pride prevent you from seeing—and admitting—the Emperor is naked. We are losing our last sliver of opportunity to resist authoritarianism.

This is not a partisan issue. Those who wish to control us have made it such because disunited lemmings are easier to steer than independent, critical thinkers.

This is a human issue. This is about crushing the middle class—the backbone of a democratic republic—and transferring trillions from the middle and lower classes to the ruling plutocracy. This is about demolishing the foundations of a free society and building it back—not better, but better-controlled.

I will close by recommending a series of illuminating videos on menticide (“the systematic effort to undermine and destroy a person’s values and beliefs … to induce radically different ideas”) throughout history by Academy of Ideas. This analysis of mass psychosis is nonpartisan and of value to every thinking human being.

Dare to question. Dare to disbelieve. Dare to defy ideology in favor of science while you still can.

Previous post: This lesson just in from Sri Lanka