[Note: On Neo’s site she’s talking about “the hook” in popular music with many interesting things to say in How to write a hook – The New Neo. This caused me to remember this item from 2009. ] 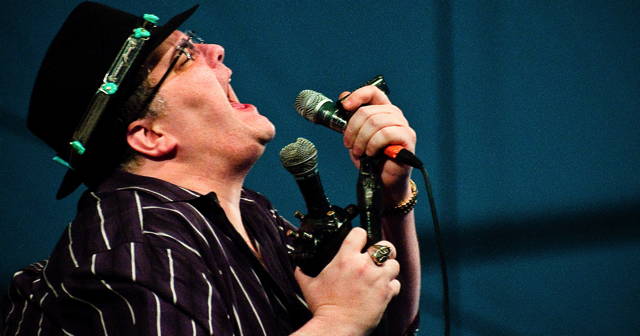 John Popper of Blues Traveller belting out The Hook

This morning I have been bedeviled by the earworms, hooks, and heart tricks of popular music. I keep telling myself that most popular songs are not written to be true, but glib; that they run on what’s called ‘The Hook.’

Distracted by numerous lyrics that all seemed to be sending me a secret message, I decided to investigate the inner nature of ‘The Hook.’ and came in my Googling to a song by Blues Traveler from their album “Four.”

“Four” is an album I’ve had for many years (A memoir of a brief, but doomed, May — September romance a decade or so back.) which has a song on it called “The Hook.” Looking up the lyrics, I saw — for the first time — what the refrain actually says:

It’s a common problem with the lyrics to pop songs that they are often misheard by the listeners. These ear blips are called “mondegreens.” I have an old friend who has bought apartments in New York City by exploiting and cataloging the phenomenon in books. (‘Scuse Me While I Kiss This Guy and He’s Got the Whole World in His Pants, among others.)

Mondegreens are commonly explained by the facts of loose recording standards, production choices, and the volume at which all the instruments play and the singers sing. It is more simply explained by the fact, as noted by my old friend Ethan Russell about Mick Jagger many years ago, “Well, you know, he does slur a lot.”

And he does, and they all do. Singing words requires, as we learn in the sacred book of Bob Dylan, that you bend and shape the song’s words to the measure of the song’s music. Success in pop music is always found, after the last note fades, in the singer not the song.

The other thing that drives the hearing of a song is the mood of the listener. You hear things in songs that aren’t ever there just as you see things about your house that are long gone. In each, what we hear and see in down times is essentially the ghosts of … love, etcetera. And coming or going, love has a lot of etcetera attached to it that it pulls along behind it like the chains on Marley’s ghost.

I’ve listened to ‘The Hook.’, with attention or just as background, probably around a hundred times over the years. I’ve trance danced to it. I’ve even been to a Blues Traveler concert in New York City that had it on the setlist. In all those iterations I’ve never heard ‘hook,’ but always heard ‘heart.’ Now I know different …. but not better.

Seen whole the lyrics to ‘The Hook’ are all about the plight and pain of being a pop star. One of the thousands of such screeds in which our celebrities bemoan the curse of wealth and fame their rise has brought to them — the endless angst of those who fear they had to ‘sell-out’ in order to ‘buy-in.’ I try, but somehow I just can’t feel this pampered pain.

It might be a mondegreen, but it makes a much better song.

Next post: Ladies and Gentlemen: The greatest show off Earth! Look Up. Now. Tonight.