Better Daze: “Slow down you move too fast…”

For at present we all tend to one mistake; we tend to make politics too important. We tend to forget how huge a part of a man’s life is the same under a Sultan and a Senate, under Nero or St. Louis. Daybreak is a never-ending glory, getting out of bed is a never-ending nuisance; food and friends will be welcomed; work and strangers must be accepted and endured; birds will go bedwards and children won’t, to the end of the last evening. — G.K. Chesterton, In Defense of Sanity 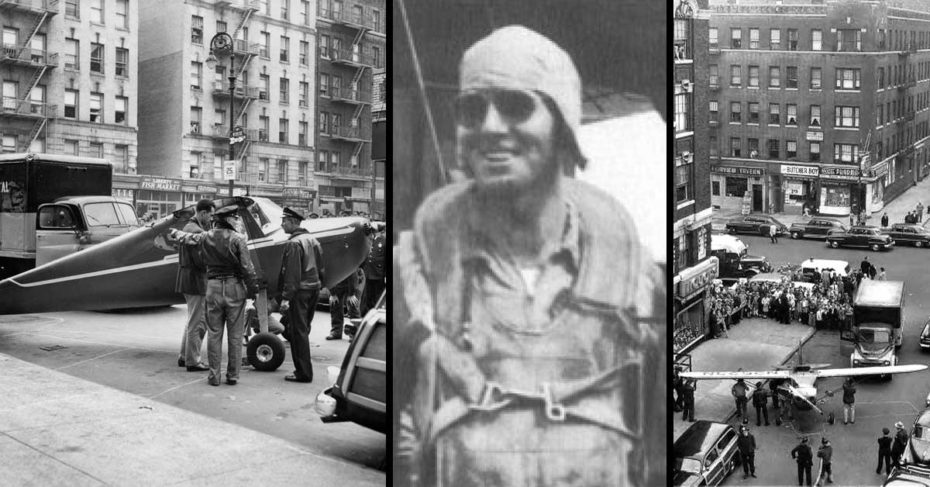 GTA, Thomas Fitzpatrick Edition. The greatest “Hold my beer and watch this” ever. At approximately 3 a.m. on September 30, 1956, Fitzpatrick, while intoxicated, stole a single-engine plane from the Teterboro School of Aeronautics at Teterboro Airport in New Jersey and flew without lights or radio before landing on St. Nicholas Avenue near 191st Street in front of a New York City bar where earlier he had been drinking and made an intoxicated barroom bet that he could travel from New Jersey to New York City in 15 minutes. The New York Times called the flight a “feat of aeronautics” and a “fine landing”. For his illegal flight, he was fined $100 after the plane’s owner refused to press charges.

On October 4, 1958 just before 1 a.m., Fitzpatrick, again intoxicated, stole another plane from the same airfield and landed on Amsterdam and 187th street in front of a Yeshiva University building after another bar patron disbelieved his first feat. For his second stolen flight, Judge John A. Mullen sentenced him to six months in prison, stating, “Had you been properly jolted then, it’s possible this would not have occurred a second time.”  Fitzpatrick said “it’s the lousy drink” that caused him to pull the stunt. 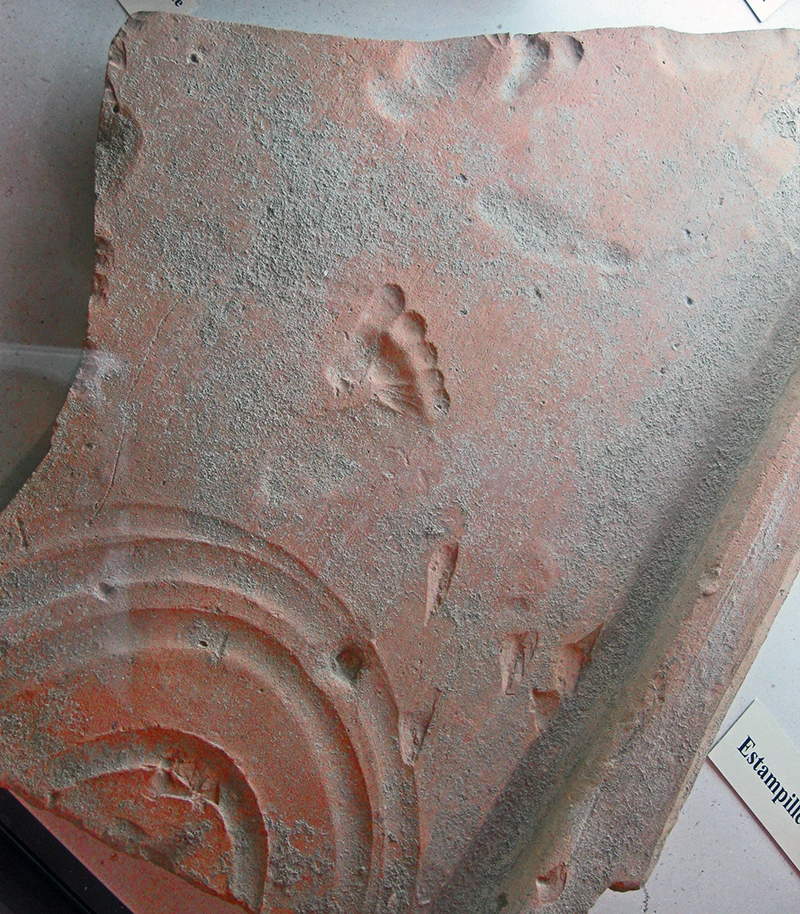 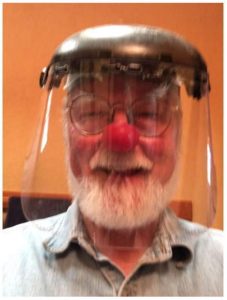 Mask – Robert Fulghum Now, most of the world goes about in masks because of the pandemic. When I was in town this week most people were masked, covering their faces from just below the eyes. In addition, because it’s summer, they were wearing sunglasses and some form of a hat. Not only did I not recognize people I know well, but I also had no access to the facial clues of expression needed to know their state of mind. The obligatory facial covering increases social distancing ten-fold. We are more isolated from one another than ever. That’s why I’ve started wearing a clear plastic face-shield and consciously approaching people with a mindset of empathy and goodwill. It’s not a mask. It’s Fulghum-in-a-fishbowl. And I’ve noticed an immediate change in the quality of my encounters with people, who are eager to connect with an affable and transparent old guy who smiles at them – because that’s the best he can offer in the situation we are all in. (And, yes, I wear the red rubber nose – to make my intentions clear.) 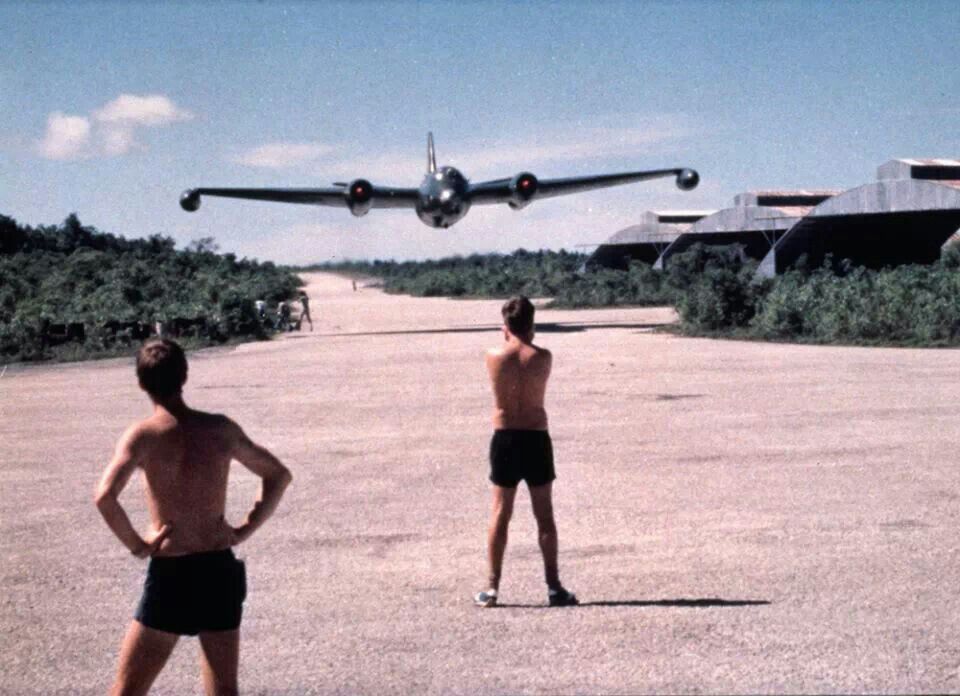 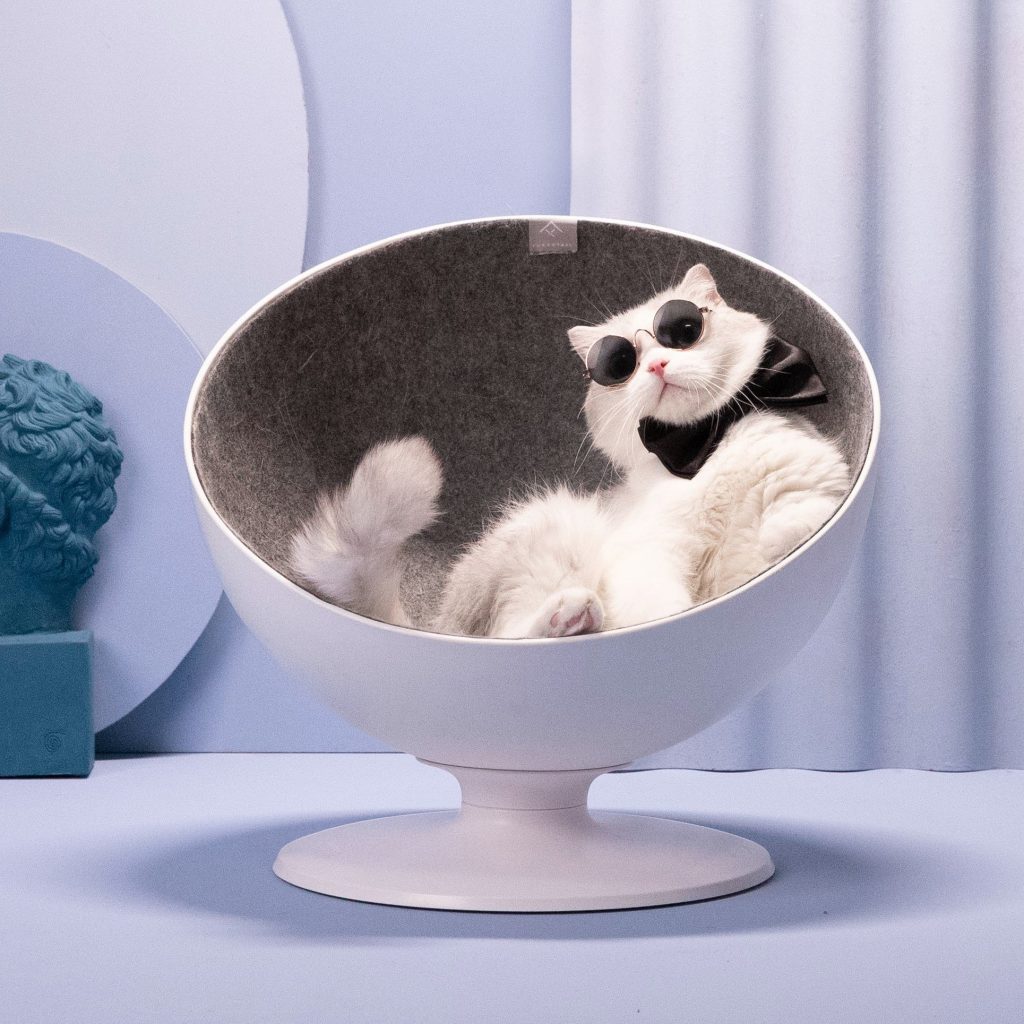 The Flying Train depicts a ride on a suspended railway in Wuppertal, Germany in 1902. The footage is almost as impressive as the feat of engineering it captures. According to the MoMA, the footage was shot on Biograph’s proprietary 68mm stock which offers stunning visual clarity and quality, especially compared to the more standard 35mm or 16mm stocks of the time. The Wuppertaler Schwebebahn (Wuppertal Suspension Railway) is a suspension railway in Wuppertal, Germany. Designed by Eugen Langen, it was built between 1897 and 1903 with the first track opening in 1901. The Schwebebahn is still in use today, moving some 25 million passengers annually as of 2008. It runs along a route of 13.3 kilometres (8.3 mi). 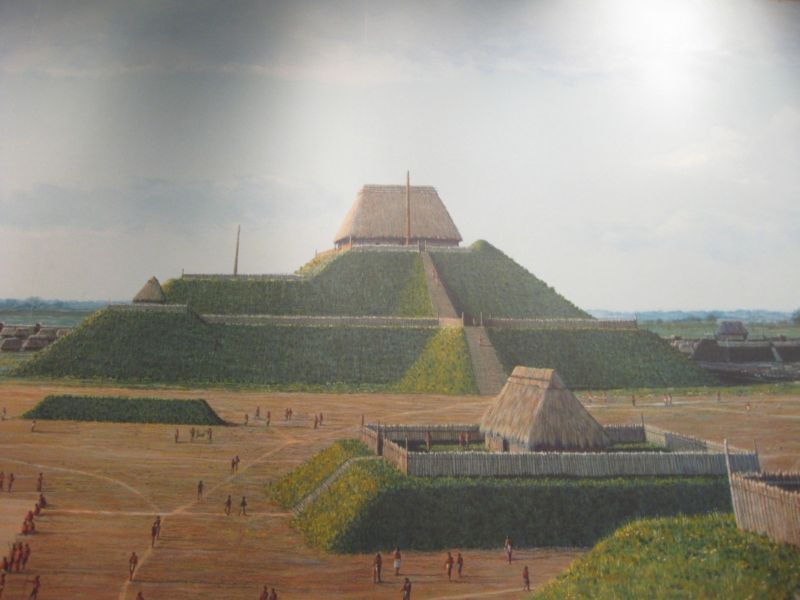 Finding North America’s lost medieval city A thousand years ago, huge pyramids and earthen mounds stood where East St. Louis sprawls today in Southern Illinois. This majestic urban architecture towered over the swampy Mississippi River floodplains, blotting out the region’s tiny villages. Beginning in the late 900s, word about the city spread throughout the southeast. Thousands of people visited for feasts and rituals, lured by the promise of a new kind of civilization. Many decided to stay. At the city’s apex in 1050, the population exploded to as many as 30,000 people. It was the largest pre-Columbian city in what became the United States, bigger than London or Paris at the time.

Did they even hang bears? What made the Vikings tick? The number of excavated Viking graves is in the low millions, and the only rule is that they’re all different. Men buried with weapons are common, but the occupant of a particularly well-furnished grave in Birka, who was buried seated with axe, sword, spears, bow and arrows, is now confirmed by DNA as female. Conversely men buried in women’s clothes and with feminine accessories have been found on several occasions, including one man buried with a full set of female jewelery near Andover. 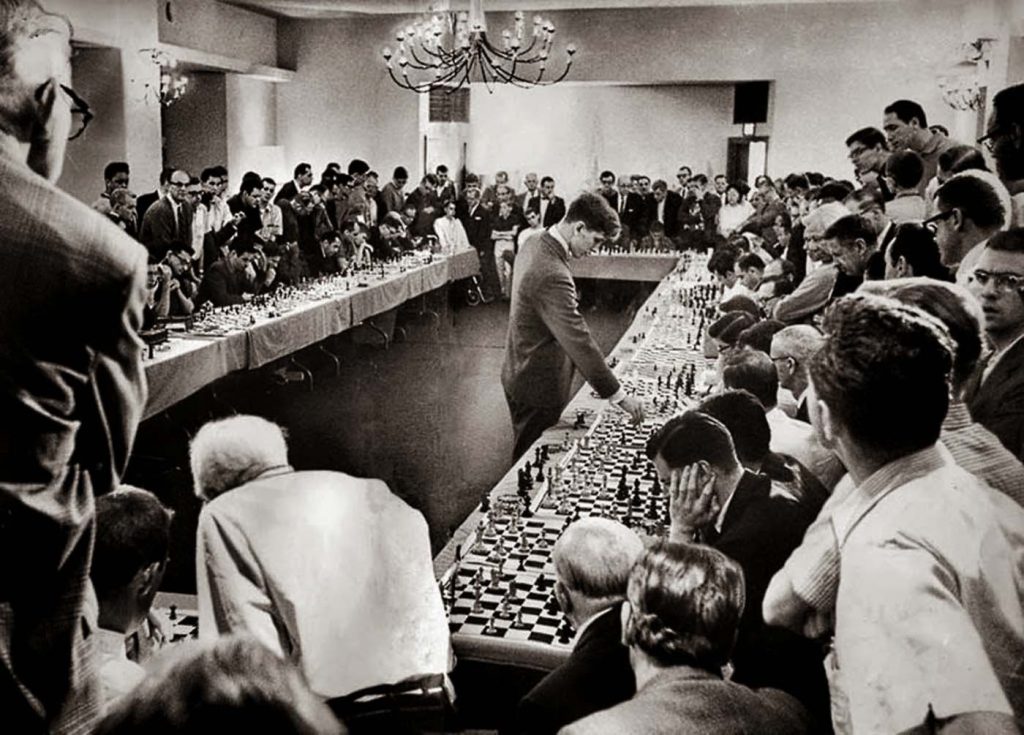 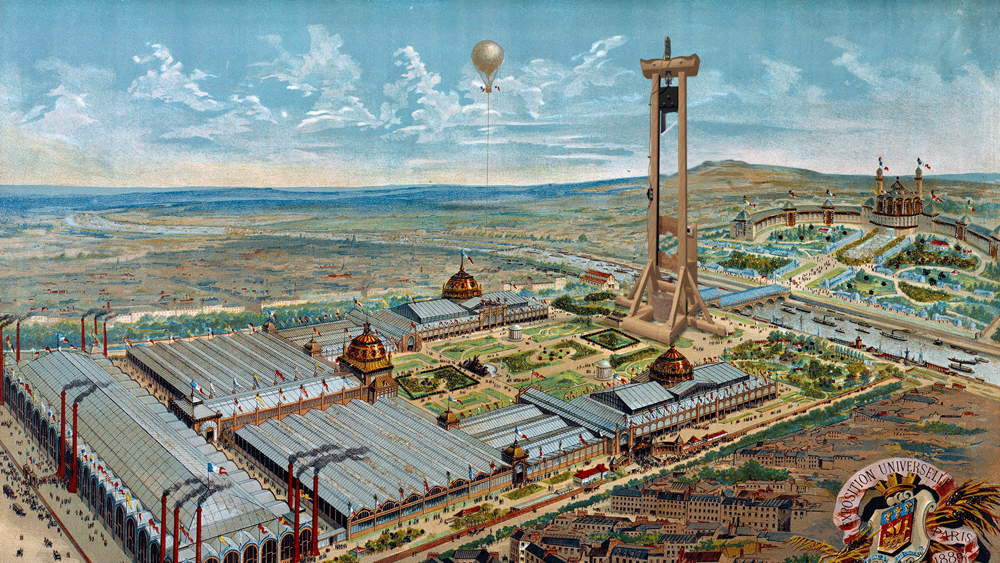 The Story Behind the Eiffel Tower’s Forgotten Competitors – Even after it was finished, the Eiffel Tower’s life-span was originally set at 20 years. Scheduled to be demolished in 1909, the spire was saved by its utility as a radiotelegraph post as much as its popular acceptance. Nonetheless, it attracted the attention of those who would improve it. Engineer Charles Carron of Grenoble, Switzerland, suggested that a 40-foot-long, 20,000-pound, bullet-shaped container should be added to the tower’s silhouette. Once tourists filled the vessel’s 20 leather armchairs, it would plunge into an artificial lake shaped like a champagne glass. Later assessments by those with a firmer grasp of physics estimated the capsule would have hit the water at a bone-mulching 180 mph. 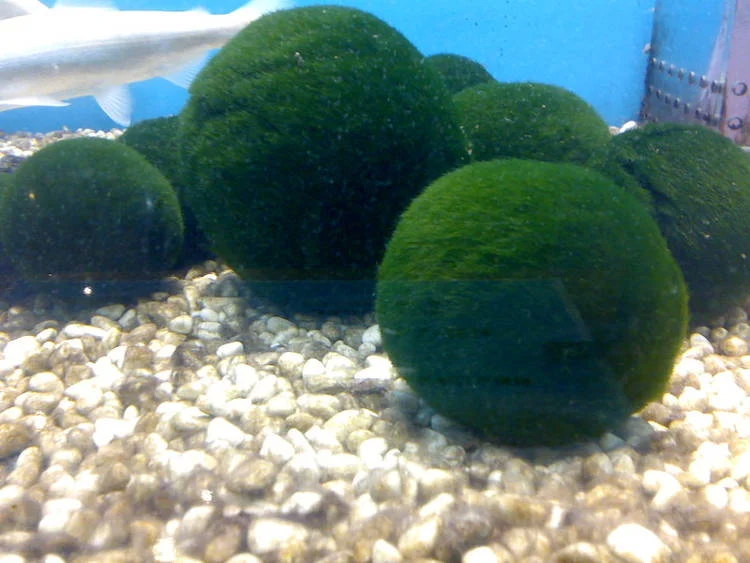 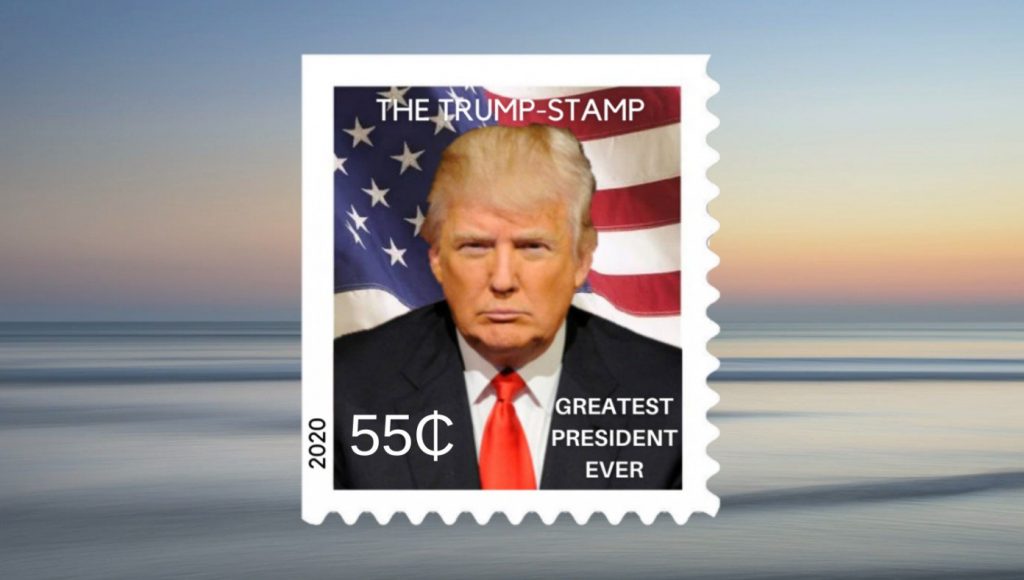 Brilliant Trump Puts Himself On All Postage Stamps, Forcing Democrats To Push For Abolishing USPS