Saturday [Let’s] Review: Some of you are not yet clearpilled – by Curtis Yarvin aka Mencius Moldberg 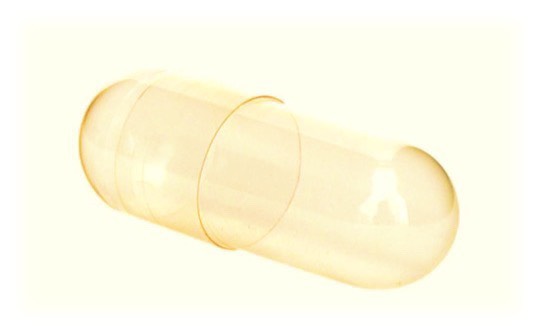 I always get a lot of flak when I covidpost. This time is no exception.

In general, your attitude toward this covid shitshow predicts a certain kind of political sophistication and detachment, which you can call whatever you like. If you have it, you are going to make it. If not—well, it is my job, isn’t it? To help you try to make it?

Some smart readers ask: sure, in the abstract, a sovereign regime has the abstract sovereign right to emergency biopower, up to and including welding its subjects in their condos to cope with some kind of airborne smallpox-leprosy. But… this regime, these measures, and this virus?

The answer is that right is always abstract. Sovereignty’s rights are always unlimited. This by no means makes all its uses of power right and proper. Especially in the case of our own dear regime—which is really a beaut.

When power is doing the wrong thing

We cannot say the regime is acting rightfully, because rightful emergency measures require a genuine emergency; and the measures must be genuinely effective. There is not a clear case for the efficacy of Western nonpharmaceutical interventions; and those currently driving them seem curiously uninterested in basic measures, such as better masks and more, cheaper rapid tests, that would make them work much better—but do not invoke the tense, avenging joy of collective coercion. And while covid is sort of an emergency, an emergency is an emergency if handling it as an emergency works much better than business as usual—which isn’t completely clear here, either.

So? That’s okay. Honestly, it’s not a great regime. It does weird stuff for weird reasons. Right? But we knew that, didn’t we?

When power is doing the wrong thing for some dumb reason, I hope it’s not too hokey to quote Bruce Lee: “be water.” The wrongfulness of power’s thing makes it rightful to resist. But: is it prudent to resist? Is it necessary to resist? Almost always no.

Your action must not be reactive. Water does not push back. Water lets the enemy expend energy, expending no energy against him. Water does not forget that the enemy is an enemy—nor ever lose sight of its lovely dream of filling his throat.

When you are not following Bruce Lee’s wisdom, you always think you are fighting back. Usually, what you are doing is participating—giving your energy to the enemy.

The only practical reasons to study political science are to study (a) how to apply power against the current regime, (b) how the next regime should apply its power.

The answer to (a) is very simple. Never apply power. Only build power. In the end, it is quite likely that you will not even need to fight—you will win almost automatically. And once you have enough power to fight, you’ll definitely know it.

This is not an absolute rule. There are no absolute rules in the art of war, which like it or not includes the art of politics. It is not impossible for collective action from a dissident position to be effective.

But any collective action is a military action and must be judged on a military basis. The standards for the prudence of a military action have never changed: a prudent action must be expected to increase your strength relative to the enemy’s strength. The war is won when the enemy has no strength—no power to resist.

We can imagine collective action aimed at a goal, offensive or defensive, that meets this very high standard. Suppose the goal is stopping a new regime measure that will open the borders and give ruling-party memberships and voting rights to everyone who comes in, thus stuffing the ballot box with human beings. The defensive power value of this goal is very high, since failing to achieve it will politically disempower the native population for all time eternal.

Most actions are not like this. If the goal of the defensive action is preventing some abuse of power. assuming there is actually a collective action against this abuse that would be effective, we still need to ask whether the abuse of power is making the regime more powerful.

If not, by opposing the abuse, we are only dissipating our power. Using energy against power, even successfully, does not create more energy. It just uses up energy. The main effect of Brexit was to dissipate the political energy that created Brexit. No power was created either by the symbolic victory or the tangible results.

The worst kind of goals to use power on is entirely symbolic goals. Then, victory is nothing but dissipation—the emptiness of a masturbatory orgasm. When the goal is substantive and good, better—but this does not validate the goal as a target. Only if the goal can be plausibly achieved, and if achieving it improves the balance of power, do we have a prudent political target.

Most abuses of power make bad targets, for the simple reason that most abuses of power tend to discredit the regime. Therefore, ending them—even if it can be done—is actually naive and un-Machiavellian, a luxury no rebel can afford. As Napoleon said: never interrupt the enemy when he’s in the process of destroying himself.

Moreover, these kinds of goals are terribly distracting when we are sitting back in our armchairs and solving problem (b)—what the ideal regime of the future should do about a problem like covid?

You might not think solving this problem would help get us to the ideal regime of the future—but you would be wrong about that, too. Nothing can happen until it becomes plausible; and making it plausible is the job of the intellectual. Plus, it sucks to be in power and have no plan to use it—history has seen more of this than one might think.

It is safest to assume that when you are out of power, your goal is to build power, not use power. True—there are real opportunities for dissident collective action. But your monkey mind wants to see these opportunities so badly that not a hundredth of them are real—as judged by basic, inescapable military logic.