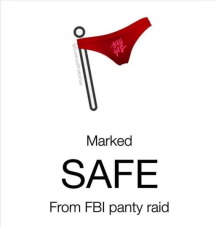 “Civil Rights”? After Breonna Taylor, SESAME STREET Lynchings? I SPIT ON THEM, by John Derbyshire Civil rights never became self-regenerating as the Americans of 1964 had hoped it would. The legitimacy of civil rights legislation rested on the belief that it would be a transitional measure, leading to a stable, racially mixed society. Professing to oppose racial distinctions in the South, while introducing them on a nationwide basis via affirmative action and other programs, would have been illogical, hypocritical, and unjust if done on a permanent basis. The extra rights of protection and redress that minorities enjoyed were admissible as stopgaps—not as permanent parts of the Constitution.

Permanent, though, is what they became. In a world in which no one was able to say what he really thought, American politics turned into a bizarre tacit bargain, like an embarrassing family secret kept among 300 million people. White people were supposed to console themselves that their superior economic standing somehow “compensated” them for their inferior status as citizens. As their economic standing eroded, though, the consolation rang hollow and the compromise grew unstable. NEW: We’ve already witnessed 500+ migrants cross illegally into Eagle Pass, TX this morning alone, including this huge single group of 290. You’ll see part of the group walk to the edge of a local highway before being stopped by TX DPS troopers. Almost all single adults. @FoxNews pic.twitter.com/O5ySjZqYD3 Hyland: The late great Remus produced a marvelous meme to answer this challenge to describe the beauty of western civilization. A darling little girl is on the phone with her grandma and proclaims to her mother standing by, “Grandma says it’s okay to be white!” Remus continues… “Yes, little one, dear old grandma is right. It’s okay to be white, even though your parents, teachers, friends, the news media, politicians, advertisements, and movie stars tell you it’s not. No, you’re not the enemy of decent people in this world. No, you are not to blame for the stupidity and failure of others. You’ve been lied to and betrayed by everyone who should protect and encourage you. It’s awesome to be white. Western Civilization… leading the world since 1,000 BC.” 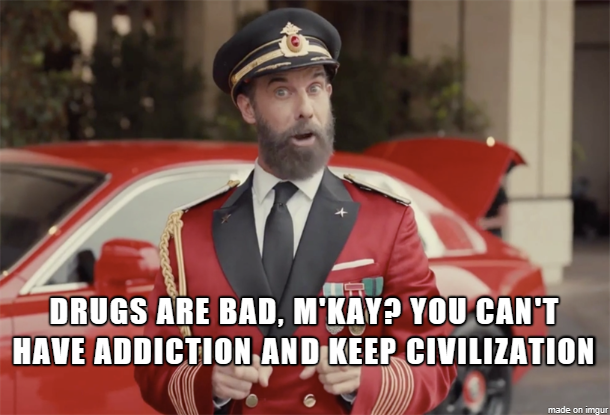 The World’s Tallest Building Should Never Have Been Built. Change My Mind.

James 3:9 With the tongue we praise our Lord and Father, and with it we curse human beings, who have been made in God’s likeness. 10 Out of the same mouth come praise and cursing. My brothers and sisters, this should not be. 11 Can both fresh water and salt water flow from the same spring? 12 My brothers and sisters, can a fig tree bear olives, or a grapevine bear figs? Neither can a salt spring produce fresh water. There were once many kind people, and even unkind ones pretended to be good because that was the thing to do. Such pretense was the source of hypocrisy and dishonesty so much exposed in the realist literature at the end of the last century. The unexpected result of this kind of critical writing was that kind people disappeared. Kindness is not, after all, an inborn quality—it has to be cultivated, and this only happens when it is in demand. For our generation, kindness was an old-fashioned, vanished quality, and its exponents were as extinct as the mammoth. Everything we have seen in our times—the dispossession of the kulaks, class warfare, the constant “unmasking“ of the people, the search for an ulterior motive behind every action—all this has taught us to be anything you like except kind. — From Hope Against Hope (1970), by Nadezhda Mandelstam

The Limits Of History – You know that meme that went around on with the founding fathers and “Me and my buddies would already be stacking bodies?” That’s the image of the founding fathers in movies, and heavily influenced by the seventies “they were revolutionaries” thing. They were actually farmers, cobblers, businessmen, lawyers, accountants, husbands, fathers, sons and brothers.

What does that mean? Well, the only ones who were raving about “stacking bodies” were people like Tom Payne, who later went to join the French revolution on the side of the revolutionaries. There was something broken in that man, no matter that he was on the side of good for a little while. The rest of them? A lot, until the last minute, until they signed the Declaration of Independence, thought a reconciliation with England was possible, and waffled on the daily over whether such a thing as separation was needed…..

So, what really happened in the revolutionary war?

They endured far more than we’ve even started to endure, until it reached critical mass. A lot of their striking back was wrong. A lot of the founding fathers seemed to be on both sides at once. A lot of them were on one side, then changed. A lot of the people on the other side, who ran away or learned to be quiet weren’t evil villains. They didn’t support the horrors the English inflicted on the colonies. They’d just not processed them, or thought there must be an explanation, or perhaps knew of the bad things the revolutionaries had done. Or were afraid of being targeted for their religion, in some of the friskier colonies.

So, when you come here and you say “We haven’t rebelled. We’ll never rebel.” you’re talking from the movie in your head, where everyone is fully aware and on the same page you are and everyone understands the constitutional implications of every little thing, and everyone — as one — rises up and–

Can you hear the music swelling? It’s never happened that way.

The New Art Right: A Conversation with Lomez|| Lomez: The question of why contemporary art, or contemporary culture broadly is bad, is a hard one to answer. What is so bad about contemporary art? Well, it is boring for one thing. That is its chief sin. And the reason it is boring is because, by and large, our culture isn’t producing anything new. We are stuck. I won’t bother critiquing the Marvel/Disneyification of middle-brow culture, since that is self-evidently bland and uninventive. But also high-brow art – what gets passed around in MFA programs or presented in prestige films and novels, tends to indulge dysfunction and intellectual vanity and is very bland. People are desperate for a new culture primarily because they are bored by what we have now. They want something new

Gestapo the Steal – Kunstler  To America’s political Left, serving its masters in the runaway deep state, reality itself must be portrayed as “baseless,” as in nothing to see here, folks. Is it any wonder that half the country has gone mental? The reality they don’t want you to see is that the intel-and-surveillance agencies of our Republic have taken on a rogue life of their own as a dominant “fourth branch of government,” and that some time ago they embarked on a crime spree against anyone threatening their operations. Curtis Yarvin (aka Mencius Moldbug): An Interview I am reminded of John Perry Barlow’s famous Declaration of the Independence of Cyberspace in 1996: “Governments of the Industrial World, I ask you of the past to leave us alone. You are not welcome among us. You have no sovereignty where we gather! You have no moral right to rule us nor do you possess any methods of enforcement we have true reason to fear.” Statements like this seem laughable now but Barlow was projecting a common belief, and common expectation, of the techno-libertarians who by and large built the internet.

It was nonetheless the ideology of “90s Usenet” which was this exact same John Perry Barlow ideology, this kind of light techno-libertarian-anarchist vibe (letting anyone be a little bit left, like Barlow himself, or a little bit right, — peace love and unity man –) which wound up evolving more or less unchanged into the open-society ideology of the blogosphere in the teens. But there was actually a significant technical difference.

What smart guys like Zuckerberg had discovered in the late ’90s (remembering that the ’90s go until 2005) was that the best way to give people the Internet was actually to fake it. In this fake Internet, instead of every user having their own node, each user would be just a row in a single giant database on a single giant server. From the patriarchal frying pan, the West had jumped into the post-modern fire: “People don’t bother to grow up, and we are all fish swimming in a tank of half-adults. The rule is: Where repression was before, fantasy will now be … Adults regress toward adolescence; and adolescents — seeing that — have no desire to become adults. Few are able to imagine any genuine life coming from the vertical plane — tradition, religion, devotion.”

Explicit Content | History Today  What follows will be explicit because it is about expletives; it may also seem offensive, because it is about how words have become so. Many words we consider, at best, crude were medieval common-or-garden words of description – arse, shit, fart, bollocks, prick, piss, turd – and were not considered obscene. To say ‘I’m going to piss’ was the equivalent of saying ‘I’m going to wee’ today and was politer than the new 16th-century vulgarity, ‘I’m going to take a leak’. Putting body parts or products where they shouldn’t normally be created delightfully defiant phrases such as ‘turd in your teeth’, which appears in the 1509 compendium of the Oxford don John Stanbridge. 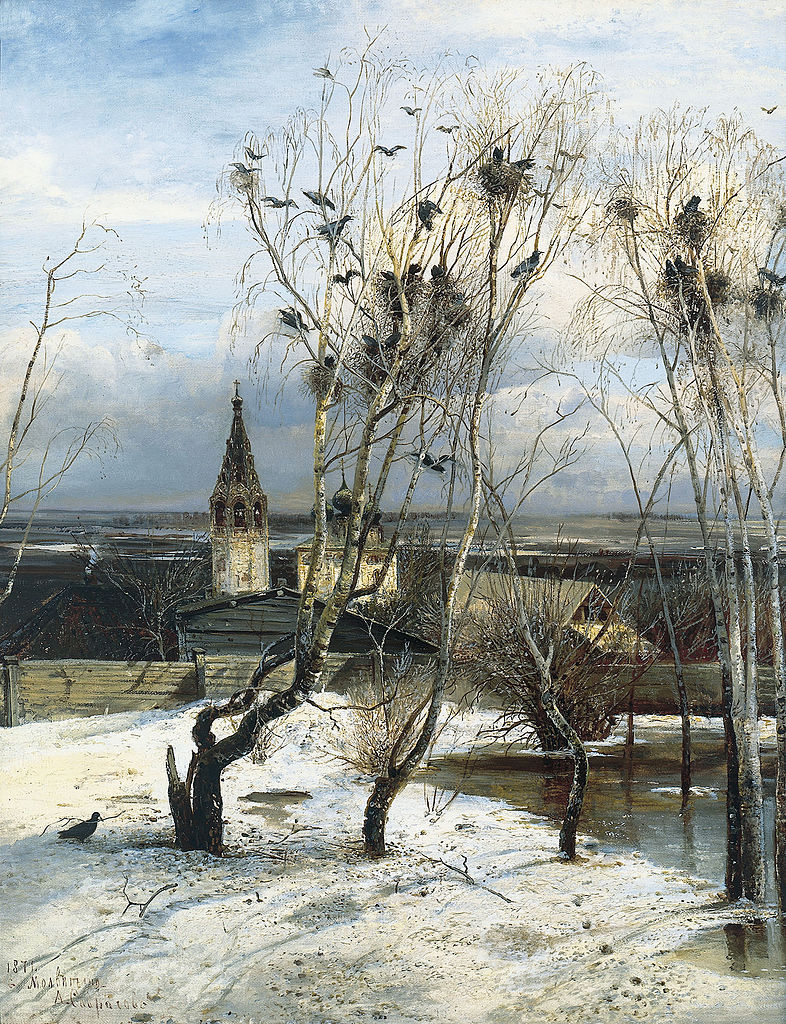 Previous post: Remember the war in Europe? You know, the most recent one. CIA spy analyzes Vladimir Putin and the War in Ukraine | Andrew Bustamante and Lex Fridman