Culled From Long Read of the Week: Everything you think you know about Uvalde is wrong 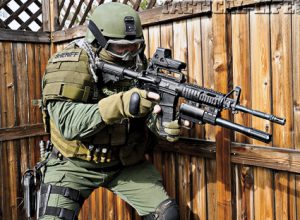 Very few will ever know the truth, we will know what THEY want us to know. — Dirk

Breaching with a 223/556 is what a retard would do. Breaching is done with a shotgun shooting Avon rounds, a ceramic round designed to shear the bolting mech. I’ve got some experience shooting a breaching shotgun into doors.

The most practical is to breach at the hinges, not the doorknob. A shotgun with a two-inch stand-off device attached to the barrel’s end, with slots so debris doesn’t foul the barrel. 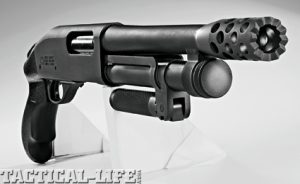 While I’m admittedly not an expert I have done perhaps two dozen doors over my 27 years. The breaching shotgun is a secondary weapon, that is usually not used after the breach, and entry weapons are used after the doors are blown.

Commands used to be, “Breacher up,” from stick leader. Breacher announces “Breeching” then two shots, one top hinge, and one lower hinge. If three hinges are present the third round from command to execution is mere seconds. Breachers will then fall in at the back of the stick, for making entry.

A hooligan tool is always present to pry the hinged side if required. In fact, the breeching device on the end of the shotgun is very similar to a “ Duckbill”, but it’s not a duck bill. A duckbill is crimped on the end to spread shot, not capable of shooting slugs or avons. 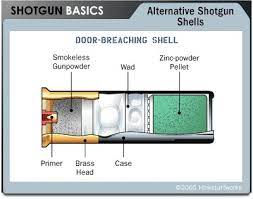 I’m told new rounds are being used. A softer metal that won’t cause shrapnel from entering the room being breached.

It is critical to understand that military breaching is in many ways different from a police breach. Objectives are the same, the stated goals are different. Police want zero sprawl entering the hostages’ area.

Hope this helps you to understand 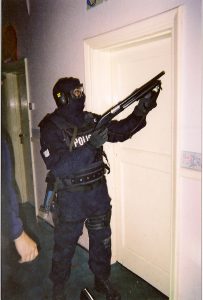 Hard plates are in most modern police vehicles anymore. Mine are four pounds each, will stop 556, 308, etc etc, capabilities. Plates are a luxury. I rarely wore armor, I had it and understood the possibilities of my choice.

Plates and armor are not a factor here, most poopoo I know would gladly sacrifice their lives for a child, or 500.

Do not misunderstand this is a MANAGEMENT failure. This is a TRAINING failure. Police academies are teaching police to stand by and await supervision before doing anything.

While it means zero, I see that something evil has taken over. Police academies are given curricula by Chiefs of Police State Sheriffs Assn and other legislative entities. Basically, men and women who’ve sucked their way to the top were mostly piss poor street cops. I’ve dealt with them my entire career. Zero respect for any of them.

Bottom-level street cops MUST engage the threat, with or without support. In a fight, the cop has to fight smart, not just smart. A 100 yrs ago I worked for a Sheriff named Bruce Mix, in Modoc County Ca, the guy stood five ft two, with his cowboy boots,

On my first day there he provided me with a mini 14 with selector switch, semi-three round, and auto, ten-thirty round mags. I was jazzed. It’s what he said that stuck with me to this day.

“ Dirk, you’re a resident Deputy, In Newell, you have zero back-ups, you get in the shit, stay calm, shoot straight, I’ve given you enough ammo and mags to keep their heads down. We’ll be along eventually, so don’t worry.

Solid advice for every lawman. Fight but manage your tools. I’ve retired 14 yrs now, I remember how it was, how it still should be, not this hide behind your squad vehicle awaits supervisor nonsense.

I recall more than five times but less than 100 times being badly outnumbered by bad guys. The policeman’s most important tool is what’s between his or her ears. Nothing wrong with thinking and working outside the box.

Previous post: Noted in Passing: Sanctions? Not taking as big a “bite out of crime” as Biden hoped