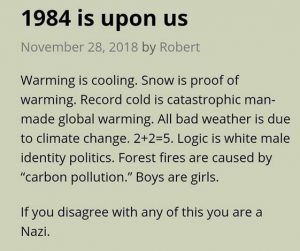 I was accused of pride by my peripheral friend; my new unfriend – people who with a click of a mouse are excluded from your life forever, with no impact except perhaps a sigh of relief and a nagging, irritating question “why didn’t I do that sooner?” Pride because I dare to write thoughtfully. I am not a mocker by nature, an idiot jester or buffoon. And while I do rage, I try not to write those thoughts down; they do me no good at all, much less anybody who stumbles onto one of my reflections. Plus when I am angry, without the tranquility I so crave, my words become poison.   A Reason, A Season, or a Lifetime | Joel D. Hirst’s Blog

What do you do if your life’s ambition – to become a pilot with the US Air Force – gets shot down by poor eyesight? If you’re Larry Walters, you take matters into your own hands. In 1982 the California truck-driver, unperturbed by the stringent recruitment standards of the USAF, decided to take to the air in his own unique way: by attaching a large cluster of weather balloons to a lawn chair… The plan was to float 30 feet (9 m) above the Mojave Desert for a few hours, then effect a pleasant and gradual descent. To Larry’s horror, however, the chair rose from his yard in San Pedro much faster than expected – he was eventually to reach a maximum altitude of 15,000 feet (4,600 m) – and was soon drifting over Los Angeles and into the primary approach corridor for Long Beach Airport, where he was spotted by several commercial airliners.  The Odysseum: Larry ‘Lawnchair’ Walters (1949-1993)

Word Around the Net: THE RURAL FUTURE? This sort of feels like Medieval times, with the lord in his castle surrounded by peasants that he protects and allegedly cares for like children, taking from them what he desires to survive with. Feudalism never really has gone away, but its been modified with the times; people still cluster around cities to live off the government’s handouts and pay heavy taxes to the state in exchange for protection and goodies. 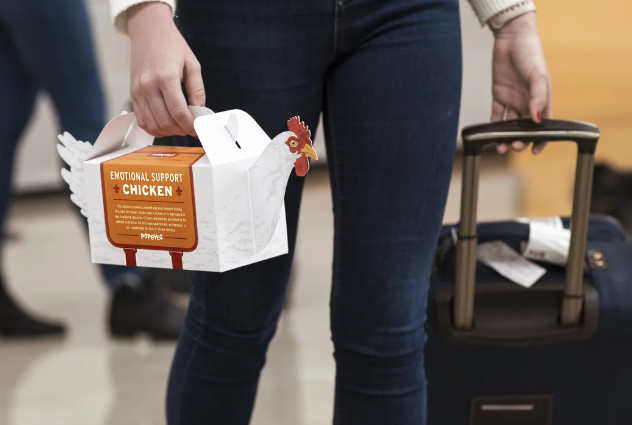 The Best Thing That Happened This Week: Emotional Support Chickens for All!

The Age Of Ugly |   The physical ugliness of the age has been cleansed by the sterile aesthetic of Silicon Valley, but the spiritual ugliness of the cultural revolution remains. Glass and stainless steel cannot mask it. That ugliness is what is fueling the populist movements. In Europe and America, the natives, physically and culturally divorced from their rulers, are now looking for alternative sources of authority. The people are recoiling at the ugly world created for them by their rulers, so the slow search for new rulers has begun. No one thinks about it quite like that yet, but in time, that corner will be turned. We’ll move from reform to the idea of starting fresh and leaving the ugliness of left-wing radicalism behind.

The blues about the blues |  This came to me as I was listening to a collection of blues solos by Gary Moore, a now-deceased Irishman who played blues with both real heart and a pyrotechnic brilliance you won’t find in Robert Johnson or (one of my own roots favorites) John Lee Hooker. And found myself flinching from the comparison; took me an act of will to name those names just now, even after I’d been steeling myself to it. 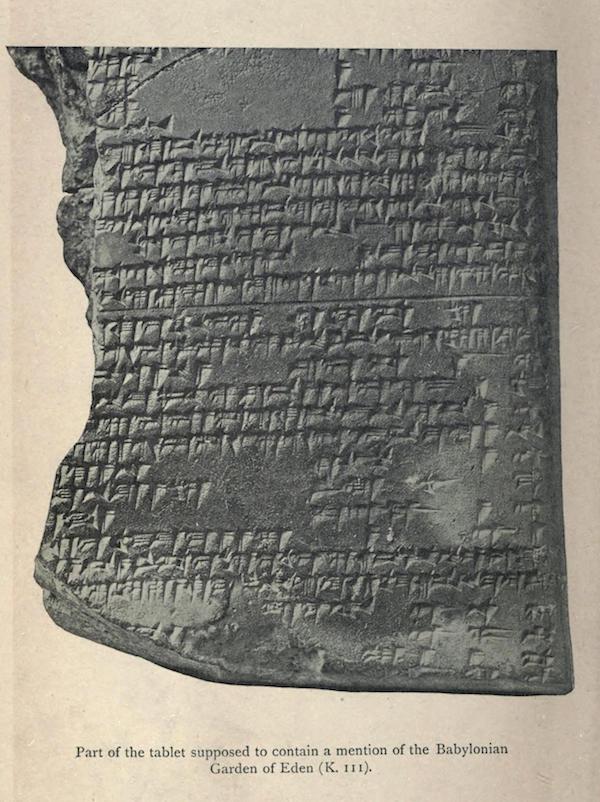 Whether thou art a ghost that hath come from the earth, or a phantom of night that hath no couch… or one that lieth dead in the desert… or a ghost unburied… or a hag-demon, or a ghoul, or a robber-sprite, or a weeping woman that hath died with a babe at the breast… Whatever thou be until thou art removed, until thou departest from the body of the man, thou shalt have no water to drink. Thou shalt not stretch forth thy hand… Into the house enter thou not. Through the fence break thou not… Spells Against the Evil Spirits of Babylonia (1903) 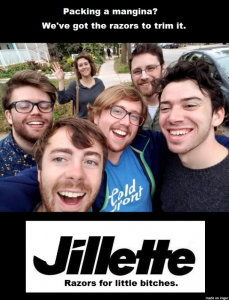 How Not To Be Stupid I defined stupidity as overlooking or dismissing conspicuously crucial information. Right? It’s crucial information, like you better pay attention to it. It’s conspicuous, like it’s right in front of your nose and yet you either overlook it or you dismiss it. How not to be stupid, what are the causes of human error—and it took me a couple of months of research just to come up with data points, because most stupidity is ignored or swept under the rug. I studied instances of scientific stupidity and literary stupidity and military stupidity and every other kind of stupidity, as well as two domains that engineer stupidity.

Underground Ecosystem More Diverse Than Life on The Surface   The subterranean biosphere reportedly contains between 15bn and 23bn tonnes of microorganisms, hundreds of times the combined weight of every human on the planet. The discovery is a result of a ten-year-long long study completed by the Deep Carbon Observatory to “understand the quantities, movements, forms, and origins of carbon inside Earth”. The Observatory says that despite intense underground conditions including immense pressure and heat, they have discovered evidence of bacteria, archaea, and other microbes 5000 meters below the surface of the earth.

Pana Wave Pana-Wave alleged that a close encounter with an undiscovered 10th planet, predicted for 15 May that year, would cause the Earth’s poles to flip over and lead to catastrophic earthquakes and tsunamis which would destroy most of humankind, and that they were looking for a safe location to ride out the catastrophe. TV images showed members dressed completely in white, complete with white hoods, surgical masks, and white boots. Their vehicles were decorated with swirl patterns which they believed neutralized the invisible waves, and even the steering wheel was covered in white plaster. Nearby trees, bushes, and crash barriers were also covered in white fabric.

We need a bigger world Everybody knows what PC is because we are all members of its church, born into it at birth.  It has sacraments like abortion, blasphemous words one cannot utter, heretical doctrines you cannot hold, individuals canonized by the media you cannot impugn and a roster of the damned with whom you cannot associate. Few say their prayers any more but multitudes spend each day sorting their trash in their backyard altars to the goddess Gaia.  Nonbelievers in Global Warming are anathematized as Deniers; virtue signaling has become the new piety.  And we are familiar with all of it because our conversion until recently seemed all but complete.

‘Ancient’ Stone Circle in Scotland Revealed to be Modern Replica At the time, it was theorized that the stone circle was somewhere between 3,500 and 4,500 years old and had piqued the interest of researchers due to its remarkably pristine condition. “It really doesn’t get much better than this,” marveled archaeologist Neil Ackerman, who was tasked with examining the site and noted that the discovery of a complete stone circle without any pieces missing was particularly unique. Alas, it turns out that the find was too good to be true as the previous owner of the farm reportedly learned about the commotion coming from his former property and contacted officials in the area with something of a confession: he built the stone circle back in the 1990s as a tribute to the ancient monuments found throughout Scotland. 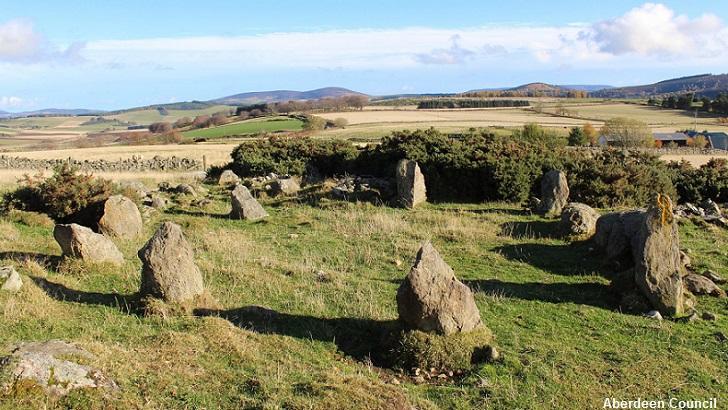 Next post: The Japanese: Nuked Too Much or Not Enough? Call for Votes.