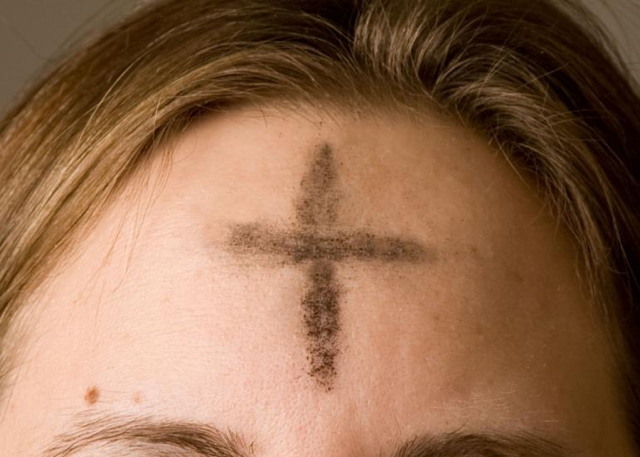 Being only a man, I often tire of the things of man; of his bottomless vanity and his endless violence which, as all the things of men must, resides in me as well as in you.

Because I do not hope to turn again
Let these words answer
For what is done, not to be done again
May the judgement not be too heavy upon us.**

Many years ago, I was browsing through a newsmagazine and came upon a photograph of the machete-hacked corpse of an African child floating like some half-chewed chunk of jetsam in a backwater of Lake Victoria. This was during what we now think of, because we have to think of it as something distinct from our normal run-of-the-mill massacres, as the Rwandan genocide.

It was a crystal clear photograph showcasing an act of genocide like any other, only the meaningless details changed: children, machetes, an African lake. As a professional in the pornography of violence, the photographer had gotten in close. The child’s eyes could be seen. They were without pupils, the irises congealed into a dead fish-belly white; the white of clotted milk. The photographer had done his job well. The smell of it came off the page….

Let the whiteness of bones atone to forgetfulness.
There is no life in them. As I am forgotten
And would be forgotten, so I would forget
Thus devoted, concentrated in purpose. And God said
Prophesy to the wind, to the wind only for only
The wind will listen.

I thought then, looking at the eyes in the face of the ruined child in that photograph, that if that child’s eyes could reflect anything they would reflect everything — every thing — we are.

And in those moments, looking on that picture, I came to know a despair that went beyond any puling despair for my miserable self, one that went out and went out from that photograph, like the ripples from a pebble dropped into dark water, until they lapped up against everything in the world, and rendered it all into hacked meat and mute purposeless matter. And I despised the world, and all of humanity, and, indeed, God himself. But most of all, I despised myself.

At the first turning of the second stair
I turned and saw below
The same shape twisted on the banister
Under the vapour in the fetid air
Struggling with the devil of the stairs who wears
The deceitul face of hope and of despair.

I despised myself for the reaction I was having to a mere photograph. I despised myself for having the ability to look upon it, to really study it, to feel the revulsion, and then simply put it down and walk away from it; no doubt to a reasonably good dinner. For that was what I had scheduled for myself later that day. After all, a good dinner at a good restaurant was a reasonable reward for another day at work in New York City. Wasn’t it?

At the second turning of the second stair
I left them twisting, turning below;
There were no more faces and the stair was dark,
Damp, jagged, like an old man’s mouth driveling, beyond repair,
Or the toothed gullet of an aged shark.

I’d like to say that I did not go to that dinner and I did not enjoy myself, but I did. The moment with the photograph was, for the evening, forgotten enough. It never even came up. Not really the sort of thing you want to chat about over a roasted duck with cranberry sauce and your standard big California Red, is it?

The child rotting in the brackish water was, after all, not a child at all. The child was long since buried or left to dissolve as mere carrion. What had disturbed me was only the abstraction of a child snagged out of the world with photographic film, transmitted across the oceans via orbiting satellites. printed up on sheets of flimsy paper, and delivered to me and millions of others on a weekly basis…. to what purpose?

Because I needed to know?  What did I know?  That we are, each and every one of us, capable of the darkest evil? That much I’d known long before I’d known it.

Did I study it because I needed more confirmation? I’d long been confirmed. And yet the image stuck in my mind, not as an obsession, but as an unbidden harbinger. And in time, I came to know its purpose.

Its purpose was to teach me to hate God.

I’d never practiced that sort of hate before. I’d never hated God at all in all the years I had been “away.” At most, my inclination towards God was a kind of studied indifference. It was a casual pose, admired by many and practiced by most of my generation for decades. It was cool and in this age cool trumps everything.

Being a man, and a weak one at that, this unthinking indifference is more persistent than hate. It abides with me today — most days.

I am, as I have remarked before, a Christian in crisis only. Only when my happy little world is darkened by something that seems to me at the time to bring down pain and confusion, do I remember Christ and seek Him. It’s a shabby sort of religion, I know, but at least it is a religion of a sort.

It was not a religion of that sort during the several years I hated Him. It was a white-hot kind of religion. I sought out His hand and His works in all the dark reports that deluge us all on a daily basis. I studied the latest news and kept a clipping file of outrage stored in my soul. I worked on it.

Childhood leukemia? God’s on the job.

A close friend is shot-gunned on 14th street in a mugging? God’s there pulling the trigger.

Yet another mass grave dug up in yet another subdivision of Hell in Europe, Africa, the Middle East? God’s working the back-hoe.

It’s a tough and dirty job and nobody but God has the moral clarity to do it. He’s the original Bastard. A real Professional. To top it all off He had billions of fools convinced of His mercy and His goodness. They were all ready to tell you that “God so loved the world….”

Really? I was a tough-minded secularist with the kind of soul that looked at the pictures of life with a hard, unblinking eye. Oh, yeah? Show me.

Any God that had the power to do good and yet allowed evil to exist and to prevail, why that God was….. It’s an old standard, you know the tune and you know the words. I’m not going to sing it again here.

It was a jester that stopped my hate of God. Not a great jester, I’ll grant you, but a jester just the same. He used to caper for donations in the Central Park Zoo. Perhaps he capers there today. I wouldn’t know.

Since this jester’s act was pitched towards small humans with no more than five or six years of experience in the world, the only people that ever stopped and listened and watched him were little children with their parents or nannies.

And on one particular day, for no clear reason, myself.

The Jester would clear a circle near the seals and perform a few bits of juggling and some pratfalls. There would be some gentle mocking of the kids’ parents, a bit of mime, and a dollop of buffo slapstick. Then he’d go into his finale.

The finale was always the same. It was a frantic dance and pantomime done to a tune blasting from his boom-box. The tune was an old spiritual, “O Sinnerman.” It’s another old standard we all know, but it sounded different to me on that afternoon in the park in early spring:

Run to the mountain.
The mountain won’t hide you.
Run to the sea.
The sea will not have you.
And run to your grave.
Your grave will not hold you.
All on that day.

This frantic show was obviously not being performed for me. I don’t even remember why I was in the zoo at that time.

The world doesn’t circle around anyone of us, but it does, from time to time, pick up its cues. And, since I tend to see the world with the eyes of a poet, I’m always alert to the subtext of experience.

I say “I” because I don’t know any other way to name the observing presence that seems to always be riding on the saddle of my self-awareness. It really doesn’t have a lot to do with me as a person and there are plenty of times I could do without it quite nicely, thank you. But I heed the voice when it has something of value to say, even if comes disguised as a mindless song out of a corny half-baked 20th-century jester in fading makeup and tatterdemalion.

For me, the voice said something like, “Oh, come off it and cop to your own shortcomings. I gave you everything there is and now you want Me to fix it? Be glad I made it fixable. And, if I hadn’t made it the way it is, there’d be no you hanging around to hate Me, would there?”

And my hatred of God left me.

There wasn’t any kind of great switcheroo where my hatred was replaced with love and the peace that passeth all understanding. It wasn’t a replacement. It was a departure. And nobody waved goodbye. Least of all me.

And let my cry come unto Thee.