On the Road: “Whither goest thou, America, in thy shiny car in the night?” 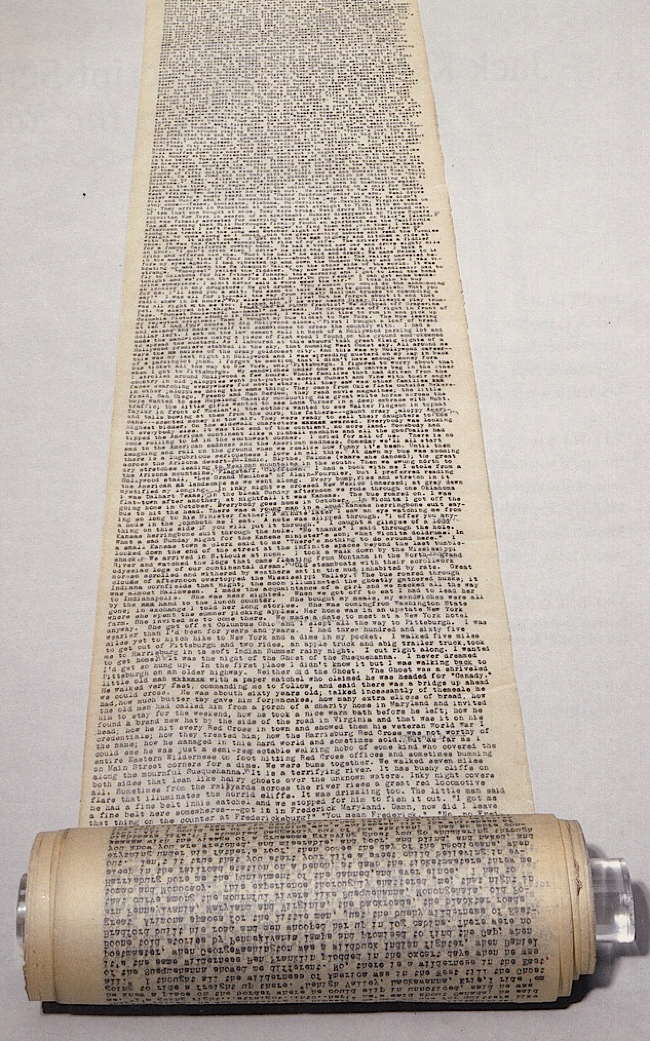 Jack Kerouac: The Scroll Manuscript of “On The Road”

“I first met Dean not long after my wife and I split up. I had just gotten over a serious illness that I won’t bother to talk about, except that it had something to do with the miserably weary split-up and my feeling that everything was dead. With the coming of Dean Moriarty began the part of my life you could call my life on the road. Before that I’d often dreamed of going West to see the country, always vaguely planning and never taking off. Dean is the perfect guy for the road because he actually was born on the road, when his parents were passing through Salt Lake City in 1926, in a jalopy, on their way to Los Angeles. First reports of him came to me through Chad King, who’d shown me a few letters from him written in a New Mexico reform school. I was tremendously interested in the letters because they so naively and sweetly asked Chad to teach him all about Nietzsche and all the wonderful intellectual things that Chad knew. At one point Carlo and I talked about the letters and wondered if we would ever meet the strange Dean Moriarty. This is all far back, when Dean was not the way he is today, when he was a young jailkid shrouded in mystery. Then news came that Dean was out of reform school and was coming to New York for the first time; also there was talk that he had just married a girl called Marylou….” 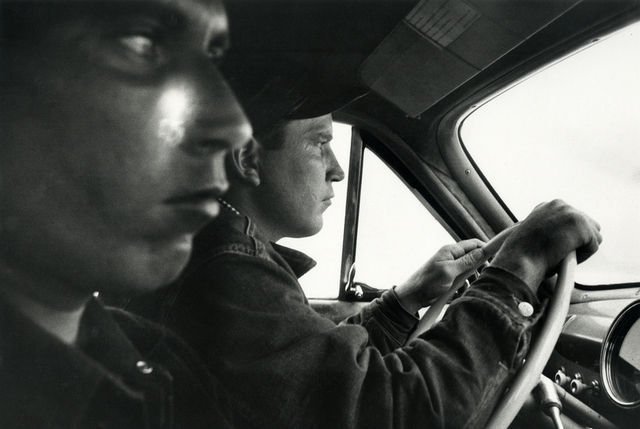 “So in America when the sun goes down and I sit on the old broken-down river pier watching the long, long skies over New Jersey and sense all that raw land that rolls in one unbelievable huge bulge over to the West Coast, and all that road going, all the people dreaming in the immensity of it, and in Iowa I know by now the children must be crying in the land where they let the children cry, and tonight the stars’ll be out, and don’t you know that God is Pooh Bear? the evening star must be drooping and shedding her sparkler dims on the prairie, which is just before the coming of complete night that blesses the earth, darkens all rivers, cups the peaks and folds the final shore in, and nobody, nobody knows what’s going to happen to anybody besides the forlorn rags of growing old, I think of Dean Moriarty, I even think of Old Dean Moriarty the father we never found, I think of Dean Moriarty.”

– – On the Road, First and Last Paragraphs

Previous post: Rifles In The Dark by Dark Triad Man