Long But Fascinating: The Kekulé Problem. Where did language come from? 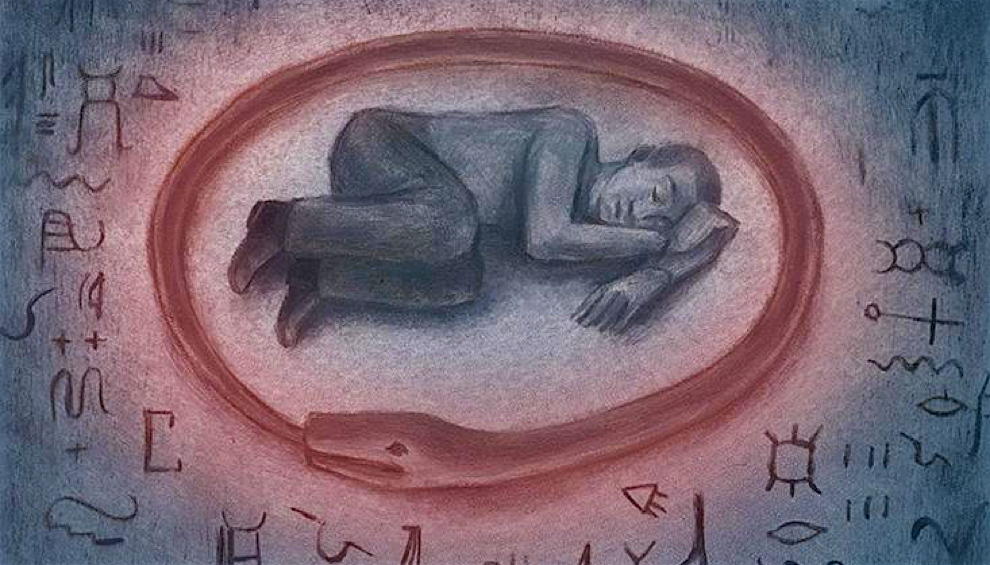 “The unconscious is a machine for operating an animal.”

All animals have an unconscious. If they didn’t they would be plants. We may sometimes credit ours with duties it doesn’t actually perform. Systems at a certain level of necessity may require their own mechanics of governance. Breathing, for instance, is not controlled by the unconscious but by the pons and the medulla oblongata, two systems located in the brainstem. Except of course in the case of cetaceans, who have to breathe when they come up for air. An autonomous system wouldn’t work here. The first dolphin anesthetized on an operating table simply died. (How do they sleep? With half of their brain alternately.) But the duties of the unconscious are beyond counting. Everything from scratching an itch to solving math problems.

I’ve pointed out to some of my mathematical friends that the unconscious appears to be better at math than they are. My friend George Zweig calls this the Night Shift. Bear in mind that the unconscious has no pencil or notepad and certainly no eraser. That it does solve problems in mathematics is indisputable. How does it go about it? When I’ve suggested to my friends that it may well do it without using numbers, most of them thought—after a while—that this was a possibility. How, we don’t know. Just as we don’t know how it is that we manage to talk. If I am talking to you then I can hardly be crafting at the same time the sentences that are to follow what I am now saying. I am totally occupied in talking to you. Nor can some part of my mind be assembling these sentences and then saying them to me so that I can repeat them. Aside from the fact that I am busy this would be to evoke an endless regress. The truth is that there is a process here to which we have no access. It is a mystery opaque to total blackness.

So what are we saying here? That some unknown thinker sat up one night in his cave and said: Wow. One thing can be another thing. Yes. Of course that’s what we are saying. Except that he didnt say it because there was no language for him to say it in. For the time being he had to settle for just thinking it. And when did this take place? Our influential persons claim to have no idea. Of course they dont think that it took place at all. But aside from that. One hundred thousand years ago? Half a million? Longer? Actually a hundred thousand would be a pretty good guess. It dates the earliest known graphics—found in the Blombo’s Cave in South Africa. These scratchings have everything to do with our chap waking up in his cave. For while it is fairly certain that art preceded language it probably didn’t precede it by much.

One hundred thousand years is pretty much an eyeblink. But two million years is not. This is, rather loosely, the length of time in which our unconscious has been organizing and directing our lives. And without language you will note. At least for all but that recent blink. How does it tell us where and when to scratch? We dont know. We just know that it’s good at it. But the fact that the unconscious prefers avoiding verbal instructions pretty much altogether—even where they would appear to be quite useful—suggests rather strongly that it doesn’t much like language and even that it doesn’t trust it. And why is that? How about for the good and sufficient reason that it has been getting along quite well without it for a couple of million years?

FULL ARTICLE HERE AT NAUTIL.US Cormac McCarthy on the Origin of Language